When you talk to people about pets, snakes are hardly the first thing that come to mind. Most people prefer to go with cats, dogs, and friendly birds. There are very few people who would think about having a reptile or a snake creeping around their house. However, this doesn’t mean that they cannot be kept as pets.

Over the past decade, snakes have become popular in houses and have even become widely accepted. The corn snake is one such species that is chosen by individuals for its long life span and unique traits.

What Is a Corn Snake?

This snake is quite misunderstood by a lot of people due to its threatening appearance and ability to climb trees or surfaces that are high. Since it resembles a deadly copperhead, it is often beaten, injured, or killed in fear. In reality, corn snakes are very different.

You may not know this, but this species is very harmless and has no venom that can prove to be fatal for humans. In fact, corn snakes are actually good to have around since they prey on rats or rodents that could be spreading disease around the house or causing damage on farms.

They are typically native to the Southern region of the United States and become dormant during the winters as warmer climates are better for their survival.

How to Identify a Corn Snake

There are quite a few things to keep in mind about the appearance of a corn snake. The ones that are found in the wilderness are usually around three to five feet long, which means that they can be 60 to 80 inches. As mentioned above, a corn snake may resemble a copperhead, but you could identify it by its build and colors.

Most corn snakes are slim and have bright or pale colors that come in a lot of variations. The shape of their pupils is also circular and they lack the sensing pits that detect heat. While these are the common traits that could help you distinguish between corn snakes and others, you should keep in mind that the ones bred in captivity have different patterns as well.

How Long Do Corn Snakes Live?

This brings us to the most important question that must have crossed your mind by now, how long do corn snakes live? Well, surprisingly, there are two scenarios that you should know about before finding the answer to it. One is the natural habitat of a corn snake, which impacts its way of living and can shorten its life span at times as well.

The other is captivity where the chances of survival become high for this species and they can last for years. According to experts, a corn snake can live between six to eight years on average in wild forests or land. With breeders or as pets, this creature’s life span increases more than 20 years.

On average, corn snakes in captivity can live 10 to 15 years if given the right care and treatment. So if you get one as a pet in your teens, it could last you through most of your adult life.

What to Know About Corn Snakes

There are a lot of factors that affect the life span of corn snakes. In case you are thinking of keeping one as a pet, you should know about a few of those. Their diet and environment has a direct impact on their health and can make sure that it stays with you for at least a decade or more.

You may be surprised to know that the longest living corn snake on record was older than 32 years. The best place to keep a corn snake is in an aquarium, which shouldn’t necessarily be filled with water.

These snakes require an environment that is close to their natural habitat in the wild. So you can add water to the tank up to a low level that ensures the comfort of the creature. They only need enough to drink and stay slightly wet.

If you want to know about how long do corn snakes live, you should be well-informed about their diet and feeding preferences. Corn snakes prefer to eat mice or small prey that they can easily find in forests and sometimes on private property as well.

Like most reptiles, they also do not require regular feeding and only eat once or twice throughout a week when fully grown. You can give them a similar diet of rodents or quail if available or look for other animals that they may usually prefer.

It is important to make sure that the tank or place where these corn snakes are kept is cleaned thoroughly and has no bacteria because they can catch different infections and fall sick. Other than that, these reptiles are cold-blooded so the temperature needs to be maintained to provide warmth as well.

Some people like to add leaves or tree branches since corn snakes like to climb them and they can help maintain an ideal climate as well. If you want to decrease the temperature, you should keep it at above 70 Fahrenheit in all situations.

At times, cooler temperatures can cause problems for corn snakes in captivity and result in health problems, which reduce their life span.

Corn snakes can experience different issues that are quite harmful and dangerous if not treated properly on time. The corn snake you have can develop fungal infections or respiratory disease that will prevent them from breathing properly.

There is also a common issue known as “mouth rot” that results in severe inflammation. Ultimately, this can cause corn snakes to lose some of their teeth. It’s quite easy to miss as people rarely look close enough to see for something wrong around the mouth.

The other thing to watch out for is dermatitis, which damages the skin of the creature and leads to blisters that can prevent movement. If any of these problems begin to develop, you should take your corn snake to a vet who will prescribe treatment or medicine. In case it is not handled in time, these pets could be lost.

Corn snakes can be very exotic pets but they need to be taken care of in the best way possible. If you can invest your time and effort into their maintenance, then you should think about having one as a pet. Otherwise, corn snakes are well off in their own habitat. They can survive better in captivity and live for more than two to three decades as pets. 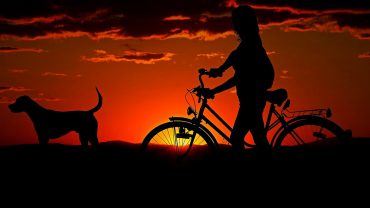