As such, there are always going to be people who are willing to take the risk of being bitten by the snake to care for it as a pet. There are also people who recommend that having one in your yard can be beneficial for keeping pests out, as long as you don’t have any pets that the snake would see as prey. If you are interested in having a copperhead snake as a pet or as an animal that lives on your property, the best thing you can do is choose to learn more about it.

The more you know about the snake and its habits, the more you will be able to care for it, be aware of it, and know how to act around it. If you plan on caring for one, one thing to keep in mind is that because it is considered to be a fairly painful and venomous bite, you should know what you are doing and be guided by an expert.

The good news about the copperhead snake, if you see one on your property, is that it is very unlikely that it will kill you. These snakes are venomous, but the venom is not particularly potent. It will hurt, and it will be unpleasant for a while if you are bitten, but most people will not die or have lasting effects from the bite.

Approximately 7,000 to 8,000 people are bitten annually in the United States by these snakes, and with those numbers in mind, there are about five people per year who die due to these bites. The people who should be the most worried about them are children, the elderly, people with immunocompromising illnesses (or on medications that suppress the immune system), and those who are allergic to the venom.

The risk of lasting injury is increased if you do not seek medical treatment. Not only can the medical professionals assist and perform emergency treatment in the case of an allergic reaction, but they can also instruct you on how to prevent infection and to do proper wound care, which reduces the chances of a lasting injury to come from the copperhead. With that being said, most cases of copperhead bites only require observation to ensure that these things do not happen.

Where Do They Live?

Copperhead snakes are found all across the United States, ranging from the southern portion of New England to the border of Mexico and the western edge of Texas. Some areas of the country may have different subspecies of copperheads, but they are still considered the same because there are no drastic differences in behavior or what they can do to you.

Most of these snakes are tolerant to just about any habitat they find themselves in. They do have a preference for woodlands and forest-like habitats, but in the case of living in the deserts of Texas, they can make do without them. They prefer to live in an area known as an ecotone, which is where one ecological community transitions into another, such as desert oases, canyons, and thickets near bodies of water.

They can also survive well enough in urban habitats, although they won’t commonly be found in large cities because of the lack of comfortable areas. There have been cases of them living in wood piles, farms, junkyards, and abandoned construction areas. In these areas, they simply enjoy living underneath large, flat surfaces.

What About Their Young?

If you are interested in being on the lookout for a baby copperhead snake, you will typically want to do so in the late summer to early fall. They tend to breed around the spring season and birth their young a few months later. There are a few instances of the snakes breeding during fall and birthing to snakes in the winter or early spring though, so you may never know.

Mother snakes tend to give birth to anywhere between 4 and 21 live, young snakes that are going to be fairly mature already. The mothers will care for the snakes for a little while, helping to keep them warm until they are ready to go off into the world on their own. The parent snakes will typically be aggressive around their young so that they can protect them, so keep this in mind if you are breeding the young snakes in captivity.

If you are caring for a baby and the mother either isn’t there or you adopted a baby snake specifically, you will want to feed it insects before it is capable of eating larger animals such as mice, frogs, lizards, and birds. It may take a bit before a copperhead baby is ready to eat larger prey, so it is important to be patient with them.

Copperhead snakes are known for being a fairly aggressive species of snake. Their mating behaviors are aggressive, they tend to strike without warning, and they are territorial animals. This is incredibly important to keep in mind no matter if you want to be mindful of the snake in your yard or you are raising your own snake. You should expect them not to be friendly toward you.

Another thing to consider is that despite their aggressive nature, they are fairly social snakes, which is not the most common thing to see. If you are planning to keep them, or if you see a lone snake in your yard, you might come to expect more snakes in your future. They tend to live in clusters of other snakes in their own little social groups and they aren’t particularly hostile toward their own group outside of mating seasons.

What Should You Expect if You Are Planning to Keep a Snake?

One of the first things you should note, if you are planning to keep a copperhead, is that despite how few requirements they have for a comfortable environment, they are not considered a beginner pet. In fact, only experienced snake handlers should think about getting a copperhead snake. There are a few different reasons for this.

The biggest issue is the fact that they are aggressive, unpredictable, and tend to strike without warning coupled with the fact that they are a venomous species. Someone who isn’t used to handling snakes at all is very likely to get bitten, which is something that most people don’t want to experience. They are also fairly hard to find because you need to contact a specialized breeder for them, and they aren’t inexpensive pets.

Once you get past this hurdle, they have very few requirements for their enclosure, as far as reptiles go. They are hardy and resilient and only need to be fed on a bi-weekly basis. They can live for a few decades in captivity and they can be beautiful to watch. If you are an avid snake owner and you know what you are doing, a copperhead snake can be a worthy endeavor as a pet. 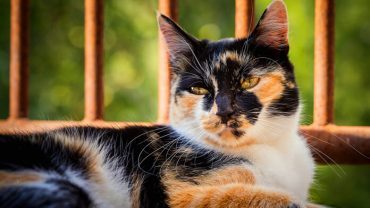