A dog’s nose has more than 220 million smell receptors. You already know that dogs have an incredibly acute sense of smell, and they use their nose in almost all cases to track down different scents. A runny nose can prove to be a major problem for dogs, especially when you consider just how important their nose is.

While nasal discharge might not mean anything to you, you should know that there are several reasons why it might occur. It could be due to excitement that the animal is unable to contain, or it could be due to a cancerous tumor developing in the nose. As you can imagine, finding the root cause is important.

Common Causes of a Runny Nose

When my dog has a runny nose, I usually don’t worry much about it. I give it a few days to see how the condition unfolds, and if it continues to remain runny, only then do I take action. There are several things that could lead to a runny nose, and some of the most common causes are given below.

Dogs are likely to develop a runny nose due to an allergy caused by a change in the season. It could also be a food-related allergy. Seasonal allergies are quite common, and could lead to rhinitis, which eventually results in a clear discharge from the dog’s nasal canals. This leads to sneezing and the dog may develop watery eyes as well.

Some dogs tend to suffer from allergies throughout the course of the year. Other dogs tend to suffer from allergies when they are exposed to an irritant. Ideally, if it is an allergy, you can deal with it quite easily. There are plenty of home remedies that you can try out. More importantly, a vet might also want to carry out allergy testing to figure out what your dog is allergic to.

Once you know the specific allergen that’s causing problems, you can just keep it away from the animal. It doesn’t require a lot of effort, but as long as you are careful, you won’t have much to worry about.

There are certain dog breeds that have compressed nasal passageways. Some dog breeds are likely to suffer from a runny nose much more than other dog breeds because of the structure of their face. Genetics and biology both play very important roles in the amount of nasal discharge or other problems that dogs suffer from.

For instance, flat-faced dogs are at a much greater risk of suffering from breathing issues as compared to other animals. Boxers and pugs are likely to suffer from these problems because with the passage of time, the cartilage (soft tissue) found in their nose begins to get weaker and weaker.

The best way to fix this problem is to take your dog for a surgery. The doctors can remove the problem. However, if you don’t want to go through with it, you should know that it’s not much of a problem. Many dogs are able to live for years without requiring any kind of intervention with a runny nose. It’s a great way for these animals to lead a long and healthy life, though it will take some time for the animal to get used to it.

Foreign bodies or irritants in the dog’s nose could lead to a runny nose as well. These irritants can create an obstruction in the nasal canals, leading to problems. Tiny things such as grass awns or foxtails could cause these problems. The dog is likely to paw at its nose constantly, and you may notice it sneezing more than usual.

Apart from that, nose bleeds are another major symptom. The best thing to do in this instance is to try and see if you can remove the problem on your own. Using a pair of tweezers, just get your dog to sit calmly while you try and pry the foreign body out of the dog’s nose.

Using a pair of tweezers or a set of thin pliers is perhaps the best way to deal with the problem. See if you can remove the object peacefully. If you are not able to do that, or if you notice your dog experiencing lots of pain while you try to pry it out, it might be a wise idea to let a vet do it. You really don’t want the animal barking out in pain or having to worry about nosebleeds later on.

Dogs are inquisitive creatures that like to poke around and sniff anything that they can. It’s one of the reasons why they are so exposed to a host of different infections, including viral, fungal, and bacterial infections. You should know that dogs are also liable to get nasal mites. These are tiny little microscopic insects that like to make their home inside your dog’s nose and reproduce.

All kinds of infections and nasal mites can eventually lead to a runny nose. That’s not all, but your dog’s nose is likely to bleed. The dog may cough a lot and might even choke on mucus. It’s important that you take the animal to the vet for treatment. Infections are not easy to treat using home remedies, especially if you don’t know what you are giving to the dog.

You have to make sure that you take the dog to a vet for treatment right away, especially if you see the animal pawing at its nose constantly. The dog might be in serious distress or pain, so it’s important that you pay attention to the signs and take action right away.

When to Visit the Vet?

As a safety measure, you should take your dog to the vet on a regular basis after every few months. The dog might be prescribed an antihistamine for treating the problem, or the vets may recommend something else. Self-medication is never a good idea for such animals. It’s always recommended that you let the vet treat the problem.

If it’s a minor problem, there’s no reason to go to the vet. However, if the issue escalates and you notice it takes longer, it’s best to take action and go to a vet. They will recommend the best course of action and prescribe suitable treatment for the animal that will relieve the pain. 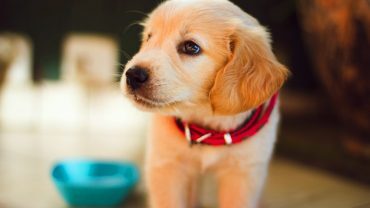