There are many cat breeds that have thick and shaggy fur, and many people are confused during the winter months about whether they should shave the cat or not. However, you should understand that the fur on your cat’s body is not the same as the hair on your head.

In fact, the fur on the cat’s body is meant to serve a variety of different functions, and simply shaving it would be a traumatic experience for your cat. The only hairless cat breed is the Sphynx, and these animals require a considerable amount of care and human input to remain safe and sound. To understand why cats should not be shaved, it’s important to figure out the functions of their fur.

Most cats have developed their fur based on the parts of the world where they originated from. For instance, the Maine Coon has a thick and shaggy appearance, with a double undercoat and a thick layer of fur. This developed over time because the animal needs to protect itself from the harsh winters that Maine is famous for.

Similarly, other breeds have done the same. Many people are under the impression that during the summer months, the heavy coats of cats usually prevents them from remaining comfortable, and that is one of the main reasons why they often consider shaving the fur. However, that’s a bad idea because the fur also helps keep the cat cool during the summer months.

It traps the cold and keeps the cat’s body temperature at nominal levels. In fact, most animals have developed such a coat, including many breeds of dogs, which keeps them warm during the winter months, and provides a bit of cold during the summer months. By removing this, you are effectively leaving your cat exposed to the elements.

The skin and the hair combined often serve as the largest sensory organ for the cat. They are not just able to monitor the environment through their fur coat, but they are also able to regulate their body temperature. The cat’s skin serves a variety of important functions, preventing any kind of dehydration and desiccation.

Apart from that, their skin is the receptor for a variety of different feelings, including touch, vibration, pressure, cold, pain, and heat. The fur coat prevents the cat’s skin from any kind of trauma, and the skin combines to protect against any noxious chemicals or harmful microorganisms from entering the system.

Not only that, but the skin and the fur combine to regulate the temperature of the cat’s body. There is a subcutaneous tissue under the cat’s skin that serves as a reservoir for electrolytes, water, proteins, carbs, and fat. More importantly, you should know that the secretions from the cat’s skin glands help moisturize the skin.

You have to understand that shaving the cat’s fur serves no purpose other than to make the animal look good in the eyes of its owner. There’s no reason for you to give the animal a lion cut or turn it into a stegosaurus; they are quite traumatic experiences for the cat and make it difficult for the animal to groom itself properly.

Many people think that the best way to avoid shedding is to shave the cat’s fur, but that’s actually not the right thing to do. We have already discussed just how it’s going to change the animal. Many cats like to lie on their back, so if you give them a stegosaurus cut, it’s going to make it difficult for the animal to lie on its back.

Furthermore, if you want to curtail shedding, giving the cat a haircut is actually not the right thing. Instead, you should consider investing in a decent grooming brush. There are quite a few different grooming brushes available in the market, and it’s generally a wise move on your part to groom the cat on a regular basis to ensure that the animal doesn’t shed as much.

Cats also groom themselves, so you will find the animal licking itself with its tongue. Their tongue has tiny spikes on it that allows the animal to straighten the hair on its own. If you cut the cat’s hair or shave it, the cat is actually going to hurt its skin whenever it tries to groom itself, and that could cause serious discomfort to the animal.

Another important function of the cat’s fur is that it prevents the animal from sunburn. You might have seen your cat lounging around in the sun or just sitting by the windowsill. That’s simply because they don’t feel the heat of the sun on their body due to the fur coat. However, if you shave the fur, it could expose the cat’s skin directly to the rays of the sun.

This can lead to sunburn, which is a major problem that you must learn how to deal with. Sunburn can cause a great deal of pain for the animal, but that’s not the only thing; sunburn can also trigger the growth of cancerous cells, and has been known to cause a variety of different kinds of cancer.

For instance, squamous cell carcinoma is quite common in cats, and is usually caused due to excessive exposure to the sun. Remember, white cats are at a higher risk of developing this kind of cancer because their fur is not able to block the harmful ultraviolet rays that emanate from the sun.

What Options Do You Have?

Shaving the fur should only be allowed when the cat is suffering from an injury or if it has just gone through a surgery. Even then, you will realize that the animal will suffer from a bit of discomfort, but the good thing about this is that their fur is going to grow back very soon.

Shaving the cat for your joy or pleasure is a bad idea, and you have to understand that it can cause mental trauma for the animal too. It’s really not something that should be done for pleasure or for aesthetics. These cats use their fur in a number of different ways, and having their skin exposed is definitely going to have some sort of a psychological as well as physical impact on the animal.

These are just some important things that you should know about why the cat’s fur should not be shaved. The cat doesn’t need it, and there are better ways to take care of the grooming problem for the animal, so avoid doing this! 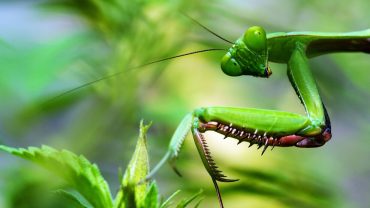