Your cat may be a furry ball of absolute cuteness, but nothing can undermine that image quite as quickly as the sight of worms wriggling along their skin – or worse, underneath it.

Worms may be as natural a part of the world as cats or humans, but that doesn’t make worm infestations in pets any less disgusting or unsettling, not to mention uncomfortable for your four-legged friend.

Getting rid of worms means knowing what to look for, so for those wondering (and Googling) “what do cat worms look like” and how to treat them, this article is for you.

It is important to note that there are two basic types of worms that typically infest cats, roundworms (for example, Toxocara Cati and Toxascaris leonine) and tapeworms (for example, Dipylidium caninum and Taenia taeniae formins). Thankfully, their non-scientific names are pretty descriptive of their appearances, with roundworms being rounded and tapeworms being flat. Roundworms can resemble worms in a garden, such as earthworms, but thinner.

A roundworm can look like the longest, thinnest, most unappetizing strand of spaghetti you’ve ever seen, albeit a bit pointed at both ends. Their eggs are sometimes present in cat feces, although they are so microscopically small that they’re practically impossible for pet owners to detect without highly advanced testing equipment. Kittens can also sometimes get roundworm larvae from their mother’s milk.

Tapeworms, by contrast, are typically longer than roundworms. Unlike roundworm eggs, you can spot tapeworms with their long, flat segments with the naked eye. They can grow to several feet long, hooking themselves to your cat’s bowels and causing parasitic problems. They can be especially problematic for cats that like to hunt, and can sometimes be passed on via fleas as well.

It is important to note that, just as roundworms and tapeworms look different, they can also cause different symptoms. As such, if you suspect your cat has worms, you may be able to tell what kind of worms they have not just by spotting them with your naked eye but by analyzing the symptoms.

Roundworms can cause symptoms such as:

Tapeworms can cause symptoms such as:

While roundworms and tapeworms are by far the most common types of wormy invaders to infest cats’ bodies, other types of worms can do so as well. Less common but often more concerning are hookworms and lungworms. Hookworms can feed off your cat’s intestines, which in extreme cases can prove fatal. Thankfully, adult cats that have been previously exposed often develop an immunity, though it’s still best to avoid them.

Lungworms, as the name would suggest, typically infest your cat’s lungs. They are less common and aren’t typically fatal in cats (though they can be in dogs) but can still cause lung damage and breathing problems. They can often be carried by snails and slugs. Symptoms include:

Can Cats Transmit Worms to Humans?

While checking your cat for worms, you may start to worry about getting infected by one yourself. It is important to note that cross-species infection varies depending on the infecting agent in question. While diseases such as whooping cough, smallpox, and COVID arose from cross-species infection, these relate to germs, and this is incredibly rare, so much so that humans can go for generations around animals without infection.

However, worms are different, and some worms can spread from cats to people. Roundworm eggs can cause problems for you as well as your cat if you happen to ingest them. This is quite rare, although there have been a few reports of children eating the eggs and suffering eye issues and even blindness. In places where roundworms are common (such as your garden), proper hygiene and gloves are important.

Tapeworm infections are much less common, although you’ve probably read horror stories online of this happening and resulting in several foot long tapeworm monstrosities, so they’re nothing to sneeze at either.

Before we get into the treatments themselves, it’s worth noting that it is far easier to prevent worms in cats than it is to treat them. Your best option here is to take your cat to the vet and have them screen for worms at least once a year. You can also keep your cat indoors, which may prevent it from hunting animals that may be carrying these worms.

A litter box can quickly become a breeding ground for worms if it isn’t cleaned properly and regularly. The same goes for your cat itself. Good hygiene is essential. Make sure you bathe your cat regularly and inspect their skin and fur for any unusual bumps. If your cat’s feces start to appear bloody, especially if they start vomiting (another occasional sign of worms), contact your vet immediately.

It should be stressed again that preventative treatments, such as washing your cat and making sure they don’t play anywhere or eat things such as soil where worms may be present, is the best way to keep them worm free. However, if despite your best efforts, your cat has still gotten worms, the good news is that there are a wide range of deworming products on the market in the United States and United Kingdom.

Deworming products come in all manner of forms, from tablets and syrups to pastes and powders to drops that are meant to be applied at the base of your cat’s skull. In terms of how to treat a cat if it has worms, that varies depending on the nature of the infection, so ask your vet.

Different deworming products are targeted toward different kinds of worms, so it is very important to read the label and see what specific type of worm they are meant to address. Some cover both roundworms and tapeworms, making them versatile deworming options. Ask your vet what kind of deworming agent is right for your cat.

No one wants to deal with the hassle of deworming their cat. However, it is essential that you do so as quickly as possible. No one wants to live with worms. A worm infestation can cause your cat a great deal of discomfort, make them quite sick and, in extreme cases, even prove fatal. Thankfully, the overwhelming majority of infestations aren’t nearly so severe as long as they’re properly treated. 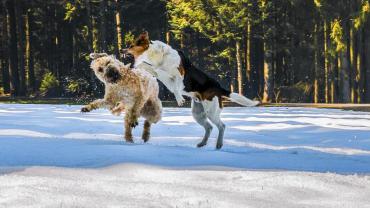