Few dogs get a worse rap from dog owners and non-dog people alike than rottweilers and pit bulls. On the one hand, you’ve probably heard your fair share of horror stories of rottweilers and pit bulls attacking people, especially children. However, as any apologetic pit bull parent or rottweiler lover will tell you, they aren’t really dangerous if they’re properly trained.

So what does that mean for a pit bull rottweiler mix? Let’s take a look at some of the pros and cons of getting a rottweiler pit bull mix and some other essential facts to keep in mind about them.

Pit bulls have a reputation for being quite loyal, and that carries over to this breed mix. Of course, loyalty is one of the big calling cards of dogs as pets the world over – just ask Odysseus, whose dog Argus waits 20 years for him to return from Troy and then dies of happiness when he does.

This is one reason why pit bulls have been used in the military. For example, the United States used them during WWI.

Rottweilers can boast a similar history of fierce loyalty and service. In fact, the Romans used them in their armies as companions for their soldiers.

Your pit bull rottweiler mix isn’t going to be doing anything like that, but if you train it properly, it can become fiercely attached to you.

To be fair, this issue isn’t unique to pit bulls or rottweilers. On the contrary, just about every dog breed you can name is more prone to some conditions than other breeds. It’s just a part of the breeding process. That said, because rottweiler pit bull mixes are on the larger side, they are susceptible to developing some of the same health issues as other large dogs.

For example, they can develop elbow and hip dysplasia as their weight puts greater strain on their body. If left unchecked, this can lead to these dogs experiencing elbow and hip pain later in life.

While vets can address many of these problems with surgery, that naturally supposes that you have the funds to pay for one. Insurance may cover this, but if not, it can cost thousands of dollars.

Some of the other size and weight-related conditions these dogs are more susceptible to include bloating, Addison’s disease, and aortic stenosis. It is therefore important that you have your dog checked regularly by a vet. The sooner they identify early warning signs for any of these conditions or others, the more likely they can nip it in the bud before your dog suffers (or the treatment costs start to skyrocket).

Let’s be honest – for as much you may love your furry friend, you probably don’t love it when it leaves fur all over the place. Not only can dog hair be a major annoyance for anyone not wanting fur all over their clothes, but it could also be a nightmare for those with allergies.

You don’t want a little thing like shedding to get in the way of loving a dog, which is why rottweiler pit bull mixes are a great option. They don’t have a ton of fur and don’t shed easily. If you have allergies or share a home with someone who does, these dogs could be the solution.

Less fur and less shedding also means that, while baths are still necessary, it’s not as pressing as it is for dogs with big long bushy coats. Washing them once a week or so should be just fine.

Even if pit bull and rottweiler lovers are set to defend them against the unfairly hyperbolic bad reputation they receive, there’s no denying that both breeds are on the aggressive side. As such, a mix of the two would almost certainly invite aggression problems as well.

Defenders of these breeds will point out that attacks aren’t the dogs’ fault but are instead a result of bad breeding or a lack thereof. They’re right, but that also underscores the importance of proper training for these breeds. It is essential that they be given a lot of attention early and often so as to avoid their worse tendencies. That takes a lot of skill and understanding.

All of these dogs need a lot of socialization. Not only does that mean giving them a lot of attention yourself, but you’ll also want to make sure that they have positive interactions with dogs to try and keep them from becoming too aggressive toward them. In short, neither pit bulls or rottweilers are ideal dogs for beginners, and a mix of the two certainly isn’t either.

The upside of that aggression is that, when properly managed, it can be channeled into strong guard dog qualities. Pit bulls and rottweilers are strong, smart, great at attacking or defending against targets, and incredibly loyal. All of these qualities make them ideal guard dogs.

These dogs have great leadership qualities as well. They aren’t the kind to hang back and defer to others when danger is afoot. They charge forward and take charge of the situation, making them a great choice for defending your home against would-be invaders.

If it hasn’t been made clear by now, a pit bull rottweiler mix is an especially demanding dog breed. Even if they aren’t overly aggressive by attacking you or others, these dogs are still likely to have a strong domination streak. They’re going to want to be top dog, and you’ll have to show them who’s boss.

Again, pit bull and rottweiler fans will point out that’s the case with any dog, and that’s true, but it’s especially true of this breed. As such, these are not dogs for the weak-willed or faint-hearted. You need to be loving, yes, but also firm with these dogs.

That’s a very delicate balance to strike, and if you aren’t experienced with these kinds of dogs, it would probably be better to hire someone who is to train and raise them for you.

It is thus essential to take the individual needs and traits of a dog into consideration before you consider adopting and raising one.

Even so, for the right kind of owner, a pit bull rottweiler mix can be an incredible blend of fierceness, loyalty, energy, and bravery. 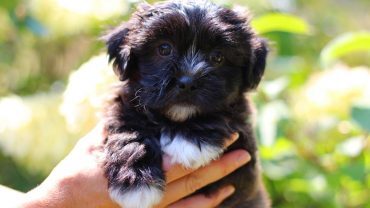