English Bull terriers are big-boned and robust dogs known specifically for their egg-shaped heads, with erect and pointed ears. These dogs were originally bred for blood sports in England in the 13th century, but by the 1830s, this practice became outlawed. However, people took the sport underground, and it became known as ‘pit fighting,’ in which two bulldogs would be set against one another and maul each other to death.

A Complete Guide on the English Bull Terrier

Bull Terriers were a product of mixed breeding to increase the likelihood of winning by incorporating other traits into the breed, such as the fiery spirit of terriers. Luckily, Britain quickly caught up with this and banned pit fighting too. Bull terriers became popular pets among gentlemen in the 1800s, and breeders worked on sweetening their temperament, eventually creating the sweet companion dog that they are today.

The English Bull terrier is a medium-sized breed, and their average height is between 58-61cm. These dogs weigh between 22-31kg and have an average lifespan of ten years and above. This dog is characterized by its physical features, in particular, its sweet egg-shaped head. Bull terriers have two-coat color varieties: white and any other color (including brindle stripes), either solid or with white markings.

You can be sure of one thing when you bring an English Bull terrier home – you’ll be adding the class clown of the dog world to your family. They are very sweet-tempered, but they absolutely love to clown around and can be quite rowdy in this sense. These dogs are full of fire and determination, and do best with active families due to their high energy levels that come in bursts.

Unfortunately, as these beautiful dogs were originally bred to fight, it is likely that your male Bull terrier will need to be the only dog in your household. They can become argumentative with other dogs, especially if they aren’t neutered. A male and female Bull terrier can live quite happily together, as well as two females. Still, ideally, whenever your Bull terrier is in the company of another dog, they should be under supervision.

Likewise, as he is a terrier, Bull terriers have very strong prey drives and are likely to cause serious injury if they get hold of their ‘prey.’ Essentially, what this means is that cats and other small animals probably don’t make the best companions for a Bull terrier, although there will be some exceptions to this rule. It’s best to avoid adopting a Bull terrier if they will be sharing their home with cats and small animals.

These dogs can be extremely territorial and protective of their families, especially when strangers are around, and this makes them excellent watchdogs. A Bull terrier may not be directly aggressive towards people, but his demeanor will often be enough to deter unwanted visitors. Some Bull terriers can become overprotective, so it’s important to socialize them from a young age.

Bull terriers will benefit from moderate daily exercise that provides both physical and mental stimulation. This can be done through nice long walks with their family, for example. Other good ways to channel your Bull terrier’s bursts of energy are through ball games and agility training.

If your Bull terrier is not comfortable around other animals, you should always walk him on a leash, and keep him under control. It’s best to avoid dog parks, but if you’re still concerned about general contact with other dogs on walks, you can get a basket muzzle.

Generally speaking, if you’re somebody who can provide them with short brisk walks, vigorous games of ball, and total immersion in the family, then the Bull terrier could make an excellent pet for you.

It’s important to train your Bull terrier from a young age, both in social interaction and obedience. While most Bull terriers approach people with a loving and friendly nature if you’re friendly toward the person too, some can demonstrate naturally protective instincts towards strangers. Early and extensive exposure to friendly people can help correct this behavior.

These dogs quickly learn the typical behaviors of a friendly person and therefore no longer consider their behavior as threatening. This also helps your Bull terrier to recognize abnormal behaviors outside of the behaviors displayed by friendly people, allowing them to distinguish between friendly and threatening people and act accordingly.

As for obedience training, these dogs are terriers, meaning that they have the tendency to be free thinkers and get a bit stubborn at times. These dogs are more interested in fun and games, and less committed to displaying much work ethic. Bull terriers do much better if you incorporate fun into their learning, so positive reinforcement with treats and toys is a good place to begin. They can also excel at a variety of dog sports, including agility and flyball. If trained positively with lots of patience, there’s absolutely no limit to what these dogs are capable of.

Bull terriers from good breeders who health-test tend to be healthy and happy family members. The AKC recommends a Bull terrier have the following health tests:

These tests are recommended because Bull terriers can be prone to heart and kidney problems, as well as luxating patellas and deafness.

English Bull Terriers have short, flat coats that require minimal brushing. Weekly brushing with a short, bristle brush or a hound glove will help to remove dirt. You should also inspect their ears on a regular basis. Finally, trimming their nails regularly is also recommended, as nails that are too long can start to cause the dog discomfort and can cause problems when they are running and walking.

Bull terriers should do well on high-quality dog food, and this can be commercially manufactured or home-prepared following guidance from your vet. Their diet should be appropriate to their age. For example, English Bull terrier puppies need more calcium in their diet than adult dogs. Some breeders feed Bull terrier puppies a small amount of yogurt in the morning and the evening. You could also add foods naturally high in calcium, such as broccoli, to their diet when they are going through periods of fast growth.

Give your dog treats in moderation. Some dogs can be more prone to obesity than others, so it’s essential to monitor their calorie intake and weight to prevent this from happening. Obesity increases the risk of many other potential health problems, so it’s wise to take precautions and avoid them altogether. You should also take into account the human foods that aren’t fit for consumption by dogs, such as chocolate, as it can be extremely toxic to them.

Always do lots of thorough research before you buy a puppy. That way, you’ll ensure that they come from a reputable breeder, and have all of their necessary health checks and vaccinations. Vaccinations start from eight weeks of age, so a puppy who is older than this should have already had their first set.

View the puppy yourself in their home to make sure that their living conditions are good, and that the parents are healthy and raised in loving homes themselves. Unfortunately, some people breed puppies purely for profit at ridiculous rates, so it’s important to know how to avoid these breeders.

Interacting with your dog before you bring them home is one of the best ways of knowing whether they’ll be a good fit for you or not, whether you get them from a rescue center or a shelter. Remember, plenty of patience is needed with Bull terriers. If you can humor this class clown for the time it takes to train them, they’ll make great pets. 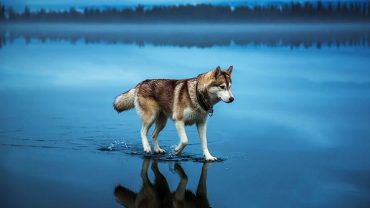