For those of you who have sometimes thought about it, dragons don’t really exist. At least the ones mentioned and depicted in fairy tales, movies, and TV shows are not found in this world. However, there is one unique kind that you can come across and that is the komodo dragon.

What to Know About Komodo Dragons

The weight of komodo dragons isn’t as baffling as their height. Due to their humongous size, komodo dragons are obvious predators, apex predators, at that. These giant lizards are capable of hunting and killing various mammals, birds, and even invertebrates.

It is also true that komodo dragons are capable of having a venomous bite. Since they have two glands in the lower jaw, these glands have toxic proteins in them. This makes them able to have venomous bites. When komodo dragons attack in groups, there is nothing that can stop them. Their hunting skills are off the charts.

Well obviously, when a 10-foot giant household lizard charges at a prey, it is only logical for the prey to freeze in fear. In all honesty though, these lizards are not your average household ones. They’re not something you want to mess with.

This brings us to the question, can you have a komodo dragon as a pet or is it too dangerous? You might want to wait a bit for the full answer because there is no short yes or no answer to this question.

First, there is no denying that having a komodo dragon or a couple of them as your pets would look quite different, to say the least. If you have one walking around in your house, flashing its giant tongue left and right every few seconds, you could become the center of attention for everyone.

Other than that, komodo dragons can also be exceptional protectors. Since they are fast, agile, and excellent hunters, they can easily fend off anyone who is trying to enter your home without permission.

Can You Keep Them?

With that being said, unfortunately, komodo dragons are also considered endangered. Why have their numbers gone down? This isn’t confirmed, but it may be due to hunting or a disturbance in their habitats. Either way, there is no changing that these lizards are protected.

So can you have a komodo dragon as your pet? The answer is no and no matter what, you cannot keep them. Komodo dragons are protected by the government and keeping them as pets will be illegal.

If, for instance, you try to remove one from its natural habitat (let’s say you are planning to take one home), you will be penalized. You can also get jail time for trying to disturb an endangered animal.

Why Is it Illegal to Own Them as Pets?

We have already lost multiple animals due to poaching, habitat loss, tourism, and other factors. As yet, the komodo dragons are not extinct. Fortunately, the governments are now taking strict action and implementing measures to protect these endangered species and prevent them from disappearing completely.

The International Union for Conservation of Nature (IUCN) enlisted the komodo dragon as vulnerable. This means that this species is under threat, and it may become extinct soon if measures are not taken.

Apart from their declining numbers, it is not advisable to have komodo dragons as pets. Let’s assume for the sake of this argument that komodo dragons are not a vulnerable species. They are there for you to keep as a pet, just like a house cat.

Let’s start with their size first. Most domesticated animals such as cats, dogs, parrots, and others are not that humongous. How would a homeowner or a local person maintain such a huge animal? Well, it can be argued then, that people keep camels, horses, cows, and snakes as pets.

But then again, those animals are still open to domestication. A komodo dragon is an animal that is not passive-aggressive. It is active-aggressive, and it can be unpredictable. Keeping an eye on such an animal can be difficult.

Furthermore, komodo dragons have a very powerful bite. This makes them extremely dangerous to be around humans. Not to mention the fact that they have venomous bites. So this combination of factors makes it difficult for people to own them as pets, even if their numbers are high enough.

Speaking of bites and venomous bites, do komodo dragons attack humans? Well, they do. Even though the number of recorded attacks aren’t a lot, they still attack humans. Komodo dragons have been known to be offensive, and they have bitten humans both in the wild and in captivity.

But, don’t worry here. It is not like komodo dragons see us as food, rather, they look at humans as a threat. In case a komodo dragon ever charges toward you, don’t assume that it sees a hamburger. It’s just trying to clear its territory.

When Do They Attack?

Most komodo dragons are like that. They attack humans when they feel like their lives are in danger. However, when komodo dragons are raised in zoos, they can be tamed. This is due to the fact that they may recognize a human as being safe, and this may prevent them from attacking them.

But if an unfamiliar person ever comes too close, you can expect the same komodo dragon to attack them. In case a komodo dragon looks tame, it may still respond in the same way to a new person as it does in the wild.

Komodo dragons have very strong jaws. Their jaws are accompanied by razor-sharp teeth that are designed to easily cut through animal fat, muscle, and skin. On top of that, they have a toxin in their saliva, and this makes them extremely good at killing their prey easily.

All and all, this might be enough to make interested people understand that it is not safe, nor legal to keep komodo dragons as pets. While it would be a unique experience if possible, these animals deserve to roam in the wild freely or in safe places where they can be monitored and kept in control by experts. However, in some facilities, their hunting ability may go down because they are given food so they don’t have to learn their natural skills. Perhaps that is why wild komodo dragons are more dangerous. 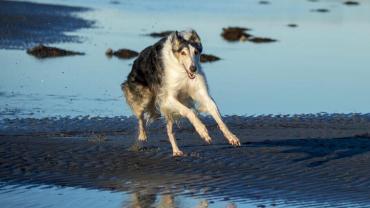