Birds are toothless since they do not have the ability to produce enamel. They have beaks rather than teeth as everyone knows. That is why seeing a close-up of a goose’s tongue and beak, and seeing teeth is so surprising. Or, at the very least, it appears that they have canines. It raises a lot of questions, whatever it may be.

One of the most asked queries is, do geese have teeth on their tongues or not? Well, the answer might require a lot of understanding and research.

Geese are poultry, and birds, as previously said, do not have teeth. They do, however, have tomia. Instead of being distinct body parts, these tomia are formed from cartilage and are attached to the tongue and beak. Nonetheless, they resemble human teeth in appearance and function.

They are not quite as sturdy and durable as actual teeth because they lack pigment and are not made of tissue, but they accomplish the same role. Geese and other beaked species such as birds and turtles can shred and slash their food with them.

The Biting Power of Tomia

Tomia are exceedingly hard and pointy, despite being formed of cartilage. This tooth-like material was created to rip through grass and aqueous foliage, as well as small animals. Geese cannot chew, so they must be able to rip their meal into minute pieces before swallowing it.

If geese attack you, they can draw blood, and they will bite if they perceive a threat. The tongue can have these serrated structures that vary in size and shape depending on the bird’s nutrition. They can also be seen in other species of birds.

The Function of Tomia on the Tongue

Tongues may appear to be an unusual location for these tomia, but there are perfectly valid reasons for it. Most grasslands, cereals, roots, and other difficult low-growing crops are eaten by geese. Before they can devour anything, they must be able to hold it, pull it apart, or uproot it.

With a sleek beak, this would be extremely difficult and ineffective. The ridges on their tongues help them grasp the grass quickly and can also help shred it up so that the geese can consume it.

Geese do not just eat plants. They consume small insects, with the assistance of their tomia. The prickly ridges on its tongue make it much simpler to grip a fleeing bug.

There are several reasons why geese are hostile, but two factors stand out. To begin with, geese are fiercely territorial. They do not like anyone in their domain, and they will not be afraid to assault someone during mating season when they have nests loaded with eggs or goslings.

The second point is that geese are accustomed to being around people. These birds have lived with us for a long period of time, and they have generally outgrown their fear of humans, particularly in urban areas. They may not want people in their area, but they do not consider us to be sufficiently dangerous to battle.

Geese may be incredibly aggressive. They are often mistaken for large ducks, and they will act like ducks, but they are completely different creatures. Ducks are smaller, weaker, and less combative than geese. If you get too close to their nest, they will hiss like a serpent and drive you away.

If a goose perceives you to be a threat, it will bite you. Keep in mind that the tomia they have can be dangerous. You do not want to get attacked by a goose. The most well-publicized incidents involve spontaneous attacks on campgrounds or surfers, but there are many others. People have also been attacked by swarms of geese after feeding them.

Tips to Avoid a Goose Attack

A goose’s hostility can be discouraged by gently departing its domain. Slowly back away while keeping calm. Do not scream or do anything else that could aggravate the situation. If you are hurt, seek medical help to determine the extent of your injuries.

It is logical that kids would want to touch or perhaps catch a goose. You should not permit them to get away with it. Kids are boisterous, quick on their feet, and harsh with animals. Those who try to touch or catch a goose will just agitate it, and you do not want the goose to bite your youngsters.

Attacks by geese are rarely fatal; the worst that can happen is cuts and scratches. So if you are faced with an aggressive goose, do not flee, and try to avoid being alarmed. Hide your head and eyes with your hands. Slowly move away until the goose no longer perceives you as a threat.

Most of these attacks are not deadly, but they show how fearless geese are of mankind. They will not discriminate between men, ladies, children, and the old. They will assault if they are feeling hostile.

Did Geese Possess Teeth in the Past?

Birds had teeth 80 to 100 million years ago, according to scientists. It is possible that larger tooth birds have become extinct, or that the teeth have been driven out of them. In any event, today’s birds have little teeth-like structures.

There were birds with canines in both jaws during the Mesozoic period. When you consider that birds and current reptiles appear to have originated from the same toothy relatives, this stands to reason. As a result, both groups had teeth at one point.

Why Did the Birds Lose Their Teeth?

There are not a lot of high-quality bird remains that can be examined for the answer. Bird feathers and tiny, hollow skeletons do not occur in nature. As a result, scientists must piece up their accounts of prehistoric birds with limited material.

Birds acquired all kinds of unique beaks suited to their diverse diets during the period when they lost their teeth, and the beaks now do the work that the mouth and teeth formerly did.

How Are People Attacked by Geese?

Since many assaults involving geese go unreported, it is difficult to estimate an actual figure. It is also difficult to pinpoint specific locations where geese have become hostile; different communities within the same town can have drastically varied attacking rates.

Parks and gardens, for example, may never be troubled by geese, whereas golf courses may have a long-term problem. One hundred and seven people were assaulted by geese in 1999, according to the US Fish and Wildlife Services Department of Migratory Birds. It is an out-of-date figure, but it provides an estimate of how common human-bird conflicts are.

Ultimately, if you have ever thought, do geese have teeth, the short answer is that they do not have the type that we know of. Like many birds, geese are skilled in their survival and can easily catch their prey with their beak. They have tomia, which appears similar to the structure of teeth but functions according to the bird’s lifestyle and needs. 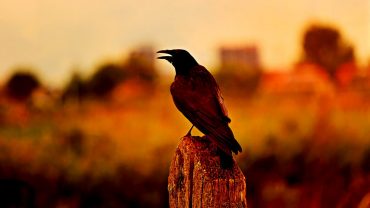