The terrier is one of the most popular dog breeds in the world. Known for its small size and strong demeanor, the terrier is loved by dog owners all over the globe. Because of its lovable traits, the terrier has been crossbred with a variety of other breeds, and has become an incredibly versatile parent.

The terrier poodle mix, also known as the Perrier or the Terri-Poo by some people, is a mixture of both the terrier and the poodle. It’s incredibly popular, and has become a famous choice for breeders. There are several things that you should know about this breed as well.

What Is This Mix?

The terrier and the poodle mix is a simple crossbreed, with one parent being the poodle and the other being any from the terrier group. The terrier group features several kinds of dogs, all of which have slightly different traits, so finding one that best suits your needs is important. The most popular breeds include the Whoodle, the Schnoodle, and the Yorkipoo.

The terrier group was originally found in Ireland, Scotland, and England. The name of the dog comes from the Latin word, “terra,” which simply means soil. Since the dog was primarily bred to hunt for smaller animals that would wreak havoc on the fields, the name definitely justifies its traits.

The terrier was responsible for running around the fields and getting rid of tiny animals and rodents that would cause damage to the fields. They would do this by digging into the ground, and getting all the way into the rodent’s tunnels. They are definitely good at it. If you have a terrier, you might have seen it digging around in the bush and getting all dirty within a few minutes.

The terrier is generally small to medium, and so is the poodle. As a result, you can’t expect their mix to grow any bigger. The only exception to this is the Giant Schnauzer, which is one of the largest dogs found in the terrier group. It can weigh up to 110 pounds, and they are generally quite slow as well. However, the most popular ones are the West Highland terriers, with their compact builds and agile frames.

Because the dog was bred for a purpose, its size was also controlled. The compact build makes it easy for the dog to easily find and burrow its way into tiny tunnels made by animals such as the marmot, rodents, or other pesky vermin. If you are going to get a mix, you should know that it might not be so keen on its hunting tendencies.

The poodle is a very laid-back breed. Poodles like to casually stroll around, and they might not jump at the sight of other animals on the horizon.

If you are going to buy a poodle and a terrier mix, it’s important that you read about their temperament as well. As always, the exact temperament of your dog is going to vary, but you will get a fairly good idea of what the animal is all about. These dogs are generally brave, independent, and love to play around. Many would consider them to be mischievous animals who always like to get their owner’s attention.

If you get a mix with a dominant terrier side, you should know that your dog is always going to be pulling on the leash. They have a tendency to hunt tiny rodents around the fields, and they are going to try to chase them as much as they can. In fact, because this is one of their instincts, they may not even listen to their owners and just take off whenever they notice something stirring in the fields.

More importantly, you should know that the terrier is a fiercely aggressive dog, and this trait usually passes over through to the mix. They are likely to show a bit of aggression toward other animals such as cats. If you have a cat in the house and are bringing a pup home, it would be a wise idea to acquaint them from an early age. This will ensure that your dog remains docile and understands which animals are off-limits for hurting!

The Ratdoodle, for instance, is a popular crossbreed that is known for hunting even tiny insects such as spiders around the house, and they make sure that your yard remains free of any rodents such as squirrels. Because of their high energy and digging instincts, you may want to hire a gardener or learn a thing or two about landscaping if you don’t want all of your soil dug up every other day from your garden!

Are These Dogs Hypoallergenic?

You should know that almost all dogs tend to shed. However, despite the thicker hair on its skin, these dogs aren’t really heavy shedders. Most of the dogs that you get from the mix are generally going to be low shedders, so you don’t have to worry about spending a lot on grooming or regular maintenance. But, you have to brush their fur on a regular basis. You will also want to groom the dog consistently to ensure that their fur doesn’t get matted.

Do They Make Good Pets?

Absolutely! The poodle and the terrier mix is a fantastic dog breed that is great for homeowners. If you don’t get to spend a lot of time with the animal, there’s nothing to worry about; just give them a few toys and they are going to play on their own. However, it’s still a wise idea to bring a companion dog home and care for the animal.

These are just a few things that you should know about the poodle and the terrier mix, which is widely considered to be one of the best breeds out there. 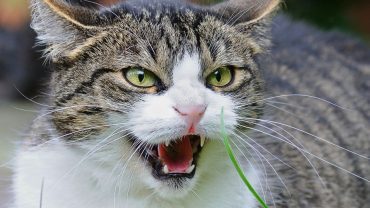