The French Bulldog has become a very popular breed of companion dogs that has spread to many parts of the globe. If you are looking for a domestic dog that doesn’t take up a lot of space and will be a close companion, the French Bulldog is definitely one of the best options available to you.

However, if you go to buy one, you will realize that the cost of a French Bulldog is generally quite high. You will have to pay a one-off fee, and the regular maintenance costs of the dog itself are also incredibly high. But why is the French Bulldog so expensive? Let’s find out.

The French Bulldog is more or less a designer breed, and breeders usually have to pay a considerable stud fee to get the dog. In many cases, artificial insemination is required, which is an expensive procedure in itself. Not only that, but you should know that French Bulldogs are not able to reproduce without requiring assistance.

In most cases, a C-section needs to be carried out to ensure that the dog is able to give birth. The French Bulldog has very narrow hips, which makes it difficult for the dog to give birth on its own. When you consider the cost of producing a French Bulldog puppy, you should know that the costs of impregnating the dog are quite high.

It can take multiple attempts to impregnate the dog, and then, you also have to consider the costs of food and vaccinations, all of which the dog requires. Once you begin to understand these costs, it becomes quite clear that this is an expensive breed, and will set you back a significant amount of money.

One of the things that you should know about this breed is that it is purely man-made. One look at the dog’s bone structure and overall features, and it becomes clear that this isn’t a dog that nature would have wanted to create. It may look very cute, but the French Bulldog suffers from a number of problems. In almost 80% of the cases, the French Bulldog is simply unable to reproduce.

The male is unable to mount the female because of the smaller hips. As a result of that, the dog must be artificially inseminated, which is an expensive procedure too. However, this isn’t the end of the problems. Once the dog has been inseminated, there’s also the small matter of the birth itself.

If you have seen the French Bulldog, you might know that the dog has a pretty large head. In fact, the head is big enough to the point that it can’t move freely through the birthing canal, and there is a risk that it might get stuck. To prevent this problem, vets usually have to conduct a Caesarean. Let’s look at these problems in detail.

Finding a Stud for Insemination

In typical situations, the breeder will look for a stud that will be willing to provide the artificial insemination. Studs aren’t usually kept on site; they are leased. Needless to say, one of the most important parts of the process is to find the right stud. The breeder must have the confidence in the dog’s health and will require extensive details regarding its parentage and history.

Stud fees themselves are quite expensive, ranging anywhere between $500 and $2,000. When you add in the overnight shipping, the costs go up by another $200. However, for the breeder, this is just the beginning. Unless the breeder knows artificial insemination, the chances of them doing it by themselves are very low.

The sperm will be checked by the vet and the vet will carry out the insemination, for which they are going to charge a fee. Usually, it’s around $100, though it can vary.

Of course, even then, there’s absolutely no guarantee that the animal will get pregnant. There’s really no guarantee at all, so it’s just a waiting game. The breeder might find themselves out of several thousand dollars with nothing to show for it.

Costs of the Birth

As mentioned, the narrow birthing canal of the French Bulldog often makes it difficult for the dog to reproduce on its own. That is why a C-section is needed, which in itself is not an affordable process. The costs of a C-section can go as high as $2,000, and start from $500. However, you can always get a less expensive option than that.

Of course, there are a few risks associated with the procedure, and while they aren’t as high, you should know that they do exist. For starters, there is a fatality rate for the mother since she receives the general anesthetic. Then, when the litter is born, there is a risk that not all of them will make it, so the nurses might have to work overtime to resuscitate the animals.

Furthermore, you should know that the C-section can’t be repeated regularly. Usually, this procedure can only be done around two to three times at most.

After that, a new female dog will be required for insemination and breeding. So, as you can see, the breeder has quite a long list of tasks laid out ahead of them when it comes to raising the French Bulldogs.

Essentially, this means that a few of the puppies might not receive the level of care and attention that they deserve in their early stages. As a result, they may become malnourished. The first few weeks are of extreme importance for the dog’s overall importance, which is why breeders are usually working overtime.

If the breeder feels that the mother is not able to pay close attention to the puppies, or a few of them, the breeder might take over the care themselves. Naturally, this turns into a full-time job, so it’s almost always a given that they are going to charge a premium for their services for the sale.

Now that you know just what goes on behind the scenes, it might be a wise idea to do your research about bringing the puppy home and how much you will have to spend. If you want a large animal in the house but don’t want a dog, you might want to consider getting a Maine Coon cat. Are Maine Coon cats good pets? Yes!

But, most people don’t want to make the switch from a dog to a cat, because both are very different in terms of their care and the love that they reciprocate. So, if you are going to get a French Bulldog, be prepared to spend a bit more! 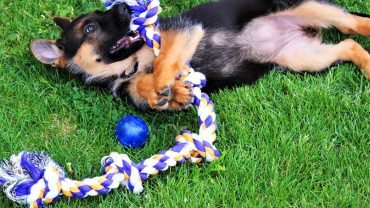