When is a sneeze just a sneeze, and when is it a sign of something more concerning? It’s a question you may find yourself asking for your own medical purposes, but it’s just as big a question to ask about your cat. As with humans, a little sneeze here or there is no big deal – it can even be kind of cute!

But when that sneezing becomes constant it can become a cause for concern.

So, for those stuck wondering, “why is my cat sneezing,” wonder and worry no longer. Let’s take a closer look at potential causes of cat sneezing problems and what you can do about it.

What to Look for #1: Frequency

The first thing you’ll want to check is how often your cat sneezes. An occasional sneeze here or there is no big deal, but if your cat is sneezing a lot or a lot of times in a row, that may be a cause for concern.

Likewise, if you notice your cat sneezing around the same time every day, or in a certain room, that could be a sign that it’s the things they are around at that time that are causing the problem.

What to Look for #2: Smells

Some workplaces tell employees not to spray perfume while at the office because doing so can cause reactions in others sensitive to strong fragrances. The same principle can hold true with cats. If they are sneezing around the same smells all the time, that may be the underlying cause.

For example, if your cat sneezes after you clean the bathroom, the smell of the cleaner could be irritating its nose.

What to Look for #3: Discharge

While sneezes on their own may not be a big deal, if you notice a lot of discharge from their eyes or nose, that could be trouble, and a sign of some of the bacterial or viral conditions mentioned below.

This is especially true if the discharge is accompanied by a lack of appetite or a loss of energy.

This can include chronic rhinitis and other chronic problems with your cat’s respiratory system. This can result from its nasal passages or immune system being damaged in such a way that their respiratory system is also affected.

What’s more, chronic conditions can in turn lead to bacterial infections, which in turn can cause the symptoms to become worse, creating a vicious cycle.

Potential symptoms can include:

If you suspect your cat may have a chronic respiratory condition, you’ll want to take it to the vet for further testing. This can include:

These conditions often do not have cures, but are highly manageable with medication and veterinary care.

As mentioned above, these are often tied to chronic respiratory conditions, though they can also occur on their own. An upper respiratory infection is also sometimes referred to as a “cat flu” and can appear to be just like a “common cold” in humans. They can be bacterial, viral, and even fungal in nature, though the latter is significantly less common.

These conditions can also include rare but severe causes, such as feline herpes.

Unlike chronic respiratory issues, which can occur intermittently over weeks or months, upper respiratory infections tend to last for a shorter period of time, at least in more straightforward cases. That said, as mentioned above, they can sometimes be tied into chronic conditions, in which case symptoms may last longer. Infections can last between 7 to 21 days, with 7 to 10 days being average.

Kittens, elderly cats, immunosuppressed cats, and unvaccinated cats are all at elevated risk for these conditions.

Potential symptoms can include:

Cats with upper respiratory conditions tend to be highly contagious to other cats. As such, if your cat is part of a shelter or multi-cat household, you’ll want to isolate it while it has this condition. It may lower the cat’s morale, but you don’t want to run the risk of getting the other cats sick.

Thankfully, there are several treatment options for these kinds of conditions in cats. If the upper respiratory infection is mild, it will usually run its course and resolve itself within a couple weeks. If it is more severe or your cat has not begun to feel better after a couple weeks, you can try:

Unsurprisingly, a problem with your cat sneezing repeatedly could mean there’s an issue with its nasal passages and sinuses. Stuffy noses and sinusitis (an inflammation of your cat’s sinuses) are common in cats, often occur together, and can sometimes occur along with upper respiratory infections.

Given how centered these conditions are on your cat’s nose, it should come as no surprise that many of the symptoms are focused there as well, including:

Diagnosing issues such as sinusitis typically involve looking at your cat’s medical history and examining it to determine if this is the most likely cause of its condition. Examinations can include a rhinoscopy, in which a small endoscope is inserted into the nose or mouth so as to visualize and examine the nasal structure. The vet may also collect nasal samples.

The most common treatments for these kinds of conditions include:

We all get allergies. However, while allergies are a common cause of sneezing in humans, it is much rarer for them to cause that in cats.

However, they can sometimes suffer from coughing, wheezing, and sneezing as well, especially if your cat has asthma.

These allergic reactions are much more comparable to hay fever in humans. They are also called “allergic rhinitis” and can result from seasonal causes such as pollen outdoors or from year-round causes such as dust and mold indoors.

While cat allergies have no cure, the most obvious course to take to minimize or eliminate symptoms is to get rid of their cause. If pollen is causing the problems, you may need to keep your cat indoors during seasons when it’s prevalent. If dust, mold, or certain substances are at fault, you’ll need to rid your home of them to make it safe for your cat.

Additionally, your vet may be able to provide you with specific dermatological advice, vaccines, medications, and special diets to help mitigate the issue.

While these issues are “nothing to sneeze at,” in the overwhelming majority of cases, the cause of your cat’s sneezing problems can be addressed by your vet. It is thus essential that you take your cat to the vet and let them examine your cat properly. 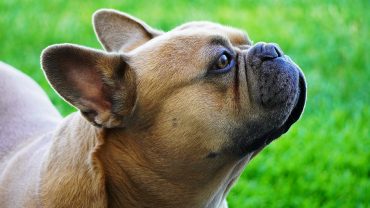