Most people can generally agree that out of all the seasonal birds that people see on a regular basis, there are very few birds that are as captivating as the hummingbird. Of course, tropical birds have stark colors and cockatiels sing, but these birds are not commonly found in the wild within the United States, unlike hummingbirds.

Whether you are interested in learning more about hummingbirds specifically or you simply want to understand what makes hummingbirds so unique compared to other birds, you might be curious to know what some of the most interesting behaviors of the hummingbird include. In many ways, hummingbirds are capable of doing things that no other birds are able to do.

Hummingbirds Are the Only Bird That Can Fly Backwards

When they beat their wings, they move them in a motion similar to a figure-eight pattern This pattern allows for the hummingbird to have more maneuverability than most other birds by twisting their arms, gaining lift, and keeping themselves afloat in the air. For these reasons, hummingbirds are often regarded as one of the most agile birds in the world.

Hummingbirds Are Talented at Hovering in Place

While many birds can mimic the appearance of hovering, hummingbirds are the only bird that truly hovers. Much as their method of flight allows for them to move backwards, it also allows for the hummingbird to fly directly up or down, unlike most other birds. By beating its wings and staying still, hummingbirds can effectively hover over their flower or feeder of choice to drink the nectar from it.

So, what makes them different from other birds? Other birds who can mimic hovering can often only do so for a short period of time. Good examples of birds that can do this include ospreys, kingfishers, and some species of raptor birds. Their bodies and wings are not designed for this type of flight, but when a situation calls for it, they are able to do so.

Another difference is that birds who can mimic hovering often require a specific type of wind to do so, flying into headwinds to maintain their position in the air. Hummingbirds, on the other hand, do not require this type of atmosphere, as they are able to hover in completely still air because they hover thanks to their wings alone.

Hummingbirds May Hover Right in Front of People’s Faces

One of the most well-known examples of hummingbirds hovering is when they have a tendency to hover in people’s faces. Because this is obviously quite distracting, there are plenty of people who may begin to wonder why do hummingbirds hover in your face, and the answer to this is fairly straightforward.

Hummingbirds are prey animals, often having many predators in the wild, but this doesn’t stop their inquisitive, territorial, and curious nature. To a hummingbird, a human is a strange creature that could be a threat, but is also responsible for adding nectar to the feeders that the hummingbird drinks from. If a hummingbird feels comfortable enough, it may hover directly in front of your face to get a better look at you.

This is done entirely out of curiosity, and should be regarded as an exciting experience. Hummingbirds are flighty and skittish, so it is rare that they work up the courage to face a human head-on, especially when humans are so many times larger than the hummingbird itself. You should be mindful, though, as humans can easily injure a hummingbird even if they don’t mean to. If a hummingbird is hovering in front of you, you should stay in place and let it investigate without trying to swat it away.

Hummingbirds Will Build Nests From Spiderwebs

As with just about any type of bird out there, hummingbirds build nests for themselves when it is time to lay eggs during the peak of mating season. Hummingbird nests are small and easy to miss. Part of this is due to the fact that hummingbirds are already small and their young are even smaller, so it makes sense that they wouldn’t need to have a large nest to care for themselves.

Part of this fact comes from the fact that hummingbirds are known for building their nests out of materials that are just as delicate as the bird itself. Some of the most common materials that the hummingbird will choose to use includes lichen, moss, grass, and even delicate spiderwebs to hold it all together.

Hummingbirds Are Incapable of Smell

While one might think that hummingbirds and other animals that drink pollen would find their food through scent, hummingbirds are incapable of smelling. This means that rather than coming to your garden because it smelled the sweet aroma of nectar, chances are that the hummingbird came to your yard because of the bright colors.

In order to compensate for the fact that hummingbirds cannot smell, they instead have excellent color vision compared to most other birds. They are able to see the vibrant shades of red, yellow, and orange that make up the flowers they typically feed from. It is for this reason that most hummingbird feeders are decorated with a vivid red color to attract the hummingbird by sight alone.

If you are interested in bringing more hummingbirds to your yard, consider adding more objects that fall within the spectrum of red, orange, and yellow. These are the colors that have been proven to be the most attractive to hummingbirds of all species.

With as small as hummingbirds are, it makes sense that their legs are even smaller, thinner, and more delicate than most other birds out there, especially compared to birds of prey who use their talons for the purpose of hunting. By comparison, hummingbirds really only ever use their feet for gripping objects, as hummingbirds typically hover and fly when they need to move somewhere.

If a hummingbird is on the ground and needs to move around, it must fly. Hummingbirds cannot use their legs to move on the ground, as they are unable to walk or hop. Instead, the most that their little legs can do is move sideways and perch themselves on a branch.

When all is said and done, hummingbirds are a fascinatingly unique type of bird. They deserve all of the admiration, legends, and myths that surround them because there are so many facets of a hummingbird that make it different from other birds.

Between a hummingbird’s ability to hover and fly backwards to its natural curiosity and braveness in the face of an unknown creature, hummingbirds are enjoyable to watch, observe, and study for all of the reasons that are listed above. 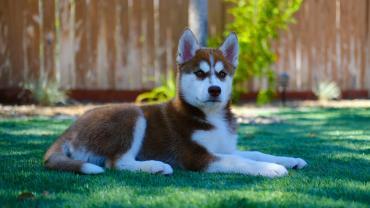