Hummingbirds are commonly sought after by people who want to be able to see these gorgeous and unique birds frequent their backyards.

However, a lot of people do not realize that these small and delicate birds are incredibly aggressive toward each other. This is often due to the fact that their food is somewhat scarce naturally, and this aggression is so deeply ingrained into their behavior that they do not understand that feeders will always be there with fresh food.

As such, there’s a good chance that you will witness hummingbirds chasing each other around and engaging in other territorial behaviors, leading you to wonder why do hummingbirds chase each other. There are actually quite a few reasons, ranging from playfulness to courtship to aggression.

What Are the Signs of Aggression in Hummingbirds?

Despite their small bodies, hummingbirds are capable of showing aggression in quite a few different ways. Different species will prefer to use different signs predominantly, but most hummingbirds will go through all of these signs of aggression if they feel that there is a threat that needs to be chased away.

Hummingbirds will often let out a specific sound that comes across as a fast-paced buzz or chitter to try to warn the perceived intruder that it is intruding. Hummingbirds will also begin posturing as a way to show off their size and strength to ward off the offensive bird.

When these do not work, the hummingbird will escalate into diving, chasing, and fighting with the intruder until it leaves, dies, or the hummingbird is too injured to continue.

One of the most common problems that people will encounter is the fact that hummingbirds will often chase, dive, and display themselves when it is mating season and when they are playing with other birds in a friendly manner and not an aggressive one.

Before you begin moving feeders and taking the effort to reduce aggression, you will want to make sure that the hummingbirds in your yard are not actually angry with each other.

One of the reasons why hummingbirds chase each other non-aggressively is because of how often they display their aggressive behaviors. Both sexes of hummingbird will encounter situations when they need to chase intruders away, so to court another bird, they will often engage in a more playful version of chase. There are three main behaviors to look out for.

Chasing that is done in fun and playfulness is rather distinct from aggressive chasing once you know what to look for. It will often resemble a game of cat and mouse, with one bird chasing the other, although there will be no warning sounds or attacking. Chances are that if you see this behavior during the mating season of hummingbirds, which varies between species, you are witnessing a playful chase rather than a territorial one.

One of these displays is known as the dive display, which is done by male hummingbirds to attract the attention of the female bird. The male will speed up, rising as high in the air as 60 to 130 feet before making a nosedive for the ground and avoiding crashing at the last second.

There will often be a distinct honking sound, which there is some dispute about whether that comes from the tail feathers or is a vocalization. This display will be repeated between three and four times.

The second display you will commonly see is known as the shuttle display and is considered to be a more intimate and seductive way to court a female bird. The male bird will fly around the female bird in a U shape while singing to the female, swinging from side to side in the process. If the female hummingbird is impressed, she will join this display, which can often look like chasing to someone who does not know what is happening.

Identifying the Posture of an Aggressive Hummingbird

When hummingbirds are acting aggressively and not acting out displays of courtship, there will be a few distinct signs that there is something different happening. Besides the warning sounds that will get louder and louder the longer the offending bird stays, the aggressive hummingbird will often try to posture itself to try and show off how strong it is.

When posturing, hummingbirds will spread and flare their tails and wings in an effort to appear larger, as is tradition for many small prey animals to do. They will also flare their gorget, otherwise known as their brightly colored throat feathers. This is a signal of power to the offending bird. If that is not enough to ward off the bird causing the problems, the hummingbird will then point its bill at the other bird as a way of showing that it is ready to defend its territory.

All of this posturing will almost double the hummingbird’s size due to the flared feathers and it is often done so voraciously that it is meant to show the offending bird that the hummingbird is strong and ready to take on any enemy it sees.

There are several different species of hummingbird out there, equaling a little over 330 species. As such, there is going to be some degree of variation between the ways that these birds act, with some hummingbird species being more aggressive and others preferring to stay out of conflict.

Some hummingbirds prefer to fight to establish their territory during the spring before migrating to warmer weather after spring has passed. Other hummingbirds, particularly the ones that do not migrate, will pick fights over food rather than nests.

How Can You Reduce Aggression in Hummingbirds?

Now that you have a good understanding of what goes into territorialism in hummingbirds, you can try to take the steps to reduce the amount of fighting that hummingbirds go through. With as aggressive as these birds are, you will never be able to completely stop the aggressive displays, but you can prevent fighting over food by doing a few different things with your feeders.

You can also try and eliminate stress in the hummingbird’s environment. This isn’t always possible, but it can help reduce aggression if the hummingbirds no longer have a reason to defend their territory so vehemently. Try and see if there are things that would stress a hummingbird out, such as a lurking predator, songbirds, or outdoor cats.

A lot of people are surprised to learn that hummingbirds are as aggressive as they are. By being able to recognize the differences between aggressive displays and courtship displays, you can get a good sense of the level of bird aggression in your yard.

If you realize that the birds on your property are quite aggressive, you can alter feeders, perches, and protect your yard from threats to try and help assuage the aggression that your backyard hummingbirds are feeling. 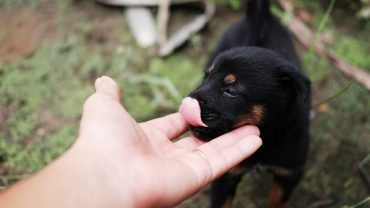