There are hundreds of species of hummingbird that can be found, all in unique habitats and with their own lifestyles and traits that make them unique. Hummingbirds are the type of bird to live where they are able to thrive, moving around to more ideal locations if need be, rather than staying in one place because that is where it was born.

This is most evident in the fact that hummingbirds are migratory species, following insects and nectar toward the equator when winter sets in. If you find that you are interested in hummingbirds, your first step will be to consider which hummingbirds are local to you.

Where Are Hummingbirds Typically Found?

With nearly 340 species of hummingbirds that exist in the world, some may be surprised to learn that hummingbirds are almost exclusively found in the western hemisphere. Out of these species, around half of them live around the equator of the world, where temperatures are hot and humid and plant life thrives.

Both of the Americas are the largest natural habitat for hummingbirds to call home, with species living in North America migrating down to the equator during the winter and most South American hummingbirds having no need for such a distant migration pattern.

What Makes the Pacific Northwest Interesting to Hummingbirds?

The Pacific Northwest offers an environmental advantage that most other places in North America do not offer. The coastal area offers plenty of humidity for plant life to thrive and insects to fester, meaning that there is plenty of food for hummingbirds to enjoy and feast on. In addition to this, the ecosystem of the Pacific Northwest offers a rich environment where hummingbirds not only thrive on their own, but help other animals as well.

With an environment that has as much unique plant life thanks to its coastal yet cool atmosphere, it makes sense that some hummingbirds call this part of the world home, even if it is only before the winter sets in and they migrate to warmer areas. Chances are that as spring returns, these hummingbird species will follow.

They bear a striking resemblance to Allen’s hummingbird, even by the species name. Unless you are an experienced birdwatcher or are able to get a close look at the hummingbird, you may have a hard time telling the difference. Typically, the rufous hummingbird is going to have more sand-like colors on its back.

Rufous hummingbirds return from their migration starting in the middle of February, arriving in Washington in March and arriving on the coastline about a month after this. They begin migrating out of the Pacific Northwest beginning in June, generally starting to fly toward the Rocky Mountains before making their way to Mexico for the winter.

Being closely related to the rufous hummingbird, Allen’s hummingbird is often hard to identify unless you are able to get the hummingbird to land on your hand. The good news about this, though, is that their territories do not have a considerable amount of overlap, with Allen’s hummingbird preferring to reside in the far coastal areas of southern Oregon and California, rather than Washington and Alaska.

The biggest difference they have from the rufous hummingbird is the fact that their entire backs, from their head down to their tails, are green in color. Compare this to rufous hummingbirds, which are at most half-green in appearance. Aside from this, they share nearly identical coloration, though the tail can be a distinguishing feature if you are able to see it.

Anna’s hummingbird is a relatively unique hummingbird in the sense that it remains in the Pacific Northwest all throughout the year and is one of the only hummingbirds found in the northern portion of North America that does not migrate considerably long distances. Instead, as the weather shifts to being colder, they prefer to migrate by altitude rather than following the climate. It is not well understood why this is.

They are also one of the most vocal hummingbirds that can be found in North America and it sings year-round to attract a mate. The coloration of these hummingbirds can be identified by their bright red, iridescent head feathers. They also have green backs and grey undersides in both sexes of the bird. In females, the bright red head feathers are replaced with bronze mottling with an occasional patch of red.

This hummingbird is one of the easiest to identify in the Pacific Northwest solely for the fact that its coloration is starkly different from all other hummingbirds. As the name may suggest, these hummingbirds are known for having a black chin, head, and bright blue gorget on their mottled grey body. Females are tawny, do not have many markings on them, and resemble immature birds of their species with how underdeveloped their coloration is.

This hummingbird’s habitat is also somewhat unique. While it still migrates, it is more commonly found in canyons and floodplains rather than forested environments. They will usually arrive east of the Cascade Mountains starting April and begin their southward migration as August begins.

Last but not least is the calliope hummingbird. This hummingbird is one of the smallest hummingbirds to exist, being known as the smallest bird capable of breeding in the entirety of North America and the smallest long-distance migrating bird in the world.

When they have not migrated to Mexico for the winter, they are found throughout Oregon, Washington, British Columbia, California, Nevada, and Utah, preferring mountainous regions and higher elevations when they can find a comfortable territory. They prefer to live in elevations between 4000 and 7000 feet, though they have been found to be comfortably living as high as 9000 feet. The lowest they live is at an elevation of approximately 500 feet.

As for this bird’s coloration, it is also markedly distinct from the rufous hummingbird, Anna’s hummingbird, and Allen’s hummingbird. This hummingbird is bright green with streaks of red feathers in the male gorget. They have white underbellies and brown-tipped wings. Females have a more brown and green mottled back with a cinnamon-colored underside and no coloring on their gorget.

The Pacific Northwest offers a unique environment for plenty of animals, including several species of hummingbird that are well-known for a variety of reasons. This region of the country is able to boast being a habitat to one of the smallest breeding birds, one of the country’s most vocal birds, and hummingbirds that are closely related to each other despite being different species.

By knowing which hummingbirds are local to your area, you can make sure that your backyard caters to their needs. 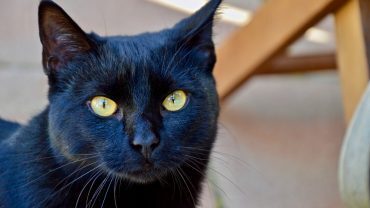