Bladder infections, or urinary tract infections are generally quite painful. If you have had one in the past, you already know just how difficult it can be. It’s caused due to a bacterial infection, and as you can imagine, it’s also incredibly painful for a dog. In fact, it’s so common that almost one in three dogs are likely to suffer from this condition.

If you are wondering what to give a dog for UTI, it’s important to note that visiting the vet is the first step. You shouldn’t prescribe or give medicine to your dog without going to a vet. The vet is going to help you figure out what’s wrong and give you the most effective treatment for the problem.

Virtually all of the infections in the urinary tract are caused due to bacteria. These bacteria can generally be found in the dog’s skin or in its poop. However, when the bacteria start moving through the genitals and eventually find their way up the prostate or the dog’s bladder, it could lead to an infection.

The bacteria serve as an irritant for the urinary tract, which ultimately leads to inflammation. In some cases, the bacteria have also been known to cause the development of stones within the dog’s bladder. While almost any dog is at a risk of developing this infection, it’s most likely to occur in older dogs.

Female dogs that tend to hold their bladder for longer periods of time are at a considerably high risk of contracting the infection. More importantly, dogs with a weak immune system, or those who suffer from hypothyroidism are also at a risk.

How to Identify a Urinary Tract Infection

There are some pretty clear symptoms that indicate a UTI. As long as you know what you are looking for, identifying the problem isn’t going to be difficult. For instance, if your dog has a frequent need to pee, but nothing really comes out, it’s a sign that your dog is suffering from a problem.

More importantly, you should check if your dog is having difficulty in peeing. If your dog is straining to pee, it’s a serious problem. Most dogs who are in pain will cry out or whine when they pee. Due to the inflammation, blood may start coming out in the pee as well.

If your dog is leaking urine or licking its genitals to soothe the pain, it’s probable that your dog is suffering from a serious problem. Peeing in the house is also a major sign. Dogs are generally very clean creatures and like to keep their environment as clean as possible. They don’t pee in the house unless they absolutely have to go.

How to Treat the Problem

If you notice the signs and symptoms of a UTI, you should consider taking your dog to a vet. You will have to take a urine sample. You can either take it at home or you can take the dog to a vet and they will take a sample. After tests are run on the animal, the vet will confirm the diagnosis and let you know the extent of the problem.

You have to understand that many of the symptoms related to UTI are also likely to arise due to a kidney problem. The presence of crystals and stones is also an indication. Dogs are generally quite good at hiding these problems, so it’s recommended that you take the animal as soon as you find the cause of the problem.

What to Give a Dog to Treat a UTI

While the best course of action is to take your dog to a vet for treatment, there are a few things that you can do to treat the problem. There are several home remedies that can help in treating or relieving the pain caused by UTIs.

When humans contract this problem, the first thing we do is start drinking cranberry juice. However, while it’s not scientifically proven, many pet parents report a significant improvement when they give their dog some cranberry juice. Cranberry juice reduces the pH levels in your dog’s urine. This creates unfavorable conditions for bacterial development in the bladder.

However, it’s important that you avoid giving overly sweet cranberry juice to your pet. It could cause your dog to gain weight as well. It’s always a good idea to consult with your vet to figure out whether the treatment is best suited for your pet or not.

Apple cider vinegar is a common treatment that is given to humans in the case of a UTI. It could also help the same way cranberry juice does: by lowering the pH levels in the urine. It effectively neutralizes the bad bacteria found in the dog’s bladder. You may want to mix a tablespoon of ACV by mixing it in water or in the dog’s food because of its terrible taste.

You should ideally give apple cider vinegar to your dog at least twice a day. You will have to observe the animal to make sure that it empties their bowl.

Perhaps the best solution for treating the problem is to give your dog lots and lots of water. By drinking lots of water, your dog’s urine is going to be diluted. As a result of that, your dog is going to have to pee more often. Ultimately, it’s going to help in cleansing its bladder.

The water is going to help in flushing out the bad bacteria. Your dog is going to feel a bit of pain in the beginning, but as its urine gets more and more diluted, your dog will find it easier to pee on its own. It’s a good way to clean out the infection in a natural way on its own.

If you are on the fence with home treatments, it might be a wise idea to go to a vet. There are several medications that the vet might give your dog to relieve the condition. It’s highly recommended that you discuss any kind of treatment first with your vet so that you know just how it’s going to impact the animal.

These are just a few things that you should know about treating a UTI. In most cases, the UTI will go away within a few days on its own. 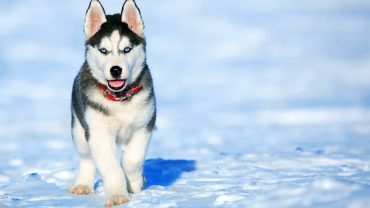