With over 20 different varieties of the spaniel dogs, Springer spaniels rank quite high on the popularity scale. According to dog lovers, English and Welsh Springer spaniels resemble each other a lot. Most people would not be able to tell them apart. Both varieties are beloved for their calm, friendly, and loyal nature. So, how do you determine which of the two spaniels is a good fit for you and your family? While there’s no wrong choice, there are some subtle differences that you might be interested in.

The history of the Springer spaniels dates back to the 16th century, where John Caius, an English physician, first describes them in his book. By the start of the 19th century, the land spaniels were categorized into two kinds: Springing spaniel and Cocker spaniel. While the two were born in the same litters, they were bred for different hunting purposes. The Cocker spaniels, which were smaller in size, would hunt wading birds, while the larger Springers would “spring” the birds into the air to be captured by trained falcons.

As the 19th century progressed, so did the breeding of the spaniel breed progress. Most of the developed spaniels were named after the counties they were bred in, and at times after their noble owners. By 1902, the Spaniel Club of England and the Sporting Spaniel Society combined their standards and realized the English Springer spaniel breed recognition by the English Kennel Club. The American Kennel Club followed suit eight years later.

Although the history of Welsh spaniels cannot be accurately traced, common belief states that the land spaniels of England may have managed to get into Welsh valleys where the local hunters adopted them. Like their English counterparts, Welsh Springer spaniels were also used by hunters to “flush” game. Welsh Spaniels were, for the longest time, grouped with their English cousins.

Characteristics of the English and Welsh Springer Spaniels

If you ask any spaniel breeder, they’ll tell you that these two breeds are uniquely similar, yet still very different. As a novice fur parent, here are some of the traits that will help you decide:

Since they were both initially bred for hunting sports, their physical builds don’t differ much from each other. An adult male English Springer can get as tall as 20 inches (51 cm) while the Welsh can get to 19 inches (48 cm). As for their body mass differences, the English and Welsh spaniels weight 60 lb (27 kg) and 44 lb (20 kg), respectively. Although the English spaniel stands taller than his Welsh counterparts, the latter has a proportionally longer body frame.

English Springer spaniels were bred as both working and show dogs, and as a result, they have some subtle differences. If you are lucky to interact with the two types, you will notice that the show dogs are generally thickly boned and more massive than field Springers. Field English spaniels have short, coarse coats while the show dogs have longer fur coats. Their coats are similar and come in two varieties: black or dark brown colors with white markings, or predominantly white with dark brown markings.

Welsh Springer spaniels have compact frames that served well for their working careers. Their extended frames and short wither heights are what differentiate them from their English cousins. Their eye colors are predominantly brown or yellow, although the latter gets penalized for show dogs. Another standard that the show dogs have to follow is their nose color; only black and brown varieties are allowed. Welsh coats are flat, dense, and silky to the touch.

Welsh Springers are loyal, active, intelligent, and very affectionate towards their owners. They are also stubborn, although they’ll go out of their way to please their owners. Your dog is likely to bark when strangers approach, although this is purely out of wanting to protect their home. If your household has young children and other pets, you’ll be glad to know that Welsh spaniels are very easygoing and social. You will need to train your Welsh spaniel on obedience commands to curb their headstrong nature.

English spaniels are also similarly friendly, eager, and loyal. However, they are much calmer than their Welsh cousins and very obedient. Their high intelligence has even earned them high ranking positions globally. You are likely to find them working as sniffer dogs in search of weapons and explosives. Although they are generally social, English spaniels are more likely to befriend one member of the family and strongly devote themselves to them.

Since both breeds are very social and loving, they are likely to develop separation anxiety when left alone for long. Their working genes prompt their need for playtime and exercise. Springer spaniels are, therefore, the best addition to large and active households.

English Springers have a reasonably healthy life expectancy of 10 to 15 years, while Welsh Springers range between 12 to 15 years. However, they are prone to genetic health problems such as hip dysplasia, epilepsy, hypothyroidism, ear infections, and progressive retinal atrophy (PRA), a vision loss disease leading to blindness.

Welsh Springers are highly susceptible to entropion, which is a disorder of the eyelids. The disease results in the curling of your dog’s eyelids such that their eyelashes scratch against the eye surface. Often, this continuous scratching leads to cornea damage. The symptoms to watch out for include squinting, tearing, and excretion of a thick discharge from your pup’s eyes. Unfortunately, your fur baby will have to endure surgery correction as there’s no other medical treatment option. Even though this condition is prevalent in the Welsh spaniels, their English counterparts are not always exempt.

When it comes to grooming and general maintenance, English Springers are more demanding than their Welsh counterparts. The gorgeous tresses, especially for the show varieties, are a result of hours of consistent brushing, combing, bathing, and shaving. Despite their waterproof and thorn-proof nature, these English coats can end up in tangled masses if not brushed daily. You should also check your pup’s ears for any infections caused by moisture build-up trapped in their floppy ears.

The eagerness of both spaniel breeds makes them easy to train. To ensure that your fur baby stays attentive, mix up some fun activities within the training sessions. Remember to remain calm and positive during the sessions as your pup is likely to become sad if they notice you’re angry at them. You can even devise a reward-based plan to encourage them to keep learning.

Another valuable bonus of the Springer spaniels is that they adapt well to both city and country life. So, whether you live in an apartment or a spacious bungalow in the countryside, your pup will fit just fine. All you need is to ensure to exercise him daily as they are naturally hyperactive. Your dog is sure to appreciate family walks and other playful family activities.

Generally, life with your furry companion, whether you choose the English spaniel or Welsh spaniel, is bound to be enjoyable. Despite their calm and friendly nature, early socialization with strangers and other pets is sure to go a long way in your life together. You can occasionally throw in a couple of mental games and hikes to strengthen your bond with your pup, and they’re sure to reward you with undying loyalty and lots of cuddles. 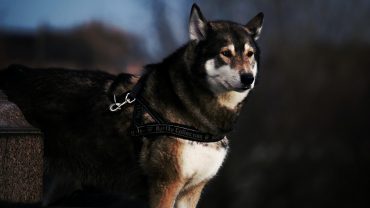