Home
Pet Type
Do You Know How to Care for a Pug?

However many dog breeds you know of, there is not one breed that is as simultaneously loved, hated, and even pitied as the pugs are. People who own pugs love them for their attitude and their loveable antics. People who don’t own pugs often dislike the way they look and the number of problems that they come with. People who know what happened to the pug in the breeding process simply pity the dog, as it is often plagued with a number of issues. If you are planning to adopt one of these lovable dogs, you should be well aware of the history behind them and what that means for the way you treat these dogs in the present day.

In many people’s eyes, pugs are a sign of what the darker side of purebred dogs can do. Rather than create breeds that are optimized for their jobs, whether that is working on the farm or being a search and rescue dog, it can also create dogs that are plagued with health problems, making the dog’s life harder and costing more money on the owner’s side. Understanding what went into the pug’s breed will help you understand why people have so many mixed feelings about the pug dog.

Where Did the Pug Come From?

With as many problems as the pug has, its history of breeding has been well-documented throughout the years. It is believed that pugs have been around for a long, long time, originating back in China during its Han dynasty (between 206 B.C.E. and 200 A.D.). Some people even believe that the pug has connections to the Tibetan mastiff, surprisingly enough. Back then, these dogs were highly prized by emperors. These dogs lived in luxury, and on some occasions, were guarded by soldiers.

As times changed during the 1500s and 1600s, China began to trade with other countries, specifically European ones. People believe that the first pugs to leave China were brought to Europe by the Dutch traders. Not adopting the name “pug” for the dog just yet, the Dutch named the breed “Mopshond,” which is sometimes still used today.

The pug’s charm quickly caught on as royalty throughout Europe came to love the dog. Many royal figures cared for these dogs and they became permanently etched into history. Many artists in the following centuries also depicted their beloved pugs, which was a trend that began to catch on with the rest of the continent. This was still before people called the dog a pug, so it had different names in different languages. In France, it was known as the Carlin. In Spain, it was called the Dogullo. In Germany, it was called the Mops. In Italy, it was known as the Caganlino.

As time went on, pugs retained their popularity with both royalty and civilians alike. They were featured in paintings, figurines, and even postcards. People, much like today, drew them with collars and even large bows around the dog’s thick neck. As the dog was eventually brought to the United States, it was quickly recognized and accepted. Breeders kept aggressively breeding these dogs, creating many of the problems that they have today.

Most people know about the iconic appearance of the pug. These dogs are medium-sized, coming in at about 10 to 13 inches in height and weighing 14 to 18 pounds with little variation between females and males. These dogs have short, stocky bodies with a thick neck and a round head. Their tail usually curls over their back, much like a spitz-type dog. They have thick legs that are soft. Their faces have the appearance of being squished inward with an up-turned nose, droopy eyes, and a wide grin. Their ears are often floppy, pointing downward.

Their fur is usually short and soft, coming in a number of different colors ranging from chocolate brown to light crème. These dogs rarely have more than one color, minus the dark markings around their ears, snout, and eyes. They are almost entirely single-color dogs.

How Do Pugs Behave?

Pugs have been loved for centuries for their mischievous and charismatic behavior. In a sense, these dogs have a happy-go-lucky attitude. They are almost always cheerful and excited to play and explore the world around them. They love to play with you, with other animals, and especially children, making it the perfect dog for just about any and every household. They do have a stubborn streak, which is important to note when you are getting ready to train the dog. They are devoted and can even serve as good watchdogs, given how attentive they can be.

They do need to be trained well from a young age to ensure that they see you as the leader of the house, rather than themselves. If they do not think that you are a “good” leader of its pack, it might begin guarding furniture and acting territorial. It will also display signs of stress, which is something that nobody wants to deal with.

To a pug, it is very stressful to try and keep the free-willed people in line with its own rules. Because of this, you should properly establish that you are the leader of your family, and that you know what you are doing.

How Do You Care for Pugs?

As far as dogs go, pugs only need a moderate amount of special care to keep them happy. Because they do tend to be energetic dogs, it is important for you to take them on a lengthy walk or play a vigorous game with them every once in a while. Do keep in mind that if you live in an area that is prone to heat and humidity waves, that pugs do not handle heat well at all and that they should be kept in an air-conditioned environment on the worst days.

Aside from this, you do not have to do much more for their energy needs other than play with them every day, which your pug will much appreciate.

Their short coats handle weekly grooming well, and since these dogs are rarely outside causing trouble, bathing should be rare and very situational. However, because of all the wrinkles that pugs have on their faces, they need to be delicately cleaned to prevent any infections from occurring. You will also often hear wheezing and snoring from these dogs, but with their noses and face shape, this is to be expected.

What Health Issues Do Pugs Have?

Pugs, for a long time, have been the pinnacle of purebred dogs that have health issues, and there is a good reason for this. If you are looking to adopt a pug, be prepared to spend a fair bit of money keeping it healthy, as these breeds do not have a reputation for being healthy. Their main problem is that the shape of its face makes it very, very prone to breathing problems. They will regularly snore and wheezing is par for the course with these dogs.

As they age, the number of breathing problems they will experience will increase as well. They are also prone to certain conditions that are related to their breathing, the most common one being brachycephalic syndrome. Surgery may sometimes be the only option for helping the dog’s sleeping and snoring problems.

This is just the beginning, as pugs are almost intolerant to heat. When it is hot or humid outside, they need to be kept in an air-conditioned environment, which can get expensive over the summer. They are prone to gaining weight, which means that you will have to manage their food intake every day. Their face wrinkles make them prone to skin problems, meaning that you may deal with regular infections if you don’t clean their wrinkles on a regular basis.

Pugs are also prone to skeletal problems on top of all of this, including being prone to a condition known as Legg-Calve-Perthes disease. Pugs also have dental issues due to their flat faces, which may require dental surgery if it is bad enough. Finally, they are prone to liver, eye, and ear problems.

There is even a breed-specific disease that your pug can pick up known as Pug Dog Encephalitis. In short, it is an inflammation of the brain that often leads to seizures and death. There is no cure and there is no prevention, although there are groups who are avidly supporting the research to try and find a way to prevent this from happening.

This is just the beginning of the long, long list of health problems that pugs have. If you are planning to invest in a pug, prepare to invest in health care and the emotional investment of seeing your pug go through some of these illnesses. Despite all of this, if your dog is lucky, it will have a life expectancy of 12 to 14 years. 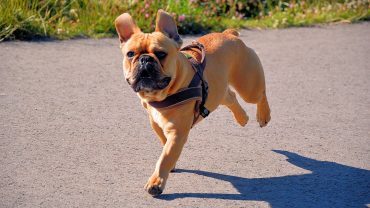