It can generally go without saying that dogs are wonderful and adorable animals. There is a dog breed for just about everyone out there. For people who want large, strong, and capable guard dogs, there are plenty of dogs that have been bred specifically for that job.

In fact, there has been a relatively recent trend of breeding dogs for appearance. This is usually referred to as mixed breeding, or designer breeding. If you are looking for a dog whose appearance will make a statement wherever you go, you might want to check out these designer breeds. One that is becoming increasingly popular is the pomsky – a mix between a Siberian husky and a Pomeranian.

While this mix might sound strange at first, it has turned out wonderfully. The small, fluffy nature of the Pomeranian mixes well with the husky’s naturally attentive and friendly attitude to create a relatively small dog with the iconic markings of a husky, but also the long and fluffy coat of the Pomeranian. If you are looking for a lapdog that is both active and adorable, the pomsky might be your best option as a designer breed.

Where Did the Pomsky Come From?

With designer breeds being a relatively recent phenomenon in the dog breeding world (compared to breeds that have been bred for hundreds of years), it is hard to get a solid history of them. In fact, the pomsky is such a new breed that it hasn’t even gotten its own recognition or standards for a breed. While this does technically mean that the pomsky isn’t a real breed, avid breeders are doing their best to make it so that it becomes one alongside the many other designer breeds that are coming to light.

There are breeding clubs for pomskies, and this is as close as the breed has gotten so far to official recognition. Unfortunately, this does mean that there can be a fair amount of variation in size, weight, temperament, and so on, in pomsky litters. If you want to support the foundation and creation of this breed, one of the best things that you can do is adopt one of these loveable and huggable dogs.

The easiest way to describe what the pomsky looks like is to take a miniature husky, give it longer fur, and lighten its patterns a bit. While there is the tendency to be a lot of variation between pomskies, they all retain the same general characteristics. They are small dogs, compared to other breeds, and their size also depends on the size of the husky parent.

The average weight of a pomsky can range between 20 to 30 pounds, but if the husky parent was a toy husky, then the pomsky’s weight can be closer to nine pounds, and if the husky was a miniature variant, the pomsky’s weight might range between 9 and 18 pounds. This is one example of just how much pomskies can vary. Their height is usually between 7 and 15 inches tall. If you want to have a better idea of what to expect from your own pomsky, you should make sure to talk to the breeder about the dog’s parents in order to know what you are adopting.

Typically, these dogs will have a slightly longer coat than their husky parents, due to the Pomeranian blood in their heritage. They still retain the characteristic husky markings, although these can appear a bit faded on some pomskies. The base of their coats can range from white to beige and the darker markings can range from light grey to black. These dogs can have straight or folded ears and they usually have the same facial features as a husky would. Aside from this, you may not know what your pomsky could grow into, making it all the more interesting for you to adopt one of your own.

How Does the Pomsky Behave?

One thing that you can be sure of is that the pomsky will love and adore you as its owner. With the friendly genes of both the husky and the Pomeranian, you can rest assured knowing that the pomsky will be an equally friendly dog who is happy to hang out with you, or anyone else that it has learned to trust.

Some of the friendliest pomskies might even be outgoing to strangers walking down the street. Alongside this, most of them will be quite talkative dogs as well, which will only increase the more you leave your dog alone. These dogs love being the center of attention, meaning that before you adopt one, you should make sure you have the time to pay attention to them. Do keep in mind that, although they are loyal and friendly, they do tend to dislike loud environments. This is important to note if you have young children, as this can stress these dogs out immensely.

These dogs, as well as being attention-seeking, are also very active and energetic dogs. Chances are that if your pomsky is just lazing about on the couch, there might be something seriously wrong. These dogs love to play, explore, and simply run around chasing their own tails. You will need to make sure that you have the time, energy, and resources to take care of your pomsky’s active antics.

Part of the pomsky’s activity also takes the form of a high prey drive. This means that you will need to be careful if you have small animals in the house, as an untrained (or even well-trained) pomsky might choose to chase them down.

How Do You Care for a Pomsky?

The pomsky requires a fair bit of maintenance in regards to both activity and grooming. In terms of activity, you will need to make sure that you have the time and resources to keep up with the seemingly endless pit of energy that the pomsky has. You should have both physically and mentally stimulating toys for your dog to play with, both when you are there and when you are at work.

When you are home, you should make sure that your dog gets plenty of time outside so that it can run around and get the majority of its energy out. You should aim to give your dog a 20-minute walk during the morning, and a longer walk in the afternoon. In addition to this, you should have one or two sessions of playing with your dog as well.

When it comes to grooming, the long, silky double-coat of your pomsky will need to be brushed daily to ensure that there are as few tangles as possible. You can often opt for brushing just twice a week, but during the shedding season, you will need to make absolutely sure that your dog is brushed daily so all of their loose fur doesn’t mess with their coat health. Shedding sessions, in total, can last for about six months out of the year, so this is something you will need to be prepared for.

How Is the Pomsky’s Health?

In terms of health, the unregulated breeding of the pomsky means that it is extremely difficult to gauge which problems are pomsky-specific, and which could have been avoided with stricter breeding regulations. When you are talking to your breeder about pomsky puppies, you should make sure to get detailed information about the health of both of the parents.

If your breeder is not willing to give you this kind of information, you need to find a breeder who is, as this should be something that breeders have no problem with. When all is said and done, pomskies tend to have health problems relating to the heart, eyes, skin, and bones. Their average life expectancy ranges between 12 and 15 years. 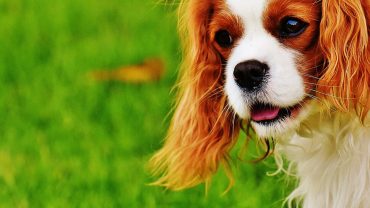