nocomments
Share Tweet Pin it Share Stumble Email
Home
Pet Care
How Do You Know If a Pigeon Is Trying to Make Your House its Home?

If you live in an urban environment, there’s a good chance that you have encountered a flock of pigeons before. Pigeons are well-known to city-dwellers for being stubborn birds that only cause problems for other birds and people.

Because of this problematic nature of the pigeon, most people have even more reason not to want pigeons to nest on their property, much less inside their own home. By knowing what to look for in terms of a pigeon nest, pigeon nesting habits, and behaviors, you can make sure that you are prepared to remove a pigeon from your property if it tries to call it its home.

The Nesting Habits of the Pigeon

All birds have their own specific nesting habits and rituals that they go through when it is time for them to settle down and mate. After all, for birds, this is one of the most important parts of their lives. As such, it is fairly easy to learn how to identify the nesting habits of the pigeon, especially because the pigeon’s nesting habits are unique, even among birds.

The nesting begins with a ritual of the male pigeon first finding a site that it can view the desired female from. It will then find a stick or a branch that it finds suitable and then bring it to the female, laying it in front of her. If the female accepts this courtship offer, she will place the sticks underneath herself, beginning the start of the nest.

This process makes it somewhat hard to tell if pigeons are going to begin nesting on your property until they have already built a sizeable nest, but there are some signs that you can be on the lookout for during the mating season of pigeons, which tends to peak in the spring and autumn. To make sure that you do not have pigeons trying to nest on your property, you will want to make sure that you know what some of the common signs of pigeon nests are.

Signs That Pigeons Are Trying to Nest on Your Property

Pigeon nests are not known to look good, among the different types of bird nests that there are. They are commonly made from twigs, sticks, pine needles, grass stems, and other debris of a similar shape. It will be piled up into a heap with a small depression in the center for the pigeons to incubate their eggs on. Pigeons born in a nest will always use that nest during their mating season, often growing the nest more and more as part of the mating ritual.

Pigeons typically prefer to nest themselves on buildings, and this is thought to be due to the fact that they prefer rocks, cliffs, and similar surfaces and man-made buildings are often made from a material that is similar in the perception of the bird. Chances are that as long as there is a source of food and water nearby, a pigeon will nest anywhere it can. It most commonly nests in abandoned buildings, roofs, and gutters.

The most obvious sign that a pigeon is trying to nest on your property will be the frequent mating calls and visible piles of sticks and twigs appearing in places where pigeons tend to nest themselves. There may be a smell emanating from it, as pigeons do not remove droppings from their nests the way that other birds do, instead using the droppings to glue the bundle of branches together. You may see more droppings around the nest too, as birds fly back and forth between getting food and water and incubating any eggs that they may have. If babies have hatched, you will most certainly hear them.

Ways That You Can Prevent Nesting

Now that you have a good sense of what goes into the nesting process of the pigeon, you will want to consider some of the ways that you can try and prevent them from nesting in your building. First things first, you may want to look at your local laws regarding this, as some places such as the UK regulate how you can handle pigeons and remove them from the property.

The best way to deter nesting pigeons is to try and make your property as unappealing as possible to them. If you live in a stone or concrete building, you cannot necessarily get rid of this, but you can make common roosting areas cluttered and hard to nest in. If your property has areas that birds could source food and water from, you need to remove it so they will not be inclined to stay there.

Another method you can try, after sealing any entrances to attics and chimneys, is to install reflective surfaces and fake predators on your property. These are well-known deterrents for pigeons, so by installing them, you can prevent the potential problem of pigeons nesting on your property before it starts.

How Do You Remove an Already-Established Pigeon Nest?

If you find that there is already a pigeon nest on your property, you may believe that you can simply physically move it elsewhere. However, this is often the less humane option, especially if the nest has eggs in it. Again, you will want to make sure to check any laws regarding what you can and can’t do around pigeon nests, but your next step should be to contact an expert.

You should never remove a nesting site on your own, as this can cause the pigeons to abandon their nest, dooming any eggs or babies to die. You may have to wait for these pigeons to leave before you can get rid of the nest, which can take anywhere from a few weeks to the full seven weeks for incubation and for the pigeons to grow up enough to leave the nest on their own. Contacting a removal team may help, but in some cases, there simply may not be anything you can do.

How Do You Encourage Pigeons to Nest?

On the other hand, if you are interested in having pigeons on your property because you appreciate birds, making your property appealing to them is more or less the inverse of what you would do to remove them. Pigeons appreciate clutter and stone for their nesting areas, as this feels safe and instinctive to them. You will want to make sure that you have sources of food and water for them to rely on.

You may be inclined to keep the area tidy, but pigeons actually appreciate more cluttered areas. These areas feel safe to them as they feel protected from any dangers that could reach them. You will also want to try and attract pigeons in other ways, generally by offering spots to perch and feeding areas. You should consider putting the places to perch on the balcony, as many pigeons appreciate being able to look out on what they deem to be their territory.

Pigeons are notorious for being problematic, but when you know what the signs of a pigeon nest are, you can make sure that the problem stops before it even has a chance to begin. Common signs of pigeon nesting areas include bird droppings, loud chirping, and apparent piles of sticks in corners, attics, and balconies. 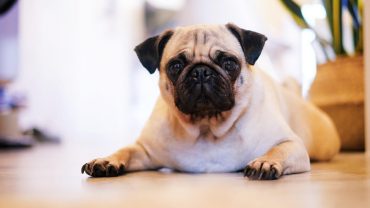