nocomments
Share Tweet Pin it Share Stumble Email
Home
Pet Type
How Do Birds Protect Their Territory From Aggressive Birds, and What Can You Do About it?

If you have ever spent time watching the birds in your yard, there’s a good chance that you have seen birds interact with each other at the feeders and even in the trees. You may see birds chasing each other around or you may hear a harsh rustle in the trees only to see one bird speed away, with the other bird squawking after it.

These are all signs that your yard has aggressive birds in it, and while this alone isn’t something to worry about, you should be mindful of it as this aggression can be turned onto any outdoor animals you have or potentially you.

What Are the Signs of Aggression in Birds?

It would make sense that birds display their aggression considerably differently than mammals and other animals that you would encounter being aggressive on a regular basis.

When it comes to how birds display their aggression among other birds, there is a wide range of displays that they will go through depending on how threatened they feel and how aggressive they are willing to be, and generally the species of the bird.

Common signs of aggression among birds include chasing other birds or outright attacking the offending bird and loud vocalizations that are distinct from the songs and chirps you would hear otherwise. Depending on the species of the bird, a few of these behaviors may be displayed, but with the more aggressive birds, vocalization is less prominent.

What Are the Signs of Aggression in Birds Toward Other Animals?

For some birds, the aggression moves beyond disputes over territory. Some birds will try to attack perceived threats, and in some cases, these may be small animals you have in your yard or potentially you. Humans and most outdoor pets are much larger than other birds are, so the signs of aggression they display are somewhat different, as the bird will feel the need to prove to you that it is capable of causing harm.

Most birds will give out loud, harsh calls or even hiss at their perceived threat, much like they would with other birds, and they will continue these vocalizations until they feel pressed to attack or you leave the area. These birds will also often attempt to make themselves larger by puffing out their feathers to try and threaten you. If you still do not leave, the bird may begin to pace around before trying to attack you or your pets.

Most birds that you will encounter know better than to attack people, as they see the size difference as enough of a deterrent.

Some birds, especially carnivorous birds, will be more inclined to attack household pets that are left unattended outside (although some have been known to snatch small animals right beside people). It is often the apex predators of the bird world that are willing to attack people.

These birds include most raptor birds, such as hawks, falcons, eagles, and sometimes vultures. The good news about this is that most of these birds do not choose to settle down in places where humans frequent, so the chances of them living in your backyard are minimal. There is still the chance that a passing bird may choose to pick a fight with you if it feels that you are infringing on its territory.

How Can You Prevent Birds From Attacking People?

If you know that you have some of the more aggressive birds living on your property, or you frequent an area that has these birds, you will want to do what you can to reduce the chances that the birds will attack you. More often than not, these birds only feel the need to attack if they feel as if you are encroaching toward their nest.

What this means for you is that you can try and avoid this in a couple of ways. You can try to locate where the nest is and make sure to stay away from it when you are outside. You can also take extra caution during nesting season, which tends to be between January and August, to not go near these nests.

You should also know when to back away from a bird. If you are able to see the bird putting on a defensive display, such as puffing up its feathers, or even if you hear the calls of the bird to leave the area, you will know to start turning back. This will not work for all birds, as some are more prone to attacking people without warning, but these practices will reduce the chances that you will be attacked.

How Can You Make Your Bird Feeder a Safer Area?

If you are facing bird-on-bird aggression at the bird feeders in your yard, there are some ways that you can try and reduce the amount of conflict that is going on. Usually, when birds are attacking each other at a feeder, it is because there aren’t enough feeders in the yard for the less aggressive birds to flock toward. You will want to consider putting up more feeders, spaced approximately six feet apart.

You can also try to set up different types of feeders in the yard. Some birds are more inclined to use certain feeders over others, and by allowing for the birds to spread out toward feeders they prefer, you can reduce the amount of conflict that happens compared to when you have a yard’s worth of birds fighting over one feeder.

What Types of Birds Are Naturally Aggressive?

Some of the most common problematic birds to appear in backyard habitats include the house sparrow, common grackles, brown-headed cowbirds, Canadian geese, rock pigeons, wild turkeys, and most woodpeckers. Depending on where you live, there may be a chance that Cooper’s hawk and the sharp-shinned hawk are present in your backyard and should not be encouraged to stay.

All of these birds are known to be particularly aggressive, often competing with other birds and driving them away with little to no reason. Some of these birds are even aggressive enough to outright attack and kill other, smaller birds, which is something to keep an eye out for.

Just as all other animal groups have their problematic species that need to be addressed, there are some birds that will be more than willing to try and drive out all other birds and even go so far as to attack people and pets. By knowing what birds to look for, what the signs of aggression are, and ways to try and reduce that aggression, you can try to make sure that all of the birds in your yard are able to coexist peacefully with as little conflict as possible.

If you have a very aggressive bird, such as one of the raptor birds, you may have to take the extra step and contact a humane wildlife removal company to take care of the bird for you so that you won’t be under attack anymore. 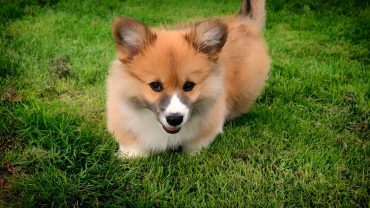