If you are looking for a unique cat breed that is distinctive and stylish, you might want to consider the Ojos Azules. In Spanish, the name literally translates to “blue eyes.” One look at this breed and you will be able to realize just why it has this name: the cat’s eyes are a gorgeous blue color.

Funnily enough, this breed is not very old. In fact, its history can be traced back to 1984 only. However, in a relatively short span of time, the Ojos Azules has become a very popular pet and is widely regarded as one of the best choices for people who are looking for a cute new breed.

As mentioned above, these unique feral cats were discovered in a small colony in New Mexico. The cat with gorgeous blue eyes was soon identified and she was named Cornflower. She was a tortoiseshell cat but when she had kittens, her kittens also had the exact same blue eyes as their mother.

It wasn’t long before breeders realized that this was the dominant gene and they began to breed further. A while later, another breed with the same stunning blue eyes was spotted in New South Wales, Australia. The funny thing was that no breed of the Ojos Azules had ever been transported to that region.

In 1991, the International Cat Association formally recognized the breed and the name Ojos Azules was adopted. Many breeders still believe that this mutation is spontaneous and occurs randomly in domestic cats.

Traits of the Ojos Azules

One thing that you should know about these animals is that because they are a relatively new breed, many of the traits that set these cats apart have not been identified. The ones that have been bred in captivity and have been domesticated have been described by many people as fantastic pets.

They are known to be loyal and affectionate, and they are also quite smart and playful. These cats are incredibly friendly and gentle, and they love to socialize as well. Needless to say, if you want a fun animal in your house that will exhibit its curiosity and will be willing to show you its love, the Ojos Azules cat is a fantastic choice.

One important thing that you should know about this animal is that it gets along really well with adults. Many regard it as a lap cat, which simply means that the cat loves its owner and won’t mind sitting in their lap. This is a far cry from other more common breeds that seldom sit still and just love to get away as soon as possible.

Getting your hands on an Ojos Azules is not going to be easy. Because it’s so new, the breed is still quite rare. The first cat was found in 1980 and the breed was formally identified in 1984. In fact, by 1992, only ten distinct Ojos Azules were known. Recently, many breeders discovered that cranial defects might be linked to this cat. As a result, they halted breeding for a temporary period of time.

Needless to say, it might be a bit difficult for you to find an Ojos Azules at your neighborhood pet store or shelter. These are prized cats and usually sell for a considerable sum of money, so unless you are willing to shell out a decent sum, getting your hands on an Ojos Azules might not be possible.

The Ojos Azules is a medium-sized cat. It is renowned for its round blue eyes. The cat also has an arched neck and, as with most other cats, uses its tail to balance itself. The Ojos Azules has a proportional tail compared to the rest of its body. The breed is available in both short and long coats, though the original ones usually have short, fine, and silky fur.

Another defining characteristic of the Ojos Azules is a white tip on its tail. Many breeders don’t desire the solid white coat on the cat, which makes it difficult to separate the cat from the conventional blue-eyed cat. If you are going to buy one, make sure that you do your research properly, because there is a pretty strong chance you might just end up with a blue-eyed cat.

These cats are not limited to any particular color or fur type so if an Ojos Azules mates with a cat that has a darker coat, it may give birth to kittens that also have a darker coat while still retaining their defining blue eyes. More importantly, this cat isn’t deaf like the ordinary blue-eyed white cat.

Because of its relatively short fur, the Ojos Azules is considered to be quite easy to groom. These cats don’t need to be brushed on a regular basis and they don’t even shed as much. A standard brushing routine is the best choice and will ensure that your pet has a silky, smooth coat.

You need to make sure that you regularly brush your cat as it’s going to help loosen out any loose hair that might be stuck in its coat. This will also prevent hairballs from developing in the cat’s fur as well. Furthermore, as with all other cats, you should always buy a claw trimmer too.

Over time, the claws of the cat are going to grow very quickly and you need to make sure that you trim them regularly. Buying a claw trimmer is a wise investment and will ensure that your pet doesn’t cause any unnecessary damage by scratching at different things.

One of the most important things that you should know about this breed is that they love to play around with their owners. You will find this cat running around the house and it will get bored really easily if you don’t provide it with the adequate amount of mental and physical stimulation.

For instance, you might want to invest in some high-quality wall shelves and perches through which the cat can jump and lay on. These are a great choice and cats love them. If you have another cat in the house, you can expect the Ojos Azules to become quite playful and start running around the house.

Sometimes this can become quite a handful for the average person to deal with. But as long as you maintain discipline in the house and know how to train your cat properly, it won’t cause many problems.

Lastly, it has to be said that a lot about this cat breed still remains to be known, though awareness is on the rise. If you somehow manage to get an Ojos Azules in your house, make sure that you care for it properly. Perhaps the good thing about this cat is that it doesn’t require any special care or attention from you. These cats know how to keep themselves busy without much of a problem and even a ball will provide endless hours of fun. 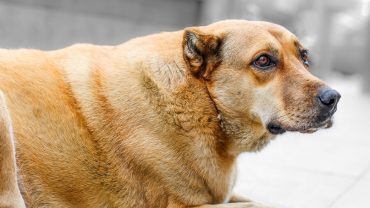