Since the dawn of puppies, the smaller the dog, the more awws they get. Many people like the looks and personality of large dogs like the Rottweiler, but wish they came in a smaller size for whatever reason. Some people think that small dogs are just more adorable than big ones, while others just don’t have the space to take care of a large dog.

To get the same breed of a dog just smaller in size, you must mix the dog breed you desire with smaller dogs. This creates what is known as “miniature dogs.” The miniature Rottweiler is a result of mixing smaller dogs with the “classic” Rottweiler. The end result is basically a true Rottweiler, just in a small package, with all the traits and characteristics of a full-sized dog.

Is the Miniature Rottweiler the Right Choice for You?

Here are some things you need to know about mini Rottweilers. They need the same love, attention, and encouragement that a regular Rottweiler does. Also, since they are smaller in size, they might have a bit of a temper when something ticks them off, but this can be managed with good training and socialization.

The miniature Rottweiler has not yet been accepted as an official breed by the AKC (American Kennel Club). This is because they’re a fairly new breed, and they’re often a result of unhealthy breeding methods. The Rottweilers have been around for a long time, also being one of the oldest herding breeds to have ever existed.

The Rottweilers originated in Germany. They were mainly used to drive cattle and pull carts for farmers and butchers. There have even been theories of the Rottweiler being around way back in Roman times. They may have also originated from Drover dogs, which were ancient herding and guard dogs during the Roman conquest of Europe. The mini Rottie comes from this type of descent.

The first Rottweiler came to the U.S. with German immigrants in the late 1920s. After World War II, the breed started gaining attention and popularity. The name Rottweiler stems from the German town “Rottweil.” When rail transportation started replacing the cattle drives, the Rottweilers had lost their purpose and were close to extinction. Fortunately, the breed was saved thanks to a few dedicated breeders.

A miniature Rottweiler is, of course, miniature in size. As puppies, they are less than a foot tall. An adult mini Rottweiler can weigh anywhere between 30 and 60 pounds and stand a bit over a foot tall when completely grown. Miniature Rottweilers have a black coat with the trademark tan, rust or mahogany markings. These markings are commonly found on their neck, chest, fronts of the legs, inside the legs, and eyebrows. Their fur is often very thick, and because of that, they need to be groomed and brushed often.

There are three ways for a breeder to produce a miniature Rottweiler pup. However, not all of these breeding procedures are safe or ethical.

One of the ways of producing mini Rotts while keeping them purebred is dwarfism. Some Rottweilers have dwarfism, and many breeders sell them as purebred miniature Rottweiler puppies. This can be done while still being honest, as there is no set definition for the unofficial breed. Return policies are important to have since sketchy breeders could simply be lying about anything concerning the puppy. A return policy is beneficial – it allows you to return the puppy for a refund if the first trip to the vet reveals any information that the breeder did not disclose to you.

Puppies with dwarfism tend to have bigger heads that are out of proportion with the rest of their bodies, may not have a complete set of teeth, and may suffer from hair loss. They also may have protruding eyes and swollen stomachs. Taking care of a dog with dwarfism is going to be very challenging. These dogs usually have multiple health issues, so their medical expenses will pile up.

Another way to create mini Rottweilers is to breed two runts of the litter from different parents. However, this method has a very low chance of producing a proper miniature Rott as runts that manage to survive generally grow up to be the same size as their siblings and can’t be classified as miniature.

These dogs are tinier, weaker, and frailer than their siblings. They usually struggle for milk, as their siblings start dominating the mother’s nipples. This malnutrition can result in the runt puppy becoming bonier than the rest of the litter. The majority of these dogs can grow up into healthy and normal-sized Rottweilers if cared for properly, but some still stay small.

Runts have lower stamina compared to their healthier siblings and end up with lifelong health problems in many cases. These puppies have weaker bones and have a harder time exercising, running, and even playing. This puts them at a high risk of being overweight. These Rottweilers may also have a weakened immune system. Either way, be prepared to pay a lifetime of medical expenses if you pick one of these pups.

All Rottweiler mixes are sweet, loving, and adorable. However, they all need to be socialized to prevent aggression later on. It’s one of the most important things you can do for your Miniature Rottie. A Rottweiler’s instinct to be defensive and arrogant is their most dominant characteristic, and it’s highly likely to carry over into any mix. Mini Rotties love their owners and their family. When mini Rotts are comfortable with someone, they are loving and gentle, but they can act very aggressively towards strangers. Introducing your mini Rottie to new people and other pets from an early age will help them overcome their defensive instinct. If bred safely and well socialized, mini Rottweilers make kind and playful pets. If you treat your mini Rottie with respect, they are easier to train and will be wonderful companions.

If you decide the mini Rottweiler is a good fit for you, be sure to work with a responsible breeder who tests their dogs for inherited health conditions and welcomes potential buyers into their homes. This will ensure satisfaction with your mini Rottie and save you from frequent hospital visits.

Mini Rottweilers are adorable, lovable dogs. With enough socialization, training, and affection, you’ll have a companion that will bring joy to you and your loved ones for years! 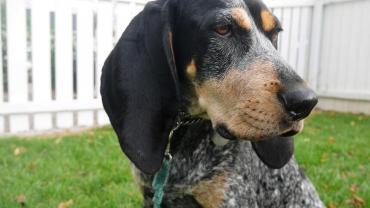