However, as time has passed and many of the jobs that dogs once performed are now being done by people, the focus on dog breeding has changed. In current times, people are often more interested in trying to breed dogs for the sake of appearance. Because of this, different size variants of breeds have come around. These size variants can be thought of as shrunken versions of the original breeds. Often these smaller dogs share the exact same personality traits as their larger counterparts. The only real difference is in their size. For example, consider the mini Australian shepherd.

The mini Australian shepherd, as you might be able to imagine, originates from the Australian shepherd breed. These dogs, while quite a bit smaller than the original dog, are still very capable herding dogs and are commonly used on farms for this very reason. Their potential to be an efficient herding dog is still the same, and some people even argue that the smaller stature of the dog means that it will live longer. There are many reasons why you might want to consider adopting a miniature variant of the Australian shepherd, but before you do, you should get to know the breed a little bit.

Where Did the Mini Australian Shepherd Come From?

The original dog, the Australian shepherd, was first bred in Australia. However, the miniature variant of this dog is believed to have been developed in North America, under the name “North American Miniature Australian Shepherd” sometime around 1968, making it a fairly recent breed. The main purpose of the breeding was to try to size the Australian shepherd down a bit, making it more lovable and easier to care for while still retaining this dog’s capabilities for herding and working on the farm.

This was a tough task for breeders, as it was important to keep the skills of the Australian shepherd intact while trying to turn it into a miniature breed. They began doing this by purposefully selecting the smallest, yet overall most healthy Australian shepherds and breeding them.

By the very nature of creating a miniature breed, it is important to retain the appearance of the original breed in all aspects aside from size. The miniature Australian shepherd is no exception to this rule. Its appearance can easily be summarized as a miniature variant of a typical Australian shepherd dog. These dogs tend to stand between 14 and 18 inches tall, without much difference between males and females. They weigh between 20 and 40 pounds, also without much difference between males and females. If you want to go by the official breed standards, their height should be somewhere between 12 and 20 inches, and they should not be mistaken for a toy-sized breed.

Aside from their height, they very much resemble a standard Australian shepherd. They have long coats of fur that are either bi-color or tri-color. These colors can range from brown and black to ruddier shades of brown, white, tan, and beige. The colors are often mottled or patchy in appearance. Sometimes, the coats can even be wavy, depending on the parent dogs’ genetics. These dogs have long snouts and triangular, floppy ears. They are somewhat lean and muscular, given their herding heritage.

How Is the Mini Australian Shepherd’s Behavior?

Much like the original breed, the miniature Australian shepherd is a herding dog at heart. It lives to work and get its job done, whatever that job may be. Some people work with their dogs on obedience courses, while other people might have their dogs run agility courses to get their energy out. People who have a considerable amount of land might have their dogs work as a watchdog, while other people will let the dog work for its intended purpose: herding livestock. These dogs are loyal, aim to please, and want to do whatever they can to get their job done in a manner that pleases you.

Keep in mind that this means that the dog will have a high prey drive, and despite its size, it may try to herd smaller pets in your home. It may also try to herd young children, if you have any. These dogs have a lot of energy that needs to be spent, since they were bred to work in the fields on a daily basis. This means that if you don’t have an outlet for your dog to expend that energy, the dog can become destructive and defiant, which is something that nobody wants. When all is said and done, the miniature Australian shepherd, much like the original Australian shepherd, is a dog that needs to have a task to get done, or else it can end up causing havoc within the house.

How Do You Care for a Mini Australian Shepherd?

The miniature Australian shepherd has a long, double coat of fur that needs to be well kept if you want to prevent the fur from becoming matted and tangled. This means that you will need to put a fair amount of time and energy into grooming the dog, and if you do not have the time or commitment to do so, this may not be the dog for you.

You should aim to brush your dog every other day, although daily dog brushing is considered optimal to prevent fur from clumping. If it is shedding season, daily brushing is considered a must, as these dogs shed heavily and frequently. You won’t have to bathe your dog very often, but if it works as a herding dog, you may have to give it a bath when it gets into mud.

As herding dogs, these are fairly high-energy dogs. This means that you need to provide an outlet for your dog to get their energy out so they don’t end up destroying your home. If you have the dog tending to livestock and herding, you won’t have to worry as much about making time for the dog, as it will expend its energy working in the fields.

On the other hand, if you are keeping a miniature Australian shepherd as a house dog, you will need to make an active effort to ensure that it has an outlet for its energy. Agility courses, multiple walks a day, brisk walks and hikes, and even vigorous play can be enough to keep your dog happy and content living at home. Apartment living might not be the best option for this breed, however, so keep this in mind when you are searching for the best dog breed for your home.

Just as with any pet, caring for the mini Australian shepherd is a commitment, especially when it comes to grooming and exercise. When planning to adopt this type of dog, this is something that you need to make time for.

How Is the Mini Australian Shepherd’s Health?

As with any purebred dog, the miniature Australian shepherd is prone to some health problems. All purebred dogs are at risk for inheriting hereditary disorders from their parent breeds. This is always something you should talk to the breeder about before you adopt a puppy. If the breeder is hesitant to talk about the health of the puppies, you should find another breeder. Responsible breeders will be open about the health of their dogs.

With that being said, this dog is prone to skeletal problems, mainly hip dysplasia. There is also the potential for the breed to develop progressive retinal atrophy. Many dogs become deaf once they reach an older age. Additionally, some older dogs will be more prone to osteochondritis dissecans. The average life expectancy of these dogs ranges from 12 to 15 years. 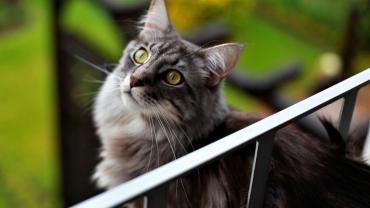