It can generally go without saying that cats are not at all bred for the same reasons that dogs are. Even if you know how to work with the finicky behavior of the cat, there are just some tasks that cannot be completed by a small, domestic cat.

For example, cats cannot really herd animals into a certain position. That job is best left to a dog. Another example is that there are very few cats out there that are hardwired to have a “job” like adults do. Likely, the closest thing that you will get to a working cat are the cats who hunt vermin in farms and stores. Because of all of this, the appearance of the cat breed would prove to make all the difference. People plan on adopting only the cutest, high-end cats.

From Persians to Mainecoons, there are many different cats to choose from. With that being said, most people do not choose the lykoi cat. To many people, these cats are considered to be the feline variant of a werewolf, based on the cat’s appearance alone.

However, do not mistake the Lykoi’s harsh appearance as defining what this cat is all about. The lykoi is a very affectionate and friendly cat who can make for one of the best companions you will ever have. These cats are outgoing and easy to get along with. As long as you do not have any large dogs, or herding dogs, in your home, then your cat should be fine with a multi-pet household. As cats, apartment living is a perfectly suitable experience for your cat, as long as you play with it every now and then. Despite its appearance, the lykoi is one of the most well-loved cats around the world for its affection.

Where Does the Lykoi Cat Come From?

Unlike many breeds that are deliberately created to combine the best traits of other breeds, the lykoi’s origin story is a bit different than what you might expect.

Rather than a mutation that comes from the interbreeding process of creating purebred cats, the lykoi cat came from a mutation that many people didn’t know about at first. Originally, the creators of this breed were simply trying to create some black cats, which is one of the reasons why the lykoi cat almost always has dark black fur.

In terms of long-standing cat breeds, such as the Egyptian Maw, the lykoi cat is very new and very recent. This means that there isn’t much of a history behind them yet. All that has really happened is that the lykoi cat was created when a scientist learned about an underlying genetic condition that leaves the lykoi cat looking akin to a werewolf. From here, the lykoi cat has been steadily gaining popularity as it makes its way onto the screens of anyone and everyone.

In a sense, the lykoi cat is a genetic mutation of the sphynx cat. They have the same type of build, minus all of the fur that hides the lykoi’s skeletal figure. They have the same ears, snout, face, and tail as their sphynx ancestors, and it has been like this for a very long time. Some people might believe that the lykoi are ugly, as they don’t have a full fur coat. Unlike the sphynx which has virtually no coat, the coat on the lykoi can be patchy, but there are definitely areas where the cat has fur.

In fact, in some lykoi cats, the cat has a full coat of fur that you can brush whenever you want. Determining how much fur is going to be on a cat is something that takes the expertise of the breeder you are purchasing from. Often, the pattern of fur that these cats have will resemble a werewolf, earning the cat’s name.

The lykoi’s coat is generally very short, but is very soft to the touch. Sometimes they will shed out their coats only to regrow new ones that might cover different areas of skin. Sometimes the color of the fur will also change when the cat regrows its fur after a heavy shed. It has been noted that sometimes the color of the fur can go from black to white. When all is said and done the unique genetic makeup of the lykoi and its partial baldness from its sphynx ancestry makes the lykoi a very unique breed of cat. No two lykoi cats are the same, and to some people who own pets, having one of the rarest ones is always a plus.

How Does the Lykoi Cat Behave?

These cats love to have fun and they love to interact with people, toys, and other animals. They are intelligent, meaning that the more interactive a toy is, the more fun the cat is going to have playing with it. These cats are typically well-behaved and calm, not causing too much trouble if they don’t need to. They enjoy being able to spend time with their family, including sitting in the same room as them, sitting on top of their favorite person, and simply meowing for attention if the lykoi believes that it is not getting enough attention.

Curiously, because these cats occur somewhat often among the stray and feral sphynx, it can sometimes be hard to judge how they will behave. All cats, whether they are completely feral or accept humans for the most part, are going to react differently when faced with the idea of living with a complete stranger. Some feral lykoi cats may be skittish or cause trouble. But thankfully, most of these cats are pleasant, docile, and calm. At least, until it is time for the cat to play. Then the cat will be more than happy to play with you.

What Kind of Care Does the Lykoi Cat Need?

It is important that you pay attention to how much light and heat your lykoi cat is exposed to. Because this cat’s fur is very thin and very fine, this makes the cat much more prone to heat problems and light. Even a couple hours in the sun can cause a fair amount of damage to the skin, and nobody wants this to happen to their cat. To work around this problem, you can either think of it as your cat getting a tan, or you can plan your cat’s walk to be completely in the shadows. This is something that you will have to determine when you get your first cat.

As cats groom themselves, you won’t need to pay too much mind to your cat’s interesting coat. However, during shedding season, you will want to consider brushing a couple times a day to make sure that all of the loose and dead fur gets removed from the cat.

How Is the Lykoi Cat’s Health?

The lykoi cat is fairly healthy, especially considering that it is not a manmade purebred cat. The main thing you will want to look out for are skin conditions. Because the coat of these cats can be so sparse in some areas, the skin is unprotected against the elements, scratches, heat, light, cold, and so on. You will need to pay extra attention to the skin of your lykoi cat if you want to make sure that it is as healthy as possible. 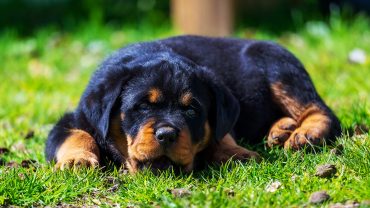