From European and Asian folktales to Freud’s psychoanalysis of his pseudonymous “Wolf Man” and Classic Hollywood’s The Wolf Man to werewolves in Harry Potter and Twilight, humans have been reimagining wolves for millennia.

And why not? Wolves are among the most powerful, majestic, and iconic animals on the planet. Humans have been fascinated with wolves for thousands of years – and of course Man’s Best Friend comes from selectively breeding them.

Now our fascination with breeding wolves and dogs has come full circle with the Lycan Shepherd, a wolf-shepherd dog hybrid. What are they like? Let’s take a look.

You may be curious about the name, or have a vague inkling that “lycan” is somehow related to wolves.

If so, you’d be right – “lycan” is a shortening of “lycanthropy,” which is the classic name ascribed to the “condition” from which werewolves and wolfmen were said to suffer. “Lycanthropy” can be broken down to “anthro” for “man” and “lycan,” from the Ancient Greek “lykos,” for…wolf – making “lycanthropes,” literally, “wolf men.”

This name hints at the transformative nature of Lycan Shepherds. If you’ve never heard of them before, don’t worry – you won’t find them anywhere near the Westminster Dog Show or American Kennel Club. Those shows are hugely influential in labelling dog breeds as “official.” Once a breed has made Westminster or AKC status, they’ve really “arrived.” However, this can take decades to happen, if it does at all.

By contrast, Lycan Shepherds are a very new dog breed, and one that’s still “in development.” We don’t tend to think of dog breeds as being “in development” the same way we do a video game or film, but the fact is that every dog breed you see today is the result of decades or even centuries of selective breeding. It took ages to produce Poodles, Schnauzers, and, yes, Shepherds.

True to its name, the Lycan Shepherd is more wolfish in its appearance. This is being accomplished by selectively breeding different existent dog breeds that already have aspects of this appearance present in their own breeds so as to create an especially wolfish-looking Shepherd. Breeds included in this process are German Shepherds, Blue Bay Shepherds, and Belgian Malinois.

The Blue Bay Shepherd is yet another breed which is “in development,” albeit a bit further ahead in that process than the Lycan Shepherd. True to its name, it has a blackish-blue coat. They tend to be large, excitable, gentle giants. That said, judging tendencies may be a bit premature given that the first litter of pups was only born in March 2011, making the breed just a decade old.

The other two breeds from which the Lycan is derived are much more well-established. The Belgian Malinois has been around for more than a century and has received recognition from the American Kennel Club, as have German Shepherds. Both have a history of being used by armed forces and as assistance dogs, with German Shepherds ranking among the top 10 most popular dogs in the US and UK in 2020.

These breeds were selected in part based on their hardiness and for their status as dog breeds that are at least partially related to or “composed” of wolf dogs. Again, it may be weird to think of dogs as being “developed” from different “composite parts.” However, that’s how different dogs are formed, and these breeds have been bred to eliminate or highlight traits.

Lycans are thus meant to be family-friendly wolf dogs. While the breed is still very new, from their conception they were intended to carry certain traits.

For example, German Shepherds are often noted for their intelligence, and the same is expected of Lycan Shepherds. Breeders are thus attempting to select dogs that show signs of exceptional intelligence (exemplified by things such as problem-solving) to create an overall intelligent dog breed.

What’s more, this breed is obviously intended to emulate wolves and wolf dogs to an extent, and certainly in their appearance. Breeders are thus attempting to select dogs for qualities that line up with our idea of typically wolfish traits, such as light eyes, larger heads, and darker coats. That said, they also tend to have smaller ears than your average German Shepherd.

Another desirable quality is the dog’s ability to obey commands. As much as these dogs are meant to look like wolves or wolf dogs and have a somewhat “wolfish spirit,” they are nevertheless supposed to be family-friendly, which obviously isn’t true of a real wolf. This means balancing things such as a tendency for aggression in wolves with a smart and friendly disposition typical of a Belgian Malinois or German Shepherd.

While the breed is still in its early stages and there are thus comparatively few Lycan Shepherds to go around, we can already start to guess at some of the traits that they will need for raising this dog. For example, these dogs are bred to have a ton of energy, like their source breeds, owners must have a lot as well to keep up with them.

In addition, these are dogs that are bound to need a lot of training. They are intended to have a heightened intelligence, but to get the most out of that, you have to give these dogs a constant opportunity to learn and grow, and that means training them. These are not dogs that are meant to simply lounge around the house all day.

Given all that energy and intelligence, these dogs are bound to need a structured environment, and that means a calm, controlled household. Contrary to their wolfish background, you don’t want to simply let these dogs run wild. These dogs may prove to be a good breed for tracking someday, but if you aren’t careful, they could turn into wild hunters and attack small animals as though they were prey.

A Pricy and Unpredictable Breed

Any new dog breed is bound to cost a pretty penny due to their newness and rarity. Lycan Shepherds are no exception, with estimated prices for them today ranging from $3,000 to $5,000. If the breed is a hit, that price could increase, though it may start to fall as it becomes more common.

Nowadays, there are hundreds of dog breeds registered with organizations such as the AKC, with dozens of them catching on and becoming hugely popular worldwide. Lycan Shepherds have every opportunity to join them. If you want a new, rare dog that has a wolfish wild side, these are bound to be a new breed to keep an eye on in the years to come. 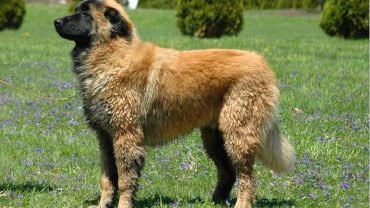