Millions of people all around the world see squirrels outside. They are common backyard animals and they are one of the most distinctive sights at a birdfeeder. People often come across a situation where they might see a baby squirrel because of how prevalent most squirrels are. Other people may wonder about the possibility of adopting a squirrel as an exotic pet.

Before you take action in any of these situations, one of the most important things that you need to make sure of is whether or not you can even own a squirrel as your own. This should be the first thing you research when you are considering owning a squirrel.

Is it Illegal to Own a Squirrel?

Unfortunately, there is no clear-cut answer as to is it legal to have a pet squirrel or not. Different states and different countries are going to have different regulations regarding exotic animals. Squirrels are not the standard pet that people own, so they are regarded as exotic animals.

Before you adopt a squirrel, it is up to you to make sure that you are following the law, as you may end up facing fines otherwise. Depending on the state, the fine for owning a prohibited animal can range from a few hundred dollars to tens of thousands of dollars or possible jail time, making it all the more important for you to do your research.

States Where Owning a Squirrel Is Always Illegal

There are some states that have a solid and non-negotiable rule that squirrels cannot be kept as pets. In these states, unless you are running a wildlife rehabilitation organization or another federally licensed organization dedicated to caring for animals, you cannot own a squirrel. Keep in mind that laws update, so you should always check with your state first and foremost.

States that do not allow for squirrels to be pets include the following:

For the most part, squirrels are generally not allowed to be pets, as they are considered wild animals.

When the Species of the Squirrel Matters

In some states, there are regulations regarding the species of the squirrel. In these states, certain species of squirrel are allowed to be kept. This means that as long as you are mindful of this, you will be able to keep squirrels as beloved companions.

Keep in mind that there was little mention of whether or not you would need a permit to care for the squirrel and be able to legally own it. This means that if you want to be as legal as possible, you will want to confirm with your state’s laws or offices. Some states will also vary by county, meaning that you will want to check your local laws as well as the state’s.

States Where Owning a Squirrel Is Always Legal

Just as there are plenty of states where owning a squirrel as a pet is outlawed, there are also states where these regulations are relaxed. In these states, you can comfortably keep squirrels as pets without having to worry about fines or jail time. These states include the following:

In some of these states, you will need to have a type of permit for the ownership of the squirrel to be fully legal.

Indiana and South Carolina require a permit, Michigan requires a game permit, and Nebraska requires a wildlife permit. Delaware and Louisiana are unclear on whether or not they would require a specific permit for you to legally own a squirrel as a pet, so you may want to double check with your county and state law offices to be certain. All of the other listed states do not require a permit at the state level, but it is wise to check at the county level regardless.

States with a Grey Legalization

Last, but most certainly not least, there are the states where the answers aren’t quite as clear. Some states allow for certain exotic animals to be kept as pets, but do not clarify whether or not squirrels are included in this. Other states make no mention of the legality of owning exotic animals, leaving you in a grey space, especially if your county does not clarify this.

The states that are not as clearly defined regarding the legality of owning a pet squirrel include the following:

All of these states make it hard to tell whether or not squirrels fall into the illegal or legal categories of exotic pet ownership. Keep in mind that in Maine, you will require a permit if you plan on keeping a wild animal, and presumably this includes squirrels.

Making Sure That You Are Able to Find Specialized Veterinarians

Besides running the risk of being fined, having the squirrel taken away, and potentially being sentenced to jail time for owning a prohibited animal, another reason why you need to check the legality of this is veterinary care.

Even if you manage to take in a squirrel as your own, if you are in a state that does not allow for squirrels to be pets, then this means you are going to have a considerably difficult time finding a veterinarian if your squirrel gets sick.

Squirrels are considered to be exotic animals, and as such, they need specialized vet care. Even vets who specialize in rodents and small animals may not have the expertise of a squirrel’s body, risks, and predispositions. As such, if you live in a state where pet squirrels are illegal, you will likely not find a veterinarian who is comfortable working with a squirrel, leading to more trouble.

When all is said and done, it is an unfortunate fact that there isn’t a clear-cut answer to the legality of owning a pet squirrel. Some states are perfectly fine with the idea of pet squirrels, while other states aim to preserve the balance of nature by not allowing wildlife to be taken in as a pet. It will take some research to make sure that you are able to legally take in a squirrel or not, and you may have to check numerous sources, including your county law offices. 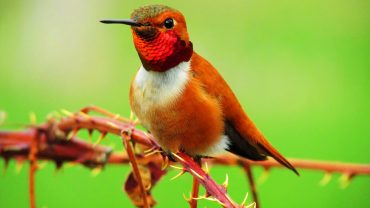