There are many cases when you may find that you want to feed the squirrels that you come across in your life. It could be that you simply want to add better food to the feeders in your backyard and want to make sure that you are not feeding the squirrels anything that is potentially dangerous.

It could also be that you have chosen to take on the task of nursing a squirrel that cannot be returned to the wild and want to give it the best food that you can. No matter what reasons you have for choosing to feed a squirrel, the first step you take should be to firmly understand what wild squirrels eat first.

What Do Squirrels Eat in the Wild?

The type of foods that squirrels eat is somewhat hard to classify. The diet of a squirrel depends on several factors, including the species of the squirrel, what part of the world it is located in, and what food options are available. Even within this, squirrels will often have preferences for what they want to enjoy.

The focus that a squirrel has depends on their species and location in the world. For example, squirrels that live in tropical regions of the world are almost exclusively insectivores, choosing to heavily prioritize eating insects rather than plants and seeds. Other squirrels, such as the common backyard squirrel, prefer to eat plant matter despite being able to digest and process animal matter.

What Do Common Backyard Squirrels Eat?

Eastern grey squirrels prefer nuts, including acorns, walnuts, and hazelnuts, although they frequent bird feeders as well. The American red squirrel has a more varied diet, preferring to eat berries, acorns, hazelnuts, sunflower seeds, mushrooms, mice, and bird eggs, as well as drinking from the taps of maple trees. Fox squirrels also have a preference for nuts, preferring to eat acorns, walnuts, pecans, and hickory nuts.

What Foods Can You Feed Squirrels?

Now knowing the food preferences of the three most common species of squirrel within the United States, you can begin thinking about the different types of foods you can feed squirrels. If you are planning to supplement a squirrel feeder with extra treats, one area that you will want to focus on will be nuts, as this is the most enjoyed food out of all the squirrel species.

If you find yourself wondering about nuts and can squirrels eat salted peanuts, the answer to this is a firm no. Squirrels enjoy nuts, but peanuts are risky enough as it is because of the fact that some of them contain aflatoxins. The added sodium from salted nuts is far too much for their smaller bodies. You should stick to unsalted and unsweetened nuts. As for cashews and can squirrels eat cashews or not, this is a much safer choice to opt for.

Many squirrels enjoy the occasional fruit, so you may think about easily accessible fruits. Raisins are easy to obtain, so you may start to ask yourself can squirrels eat raisins or not. Squirrels often adore raisins in much the same way as children do with desserts: they eat raisins at the expense of healthier foods. If you want to include raisins, be mindful of only including a small amount as raisins don’t have much nutritional value for squirrels and are often high in sugar.

What Foods Do Squirrels Enjoy?

As you think about the types of foods you can add to a squirrel feeder, you will want to also think about foods that squirrels enjoy the taste of, and not just foods that are beneficial for squirrels. This is where fruit comes in. Many squirrels love fruits, even if fruits are not as beneficial to them as nuts and seeds are. Vegetables can also be included, but squirrels have a tendency to favor fruits for their taste and scent.

If you want to feed your squirrel fruits, there are a few things to keep in mind. Most fruits are high in sugar, meaning they should only be given in heavy moderation. Additionally, you should try to avoid dried fruits at all costs, as they do not have the little nutritional value that unaltered fruit provides.

Safe fruits for squirrels include seedless grapes, orange slices, blueberries, chopped bananas, peaches and nectarines (with the pits removed entirely, as the pits are toxic to squirrels), cranberries, raisins, romaine lettuce, and peeled squash. These foods should only be given occasionally and mixed in with the rest of the nuts and seeds that your squirrel feeder has.

What Foods Should You Keep Away From Squirrels?

As with all animals, there are some foods that should be kept away from squirrels because of ingredients that are only toxic to animals or are toxic enough that it affects a squirrel’s small body but not humans. One of the most prolific examples of this is chocolate. While you may look at what urban squirrels eat and assume the answer to can squirrels eat chocolate, the answer to this is no.

As you may know if you own pets, chocolate contains an alkaloid compound known as theobromine. This compound is toxic to mammals, and especially so to small animals such as dogs, cats, birds, and squirrels. You may be surprised to learn that theobromine is also toxic to humans, but it occurs in such small amounts that it would not be feasible for a human to consume a lethal dose in chocolate alone.

When you are thinking about adding proteins to your squirrel’s feeder, you may wonder do squirrels eat meat or not. As omnivores, squirrels are capable of digesting meat and some species (such as the fox squirrel) will regularly hunt for it. Other squirrels will only eat meat if they are driven to hunger. If you wish to feed your squirrel meat, make sure that it is proportioned for a squirrel’s size and follow the standard rule of not seasoning the meat in any way.

The Problem with Birdseed in Squirrel Food

Most people are well aware of the fact that squirrels enjoy seeds, and many squirrels will eat seeds as a primary source of protein and other nutrients. As such, many people will fill their squirrel feeder with standard birdseed and think that everything will be okay. While birdseed mixes are not going to be inherently toxic to squirrels, these mixes will contain seeds that squirrels are better off without.

The primary culprit for this is sunflower seeds. Sunflower seeds, by themselves, are not exactly toxic for squirrels. The problem with them is that they contain very little nutritional value that squirrels can make use of. Squirrels also heavily enjoy sunflower seeds. These two factors combined present a similar problem as with raisins being fed to squirrels.

With squirrels favoring sunflower seeds, they will often pick out other seeds from their feeders, which may have more nutritional value for the squirrel, in favor of eating only the sunflower seeds. If this happens too much, the squirrels in your backyard will be at more risk for developing conditions that stem from malnutrition. To avoid this, there are two things that you can do. You can feed a variety of food to the squirrel, with seeds making up a small portion, or you can actively select seed mixes that are formulated for squirrels, rather than birds.

In the end, if you are planning to feed the squirrels in your yard or a squirrel that you have chosen to nurse, you should focus on catering to its needs. You should always research what the preferred foods of your squirrel’s species enjoy, as preferences can vary heavily from species to species.

With that being said, focusing on nuts and seeds is always a safe choice, as most squirrels derive a substantial amount of their nutrients from these sources. 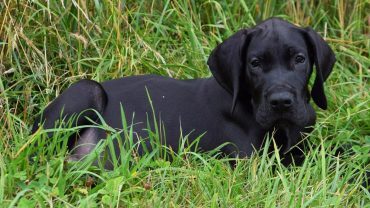