Out of all the dogs that people would think of for being guard dogs and protectors of a property, there are very few that match the reputation that the American bulldog and the pitbull have. Both of these dogs are historically bred to be aggressive defenders and as such, there are plenty of people who aren’t a fan of them.

Regardless, if you are thinking about adopting one of these two dogs, the most important thing to note is that they are two completely different breeds of dog. They may share some ancestors to give them some of their similar appearances, but aside from this, they can be easily differentiated by size alone, not to mention their breed’s origins.

To fully understand the answer to the question of is an American bulldog a pitbull, you have to first go to the history of both these breeds. This will help you get a better sense of how each dog came to be and where their differences split them into different breeds.

First things first, there are a few things to note about the pitbull. Despite how common people use the term “pitbull,” this term is not the breed’s exact name. The breed that is officially listed by the AKC is the American Staffordshire terrier. It is not known exactly why or how this difference in name came to be, but this is standard practice.

Where Did the Breeds Come From?

Both of these dogs came from one common ancestor breed: the English bulldog. This dog was a common guard dog and protector for the working class all throughout Britain, and as people began moving to the United States, they naturally brought their dogs with them. This is about the time when the differences began to split the future offspring breeds from the English bulldog, resulting in the American bulldog and the pitbulls.

The American bulldog was bred to both serve as a protector and also to participate in a then-popular sport known as bull-baiting. During the years of WWII, the breed almost became extinct as people began focusing on fighting rather than farms, though it held on as southern farmers chose to keep their once-working dogs as companion pets, turning them into the lovable pet that people have today.

The pitbull was also bred for the purpose of bull-baiting, and once that was outlawed, it participated in dogfighting and other similar “sports.” As such, rather than breeding them for protection and vigilance, people began breeding their English bulldogs with other dogs to create a more aggressive breed that was stronger but still retained the agility necessary for the sports.

When you know what to look for, it’s actually pretty easy to tell these two breeds of dog apart. The American bulldog tends to be a fair bit larger than your standard pitbull. It stands between 22 and 27 inches to the shoulder and can easily top 100 pounds in weight. By comparison, the pitbull stands between 17 and 21 inches in height to the shoulder and rarely weighs more than 60 pounds.

Both dogs were bred to be strong in their own ways, so they both have a stocky, strong-legged appearance. Their trunks and torsos are boxy and are where most of the heft of the dog is located. Both of these dogs also have more rectangular and angular faces with strong jaws that can decimate anything that the dog has its mind set out to go after.

Aside from their height, their general build, coloration, and appearance is fairly similar considering that they both have close relations to their parent breed. This is part of what makes it harder to tell a small bulldog apart from a large pitbull.

The temperament of these dogs is extremely similar, which is one of the biggest reasons why people can have trouble telling them apart. They both have histories in fighting, which gives them a more aggressive edge to their temperaments. This needs to be controlled from early on in the dog’s life, as it can pose a problem for them in the future if they do not know how to control their aggression.

Pitbulls have the shorter end of the stick in this category, as they have a lot more recent activity in fighting where they are bred solely for aggression and strength. Even if you do everything you can to properly train a pitbull, there’s a good chance that it will still have some trouble controlling itself around smaller animals, though there is still a chance that this kind of behavior can be trained out.

Neither dog is good at socialization and neither dog should be left alone with small children who don’t know how to be cautious around dogs. Bulldogs tend to be easier to socialize than pitbulls, but as long as you are willing to put in the work, pitbulls can be loving members of the family and fierce guardians to protect your house with.

Both of these dogs, because of their shared histories, are capable of being intelligent but they are both incredibly stubborn. They often take a dominant personality, which means that you need to be able and willing to be a firm teacher that will push back if the dog decides to be stubborn. Neither of these dogs can be considered beginner breeds for this reason, and if you aren’t sure about your capabilities in terms of training, you can always rely on a professional.

When put to work, they are generally very good at sports because of their history. It may be harder to train a pitbull, but they can produce better results because of their recent history of fighting and being bred for that reason. These dogs tend to enjoy sports and it is a good outlet for their energy, and they are quite similar in this sense as well. 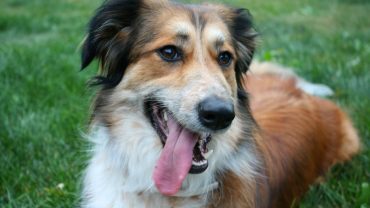