The golden retriever is a generally healthy dog breed. However, like all living creatures, they are prone to diseases and other health issues. While some of these diseases may be chronic or even terminal, regular visits to your veterinary should catch most of them before they get worse. Moreover, paying close attention to your furry buddy will not only establish a great bond between you two and help you notice any warning signs like mood and behavioral changes so you can respond to them on time.

Why Is The Golden Retriever So Popular?

When you search for family dogs on the internet, you are highly likely to find the golden retriever ranking high on a lot of lists. Their cheerful, playful, eager, and obedient nature makes them very popular among dog lovers. Golden retrievers are also easily trained, and thus useful in many activities such as guiding blind and deaf people, sniffing out drugs and bombs at security checkpoints, rescue missions during natural disasters such as earthquakes, dog competitions, and even animal movie roles.

What are the Common Golden Retriever Health Problems?

Despite their high lifespan of 10 to 12 years, the golden retriever is susceptible to several health issues, some of which are congenital to the breed, while others are avoidable. Here are some of the most common golden retriever health problems:

Treatment and management: Although chemotherapy is practiced and encouraged on dogs, it is essential to note that cancer could probably recur, as is familiar with human beings as well. Recently, stem cell transplantation (also practiced on humans) was proposed as a feasible treatment option for dogs.

Another health problem that is common to the golden retriever is hip dysplasia. It is a skeletal disease that occurs when a dog’s hip joints fail to develop correctly, causing the hips to dislocate partially. When this condition occurs, your dog could experience extreme difficulty and pain when walking. Hip dysplasia not only occurs genetically but can also occur as a result of a poor diet, as well as obesity.

Signs and symptoms: Abnormal hopping movements, pain in the hip or pelvis area, audible clicking sounds from your dog’s hips as he walks, shrinking of your dog’s hind legs, and the reluctance to play or participate in physical activities.

Treatment and management: The use of anti-inflammatories can help reduce the inflammations on the joints. Weight loss and physical therapy can help in case your dog is overweight. Surgery is also a viable solution for puppies. It is, however, costly and ranges between $1,700 and $4,500.

As with most other dog breeds, golden retrievers can develop certain heart, lungs, and circulatory conditions. The most common issue under this category is the subvalvular aortic stenosis (SAS), which refers to the narrowing of the front part of the aorta.

The aorta is an artery that carries oxygenated blood from the heart to the rest of the body. In other words, the narrowing of the aorta means that the retriever’s body organs will be deprived of adequate oxygen supply, resulting in the heart overworking itself. Over time, the heart becomes exhausted, and this can lead to death.

Signs and symptoms: Some of the symptoms include persistent coughs, increased respiratory rate, tiring quickly, weight loss, and in extreme cases, fainting. Unfortunately, it can be quite challenging to know whether your golden retriever has developed a heart condition. You may find it hard to tell whether your dog is ailing from SAS, or is merely feeling lethargic. However, paying close attention to your dog’s behavior can help you catch this condition before it gets worse.

Treatment and management: The recommended therapy for heart problems is medication from your vet. Taking your dog for routine veterinary check-ups like chest x-rays, blood and urine tests, as well as ultrasounds can help prevent this condition.

Treatment and management: Blood transfusion can help stabilize a bleeding dog in an emergency. After the administration of a drug called DDAVP, some ailing dogs can increase their VWF. However, the drug is expensive, and your dog may not necessarily respond to it.

Commonly known as loose knees disease, luxating patella is a congenital disease that refers to the dislocation of the kneecap. Unfortunately, it is impossible to detect this disease in retrievers under six weeks of age.

Among other things, golden retrievers can suffer from skin problems such as allergies that cause itchiness, flakiness, and reddening of the skin. Unfortunately, the golden retriever’s double-layered fur coat provides the perfect habitat for disease-carrying bacteria, dirt, parasites, mites, ticks, fleas, and fungus.

Signs and symptoms: Excessive shedding, reddening of the skin, excessive discharge of sebum, swelling in the skin, and presence of fatty tissue on the surface.

Treatment and management: Change of diet, infiltration of calcium chloride, and surgery are viable treatment methods. Using flea shampoos and tick repellants can also help cure and avoid some of the golden retriever skin problems.

Just as human beings, golden retrievers get cataracts with age. In other instances, they can get cataracts as a side effect from an underlying disease, or from trauma to the eye. Dog breeders should consult a certified veterinary ophthalmologist to check for hereditary eye disease before breeding.

About 7% of golden retrievers are affected by epilepsy. The seizures range from small, localized seizures such as face twitches, to generalized seizures, which entails the whole brain and other body parts.

Signs and symptoms: Tongue chewing, loss of consciousness, drooling, paddling of the leg, and foaming at the mouth.

Treatment and management: You can administer antiseizure medications like potassium bromide to cure seizures. In some cases, however, epilepsy can be caused by an underlying disease such as kidney disease and is therefore curable.

Other golden retriever health issues to watch out for include:

While some diseases like luxating patella are congenital and, therefore, beyond our control, others occur simply due to negligence, poor diet, or overfeeding. Active and intelligent, the golden retriever is a member of many families all over the world. Always make sure to encourage their enthusiasm and playfulness. Remember, an active lifestyle and a healthy diet can go a long way in ensuring your furry friend stays healthy and happy. 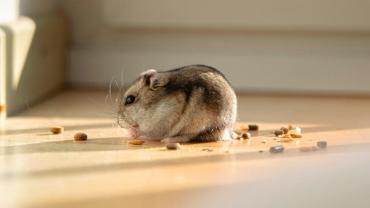