The German Shepherd Dog (GSD) is one of America’s most popular dog breeds. They are intelligent, hard-working, and make great companions too. These dogs are devoted to their owners and are very courageous. German shepherds can be trained to carry out a variety of roles such as police and military work, guiding and assisting the disabled, herding, drug detection, and many more. These dogs are not small dogs by any means, but just how big to they get?

How Much Do German Shepherds Grow?

Adult German shepherds can stand as high as 26 inches tall. The height standards for males and females are:

German shepherds, therefore, are classed as a large dog breed. In terms of adult weight, the standards are:

These dogs have a smooth, curved outline to their bodies, and their natural gait is a free and easy trot. Despite this, they are very capable of reaching great speeds when duty calls. German shepherds are muscular dogs that come in a variety of colors, including the standard black and tan, black and red, white, black, ebony, and more. There are a total of 13 recognized colors of German shepherds, so you’ll be spoiled for choice.

A healthy large breed puppy, such as a German shepherd puppy, will usually double their birth weight in the first week. That’s right, the first week! This growth is followed by a more gradual and consistent weight gain of 5-10% per week as the puppy ages. These dogs usually reach their adult size by around 18 to 24 months, yet this can be up to 36 months for some Eastern European lines. A German shepherd’s growth rate typically slows at 6 months, and growth after 12 months is minimal.

You can track and manage your individual puppy’s growth using growth charts. This will help you determine if your puppy has a healthy weight and height for their age. If it seems like your puppy is growing slowly or too quickly, it is usually not a cause for concern, and it could be due to something as simple as the amount that you are feeding them. However, if you are worried about your puppy, a physical examination by your veterinarian could help to put your mind at ease.

Both the UK and American Kennel Clubs advise that puppies should only leave their mothers and be rehomed at eight weeks old or older.

This age is the perfect time to socialize your puppy with other animals, humans, and new surroundings. Crate training, housebreaking, and walking on a leash should all start at this age. Pretty much as soon as you bring your new puppy home and start to settle them in, you should also begin to train them too.

When you bring your puppy home, you should also accustom them to being groomed and handled by people, and introduce them to a variety of other animals. You may already have other pets in your household, such as cats, and it’s crucial to introduce your dog to these other animals along with small children. Otherwise, your dog may never truly tolerate them when they are older. You may find that your dog and cat become the best of friends and that they love playing with children.

Additionally, during this time frame, your GSD puppy’s ears will start to stand up. Their ears are folded for the first few weeks of their lives, and they only begin to stand correctly during this period. Don’t worry too much if they appear lopsided at first, as this is just the beginning of the process. Eventually, your dog’s ears will stand properly.

During this time frame, your German shepherd puppy is in the juvenile stage of development. This stage is believed to stretch into the sexual maturity stage. By this time, your dog will have all of their puppy teeth! You should also take note of your puppy’s ear carriage and temperature at this point in time, as their body temperature should now be the same as an adult dog’s body temperature by this age – around 102 degrees. Many begin puppy classes around three months old to begin obedience training their dogs.

Your dog will begin to lose it’s puppy teeth and you may notice teething behaviors, such as chewing. Chew toys make a good investment during this period unless you’re willing to sacrifice your shoes and risk your dog associating them with chewing for the rest of their lives! Their social development takes longer than sexual development, and you may notice that the beginning stages of social growth show mature adult social behaviors.

A puppy reaches sexual maturity at around six months old, meaning that all of their sex organs are fully developed despite their skeleton still growing. Physically, your female dog is able to become pregnant and have puppies at this stage of their development. Therefore, six months is usually the period where owners begin to consider spaying their dogs to prevent unwanted pregnancies. Your dog’s ears should also stand on their own by now.

Male dogs reach sexual maturity around seven months of age. The first signs of this are that your dog raises his leg when urinating, begins mounting any object he can find, and may even display more aggressive and domineering behaviors. Owners consider neutering male dogs at this age to reduce boisterous behaviors. Still, it’s also important to assert yourself as the alpha dog to ensure your puppy is aware of where he stands in terms of pack membership.

German shepherds continue to mature up until they are around 36 months old, and many do not consider a GSD an adult until they are two and a half or three years old if male, and over two years if female.

German shepherds are not suitable for everyone, so before you consider responding to an advert, make sure you do your homework! There are lots of online resources that delve into the personality and care requirements of a German shepherd, along with health conditions that they are prone to. They are often thought to be aggressive dogs due to their portrayals in movies, but with the right training and socialization, these dogs can make the best family pets.

Training and exercise are essential for any dog breed as they can become frustrated and problematic, and of course, this can be concerning if the dog is as large as a German shepherd. As long as you have patience and time for these dogs, they are sure to become loving, loyal, and intelligent adults that make excellent protectors of you and your loved ones. 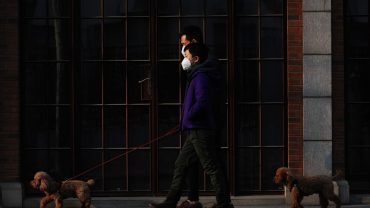