People always view snakes as dangerous animals. In movies and TV shows, snakes are portrayed as the biggest enemy of humans. However, that isn’t really true because the majority of snakes in the world are nonvenomous. These snakes do not produce a toxin, which is why their bites cannot kill humans.

Some people bring in these creatures as pets and are quite friendly with them as well. They are unique reptiles that can be interesting to have around.

Many snakes are docile, which means they don’t bite at all, and therefore, can be kept as pets. Nonvenomous snakes that can bite can also be kept as pets, but extra caution is needed in their care.

There are a lot of benefits of keeping a snake as a pet. If you have a snake on your property, it will drive away rodents. It can also keep toads away from your property. People who have a rodent problem can benefit greatly from keeping snakes as pets. But many people simply like snakes, which is why they keep them as pets.

If you choose the right species, you can keep a snake as a pet without putting yourself in danger. Only experienced snake keepers should keep dangerous snakes as pets because they would know how to take care of them properly.

What is the Elephant Trunk Snake?

If you believe the movies, then you would think that there are only a few types of snakes in the world. But in truth, there are more than 3,000 species of snakes and almost all of these species can be divided into further categories. One of the snake species is known as the elephant trunk snake, which can be found near freshwater.

Although you can find these snakes in coastal areas, they prefer freshwater over brackish environments. Since they are aquatic, they spend most of their time underwater. They can stay underwater for 40 minutes straight without feeling the need to come up for air. They cannot stay on land because they don’t have the ability to control their body weight.

Elephant trunk snakes are ambush predators, which means they stay in hiding until their prey comes near and then attack it.

Why Are Elephant Trunk Snakes Popular?

Many animals become the target of humans for different reasons. Some of them get killed for their meat, while others are targeted for their skin. Many species have gone into hiding or become endangered because of this reason. Although the elephant trunk snakes are not endangered, their numbers have been decreasing.

The species has also been affected by global warming. Habitat loss is another reason why the number of elephant trunk snakes is decreasing. Hundreds of thousands of elephant trunk snakes are killed by humans every year, and the rest have to suffer because of the loss of habitat. To solve this issue, people have started keeping these snakes as pets.

Can You Keep Elephant Trunk Snakes as Pets?

People have been keeping snakes as pets for a while now. There are many cute types of snakes that are particularly famous among pet owners. Many snakes are low maintenance, which is why they are preferred by pet owners. But the elephant trunk snake has its own charm. It may not appear on the list of the world’s cutest snakes, but it is quite unique.

When you keep a pet, you have to take care of all of their needs. You also have to make sure that they don’t fall sick. To keep them safe at all times, you should learn all about them before bringing them into your home. Once you get a pet, they will become completely dependent on you, which means you must be prepared to take care of them.

Elephant trunk snakes don’t suffer from health problems when kept in a clean environment. If you change their water regularly and follow the right guidelines for keeping elephant trunk snakes, you won’t run into any problems. However, if you try to lift them, even for a few seconds, you will seriously injure your pet. 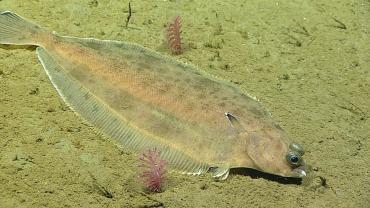