Whenever the Doberman gets mentioned, the image of a strong, tall, and protective watchdog follows closely behind it. While these dogs do make excellent watchdogs, some of their qualities are quite desirable in a family pet, such as their energetic nature and their adoration of the people around them demonstrated through affection and loyalty.

So, what better than to combine this nature with a breed that is absolutely and utterly useless at being a watchdog – the Labrador retriever. Labradors are crazily friendly to everyone they meet, very good with children, and getting on fairly well with other animals.

Meet the Doberman Lab Mix – The Best of Both Worlds

Both breeds have high energy levels and thrive off long walks and games of fetch with their humans, but Dobermans are much more cautious when it comes to unfamiliar people than Labradors are. Does this mixture sound good to you? Let’s dive right in and discuss more about the parent breeds and what you can expect from this unique pairing.

The Doberman pinscher is a medium-sized, muscular, and athletic dog. Everything about this breed screams the protector of the family. They are happiest when surrounded by their family. These dogs typically have black and tan coats, but other common colors include black, blue-gray, fawn, red and white. White is considered a fault by some breed clubs, but others accept it. Sometimes Dobermans can have their dewclaws removed, they can have docked or long tails, and some also have erect ears due to taping.

However, docking tails and taping ears are illegal in some countries, and slowly an unaltered long tail and folded ears are becoming more common in the breed standard due to this.

In some countries, however, it is totally up to the owner to decide if they want to carry out these alterations or leave the dog as they are. If done professionally, the procedures are painless for the dog. Unfortunately, home alterations are becoming common in which dogs can suffer from skin ulcerations and infections due to gluing ears.

Doberman pinschers are energetic, keen animals that are renowned for their strength and loyalty. They are quite tolerant of children and extremely affectionate with their families. Dobermans are also highly intelligent breeds, which makes them very easy to train.

Perhaps the role they are widely recognized for is the exceptional talent as a watch and guard dog. These dogs do not need any additional training to carry out this role. It is almost an instinctive behavior to them.

These dogs are not for everybody, though. Dobermans need an assertive owner who is going to make it very clear from the start that they are the boss- holding a natural authority over the dog. All additional family members need to be assertive and consistent, setting rules and sticking to them, as Dobermans can become stubborn and wilful with those who allow them to have their own way. They need mental stimulation, lots of daily exercises and consistent, thorough training, and socialization.

While the Doberman pinscher carries lots of stigma as an aggressive dog breed that is unsuitable as a family pet, the Labrador retriever is one of the most popular family pets to this day. There isn’t as much you need to be cautious about with these wonderful dogs, as they are natural people-pleasers that are rarely stubborn when it comes to training. The only time you might encounter stubborn behaviors from this breed is if they want to stay out on their walk a bit longer!

The Labrador retriever is also a medium-sized dog breed, with males standing up to 24.5 inches. Their coats are short, but also quite dense, and come in yellow, black and chocolate variations. Black is the most common coat color for this breed, although the yellow color seems to be what everyone immediately thinks of when Labradors get mentioned. Their heads are wide, and they are quite stocky in stature.

Of course, the Labradors are notorious for their friendly nature and the ability to form strong bonds with the whole family. They are easy to train due to their people-pleasing nature and socialize well with other dogs and humans alike. Labradors are also very energetic breeds that require daily exercise, such as swimming and long walks, which keeps them mentally and physically healthy and happy. As someone’s first dog and family pet, the Labrador retriever is second to none.

What Can I Expect From a Doberman Labrador Mix?

Their personality may lean more toward the Doberman, or more towards the Labrador retriever, or an equal mix between the two parents. Every puppy will be different as their temperament from a young age is entirely dependent on their genetics, and later influenced by how their owners raise them.

The aggression originally bred into Dobermans that most families are concerned about was to accompany taxmen as imposable protectors, and the Doberman eventually gained popularity as a working ‘superdog.’ They have excelled at police and military K9 duty.

However, generations of breeding have helped to combat the Doberman’s reputation as an aggressive breed, and as a result, they’ve become widely recognized service and therapy dogs. So, while they may have a reputation, they are not aggressive dogs by any means.

Appearance-wise, Doberdors can also take after either parent or be a mixture of both. Generally, they have a sleek and neat coat which does not need much grooming – a light brushing here and there will suffice. If your dog is more similar to their Labrador parent, you will need to brush them more regularly as Labradors shed more.

Their coat colors also largely depend on genetics, as Labradors come in three main colors, and Dobermans come in a broader range of shades. Your Doberdor could have an interesting coat blend!

Typically, the mixed breed will be chocolate and tan or black and tan, but they could be black, chocolate with white markings, and even chocolate with tan and white markings. The possibilities are endless. Like all dogs, the Doberdors needs consistent and thorough training and early socialization to ensure they are well-behaved. Lots of physical and mental stimulation is also a must to keep them happy and keep away those destructive behaviors that a bored dog can develop.

What your dog needs will depend on their genetics. For the first few weeks, get to know your puppy more and experiment with different training styles to see what offers the best results. Early socialization is crucial, because your Doberdor pup may become extremely wary of other animals and people if they lean towards their Doberman parent.

Unfortunately, you won’t be able to tell which parent’s genes are dominant, so it’s all about trial and error. You just need to know both breeds and prepare yourself for either possibility, in areas such as training, grooming, exercise, and socialization.

Finally, you should always take your time when looking for a puppy. Make sure to find a reputable breeder, preferably a breeder close enough so that you can visit the puppies in person. A visit will allow you to see their living conditions as well as the mother dog. You’ll also have the opportunity to spend some time with the breeder and ask any questions you might have. It also allows the breeder to ask you some questions so you can determine if you’re a good match for a Doberdor. 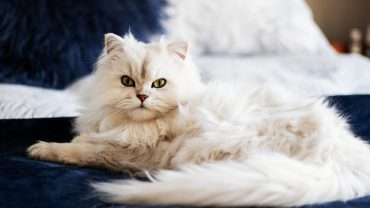