Many different species of snakes are commonly kept as pets. These include the blue python, the corn snake, and the Burmese snake. Most snake breeds have specific requirements, so be sure to conduct your research before you bring one home. Certain snakes are better for beginners, and some require a higher level of expertise.

Choosing the Right Snake for You

Corn snakes are one the most famous snake breeds to be kept as pets. They originated from the USA, where they are usually found near corn harvests, thus the name. Corn snakes can be found in a variety of colors and patterns. The average length of a full-grown corn snake is six feet and it can live for over 20 years.

Another popular option that you can choose as a pet snake is a royal python. They originated in sub-Saharan Africa. Commonly also known as a ball python, they tend to curl up like a ball when they feel threatened. They can grow up to five feet long and have a life span of 20 years.

Undoubtedly, buying a pet snake might seem appealing initially, but they are not good starter pets. If you are looking for a loving and social companion for your home, snakes probably won’t be the first animals to come to mind. Additionally, if you are disgusted by feeding your pet dead or live animals, you probably don’t want to bring a snake home. They are not herbivores!

On the other hand, for some people, snakes tend to be a perfect choice. They can be stress relievers for many pet owners. Snakes do not require daily walks or frequent feeding, nor do they vie for constant attention. So if this is what you want, then you may want to get a pet snake.

Before bringing a snake home, you need to prepare your place for it. The pet snake would require a safe enclosure with a hiding place. You can find many excellent reptile terrariums online and in your local pet stores as well. Inside the terrarium, you will also need to line the bottom of the tank.

The closer you replicate their habitat to their natural environment, the healthier your pet snake will be. It would be best if you also put branches, rocks, and vines in the enclosure. Additionally, snakes also require a hiding place in their enclosure where they can feel safe and rest. This can be done by using some hollow cardboard.

Certain snakes require direct exposure to UV rays. Make sure to research your pet snake’s natural light requirements and then choose a suitable enclosure (you can also buy one that comes complete with UV lighting). It is best to position the enclosure over a basking rock or a branch.

Under-tank heating is also beneficial for the health of your snake. It’s best to heat just the snake’s hiding spot, instead of the entire terrarium. This way, when the snake wants to regulate its body temperature, it can move around to a cooler spot.

It is best not to rely on thermometers or basking lamps for heating. Instead, it is essential to check the floor temperature, the air temperature, and the humidity levels to figure out whether they are ideal for your snake or not.

Many pet snakes learn to tolerate being handled. Some even enjoy it. But when they are in their natural habitat, do snakes like being pet? Indeed, not so much. Avoid even attempting to handle a snake until it has adjusted well in their new surroundings. It is recommended to wait until the snake has eaten at least four meals before you try to pet it.

Ideally, take it slow. Start gradually and place both hands under the belly to support the snake. Only hold the snake from the middle part of its body and never from its tail. To maintain support, you can also use another hand on top of the snake’s belly. Avoid any sudden movements with the snake as it is likely to get startled, and may lash out.

It’s important to understand that typically, most snakes do not like to be pet. However, there are a few snakes that eventually become accustomed to the human touch. Unlike most domesticated animals that really enjoy being pet, snakes absolutely do not like the sensation.

If you notice your snake trying to slither away when you try to pet its head, you may want to keep your distance. Otherwise, there is a pretty strong possibility that your snake is likely to bite you.

During mating season, snakes tend to rub their bodies on other snakes. They also do this on rough surfaces to get rid of dead skin, especially when they are shedding. Certain snakes, such as the Royal Python mentioned above, may even rub its head on your hands or your arms.

However, don’t mistake it for affection; the animal is simply trying to realign its jaw after it is done feeding.

How to Pet a Snake

Ideally, you need to be very careful when you approach a snake for petting it. There are some snakes that like to be handled occasionally or do enjoy a casual massage. Some even like belly rubs or chin scratches, whereas others completely avoid them.

This is not restricted to breeds; it primarily depends on the individual personality of the snake itself. The first thing to do is to carefully check how your snake responds to your touch.

If you notice your snake trying to slither away, it’s best to move away. Be very slow and careful when you approach the animal to pet it. Keep your hand steady and follow it very carefully.

More importantly, you should know that snakes only like to be pet in a motion that starts from head to tail. It doesn’t matter whether you are petting it from the head or any other part of its body; you need to make sure that you do it in a head to tail motion.

When to Avoid Petting a Snake

Above all, you need to be respectful of your snake’s boundaries. There are certain times when you should absolutely avoid petting the snake, such as when it is shedding its skin.

That’s because in such moments, the animal is generally quite sensitive to touch and usually finds it difficult to see. It’s likely to be quite stressed out, and there’s a strong chance that you will end up damaging the snake’s skin.

You should also avoid petting your snake during its meal time. If your snake is hungry, avoid putting your hand out to pet it. There’s a strong chance that the animal will mistake your hand for food, and lunge at it.

Most importantly, don’t pet the snake if it is sick or injured. If you notice parasites clinging to its body, avoid petting it because it may just lead to physical pain.

All snakes are carnivores, and they eat meat. They prefer eating their prey whole, even the bones. Pet snakes commonly eat mice and rats whereas tiny snakes also eat insects. Pet snakes can be trained to eat dead prey too. But like humans, snakes are also picky eaters. If your snake turns a blind eye to freeze-dried rats or mice, you’ll have no option but to feed them live prey.

You can buy dead mice and rats from pet stores in frozen packets. They can be thawed and given to your snake once or twice a week, depending on its feeding requirements. Obviously, for health reasons, always keep your snake’s food in a separate freezer than your own. If your snake refuses to touch the dead mice, you can wiggle it to make it move, thus resembling live movement.

However, if the pet snake refuses to eat its dead prey, then the owners are often left in an uncomfortable position of feeding them live animals. You will need to leave a live rat in the snake’s enclosure and watch it devour the animal. The rat can injure your pet snake with its claws and teeth. Additionally, clean drinking water is also essential for your snake. Their water bowl needs to be refilled twice a week.

When a snake sheds its skin, it can prove to be quite a hassle. In an ideal environment where the humidity levels are perfect for the snake, the snake will groom itself just fine. The shedding process happens every month and can take almost a week. You will have to clean the enclosure regularly.

Any shedding problems in the snake are an indicator of their ill-health. If the enclosure is too dry, the snake will shed in different parts rather than in one smooth layer.

You will need to increase the enclosure’s humidity by using damp paper towels to solve the problem. Gently rubbing under the snake’s chin can also help. If the problem persists, then you need to take it to a vet.

Once you have understood all the requirements for keeping a pet snake, make sure to check if you can actually keep one. Certain housing complexes do not allow snakes as pets. Pick a species and a terrarium of the correct size. Set up the enclosure and monitor temperature levels regularly to keep your snake healthy! 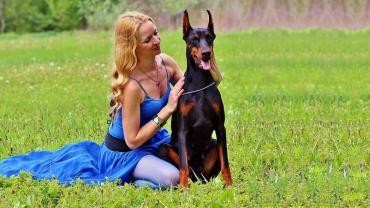