Huskies are beautiful dogs bred to run on ice in the northern regions. They have long and flowy fur, beautiful blue eyes, and a lot of energy.

Across the globe, the Siberian Husky has become an incredibly popular dog breed. But what if you have a cat at home? Will the Husky get along with the cat? This is an important question to ask before you bring either a cat or a Husky home together.

Are huskies good with cats?

Huskies cats are the most unusual combination to keep together in a home as pets. Huskies, by nature, have a powerful instinct to hunt and chase. They have been bred for centuries to be strong, chasing, and hunting dogs. As a result, most commonly, the Siberian Husky cannot get along with cats.

But of course, there can be exceptions if they are trained and raised alongside each other. Then, a Husky can begin to view cats as their playmates and friends. If they do get along, a Husky might play with the cat, but there is a considerable size difference between them. Combined with the prey instinct in the dog, the cat is likely to get hurt during their playtime.

Why Are Huskies Not Good with Cats?

Siberian huskies have been trained to grow up with canine instincts. Their canine instincts cause them to lash out due to sudden movement, and this does not bode well for a cat at home. This is similar to other prey animals as well.

They have a predator instinct which makes them want to feel dominant over other small animals. Huskies want to show that they are the leaders of the pack. As a result, animals such as cats, rabbits, hamsters, and even fish could end up in your Husky’s mouth if left unattended.

Throughout history, the Siberian Husky has played a major role in hunting game for humans. They were bred by the tribal people of Siberia known as Chukchi, where these people needed their dogs for sledding and even hunting. Even though these dogs are not used for hunting purposes today, the hunting instinct still exists within. This is the main reason why having a cat at home with your Husky can only be harmful for the little animal.

Huskies are working dogs; they have a strong innate desire to chase fast-moving prey animals such as cats or rabbits. Many Husky owners have reported facing an issue where their dog might escape and run after prey, and then it becomes impossible to stop them.

Since these dogs live to run, they become destructive when they are not allowed to flex their muscles. They have unparalleled stamina and endurance. When this combines with their prey instinct, the Husky may see the cat as prey and run after it till they catch it, which can be lethal for your cat.

Siberian Huskies are very smart and friendly with humans, but this doesn’t take away from the fact that they are independent and stubborn by nature as well. They were bred to be independent, where they had to make quick decisions on their own to run after their prey and catch it. They did not have time to turn towards humans for guidance.

This makes it difficult for a Husky to follow orders from their owners if it is not appropriately trained. If you are telling your Husky not to chase after a cat even though it looks like a delicious dinner for your dog, there is a very strong chance that your dog will not listen to you. You can try to train your Husky not to chase after a cat, but to be honest, many dog owners have reported little to no success in this matter.

Are Cats the Only Animals That Huskies Don’t Like?

Huskies like cats a lot, but they don’t see them as friends. Since cats are quick-moving furry animals, they automatically trigger the Husky’s chase instincts and they often take off after them. As a result, any small animal, such as a rabbit, bird, hamster, or even smaller dog, is at a higher risk of injury.

How to Make a Husky Get Along with the Cat?

Vetstreet has said that as opposed to other canines, huskies rank lowest in the possibility of harming cats. This means that there are methods by which a Husky and a cat can be trained to be together without the cat getting injured or killed.

Get Them Started Young

Huskies can be trained well. It might not be an easy task, but a Husky can be trained to become accustomed to the cat if the training is started at a young age. If you are already a cat owner, it is recommended to get a Husky puppy to adjust well with the cat instead of bringing an adult dog home.

When you bring a Husky puppy home, you must supervise their behavior around the cat. The presence of a big animal might make your cat feel anxious and uncomfortable, as they usually sense danger. You can let the cat and dog cross paths for five minutes each day with close monitoring and gradually increase the time they spend together.

Both animals should have separate areas for sleeping and eating. This is good for both the cat and dog. Keep the Husky well fed any time that the dog will be near the cat so it doesn’t see the cat as food. The Husky won’t feel that the cat is invading its territory as a result, and the cat will continue feeling safe at home.

Both Huskies and cats are attention-seeking animals. Hence, you will have to give equal attention to both for them not to feel jealous or territorial. Continue monitoring both the animals together and supervise their interactions. It is safe if you keep the Husky outside and the cat indoors.

It is not recommended to keep cats and Huskies together, but if you want to have both together in the house, you will need to spend a lot of time getting them accustomed and making them comfortable around one another. 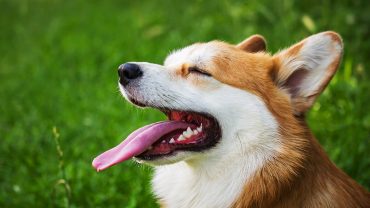