Chances are that when you think of a loving pet companion, the first pets that come to mind are cats and dogs. After all, these are the most common types of pets that you encounter throughout life and when you search for pets to adopt.

Many of these animals have the capacity to be trained, and given enough time, there’s a good chance that you will be able to catch some glimpses of personality through these animals. If you are looking for a companion that has a noticeable personality, then you might want to stray away from the more standard pets and begin looking toward birds. One of the most popular types of bird pets is the cockatoo.

While you might not think about owning a bird, you will soon come to realize that they come with many of the same advantages as other, more traditional pets. Cockatoos come in a variety of different colors and designs, meaning that you can choose one that is aesthetically pleasing. They have personalities that you will come to know over your years of owning the birds.

They enjoy playing with toys and having their minds tested with puzzles. If they are brought up being exposed to people, then there’s a good chance that you could even get around to petting your bird on a daily basis. If you are looking for a more exotic option for a memorable companion, then these birds are going to be one of the best pets for you to consider.

Where Do Cockatoos Come From?

By technicality, the cockatoo is not a specific breed of bird in it of itself, like the cockatiel is. The cockatoo is actually an entire species of bird, including about 21 different types. This means that there is a wide range of where these birds come from, how they came to be domesticated, and what they can look like.

Generally speaking, all of the cockatoo species originated in Oceania and the surrounding islands. This includes Australia and New Zealand as well as other islands, such as New Guinea, the eastern Indonesian islands, Malaysia, and the Philippines, among others. Different variants of the cockatoo lived in different parts of the terrain and climate. Some cockatoo birds preferred the mangroves and forests, while others enjoyed the wide country landscapes that other places offered.

The majority of these birds came into captivity when people realized that this particular bird species was not only easy to capture and easy to breed, but that it was docile and made for an entertaining companion. As the idea of exotic pets became more and more popular, people all around the world began importing cockatoo species. Today, cockatoos are one of the most popular bird breeds that people adopt around the world, only beaten out by the Budgie.

As for coloring, this is also hard to determine as a summary, as each of the 21 different species have different coloring patterns. Typically, the main color of the cockatoo will be black or white. There are a few exceptions for grey and pink, but these are uncommon. Besides that main body color, cockatoos can have red, yellow, and orange heads, as well as variations between these shades. Tail feathers usually match the body color, but there are some specific breeds, such as the red-tailed black cockatoo that speak for themselves as outliers.

The crest on the cockatoo’s head can also vary wildly between species. Some species have grandiose crests, towering a couple inches above the head of the bird. Other cockatoos do not actually have this characteristic crest. Some crests are large and flamboyant, while others tend to be more humble and less eye-catching. Finding the breed of cockatoo that catches your eye will be the first step in finding the perfect bird for your new home.

How Do Cockatoos Behave?

Of course, there will be some degree of variation between the various species of cockatoo, but just about all of them have the same basic behaviors. They are highly social animals that crave attention and interaction from either their owner or another bird in the same cage as it. In fact, it is common practice to adopt two birds at a time to ensure that they have a companion if you are not home or if you are asleep.

Cockatoos are a blend of mischievous and troublemaking as well as friendly, cuddly, and needy. These birds are intelligent and they enjoy interacting with their surroundings. From ground foraging to investigating new toys (and often breaking them), there are plenty of ways that you can stimulate the senses of the cockatoo so that they are sufficiently happy with you.

As long as they are brought up with interaction from people, they will often want to cuddle with you for hours on end, as it is one of their core personality traits to be a social bird. While it might not be the same as petting a dog or a cat, the soft feathers of a cockatoo are fun to pet any day.

These birds are loud and they can be mischief. They like to talk, sing, and whistle whenever they want, including in the middle of the night and during important phone calls. This is something that you cannot control, and it is something you are going to have to be aware of when you adopt your cockatoo.

If they do not get as much attention as they want, this can cause them to become louder, more chaotic, and more destructive. Rather than actually interacting with interactive toys, they will end up just destroying them on purpose. You will need to be prepared to devote a fair portion of your day to caring for these birds.

How Do You Care for Cockatoos?

As mentioned earlier, how easy it will be to care for your cockatoos is going to depend entirely on the cockatoo species you adopt. In general, they should have a variety of seeds, fresh vegetables, fruit, and nuts. Pellets can often contain the cooked grains that these birds also need, making it a staple food that you should stock up on. You should also make sure that you have three to four hours a day where you can supervise your bird outside of its cage, allowing it to get some time to exercise and stretch its wings.

As for the size of the cage itself, you should always aim for bigger than what you might need. For all cockatoos, a 40-inch by 36-inch cage should be enough to house two smaller cockatoos or one large one. Make sure that you have a lot of enrichment for your birds to enjoy, including foraging stations, toys, food on the ground for ground-foraging birds to enjoy, and so on. These are all crucial components to keeping your cockatoo happy and healthy.

How Is the Cockatoo’s Health?

Cockatoos are generally a healthy bird. There are some conditions they are prone to developing, including the following: psittacine beak and feather disease (PBFD), fatty liver disease, and obesity. Certain breeds are more prone to developing breed-specific illnesses, so this is something you will need to research when looking for the perfect breed.

Cockatoos are a commitment to make. Most live for 20 years in captivity, although there are many reports of cockatoos living until 60 and 70. This means that these birds can easily become a life-long commitment and companion, unlike many traditional pets. 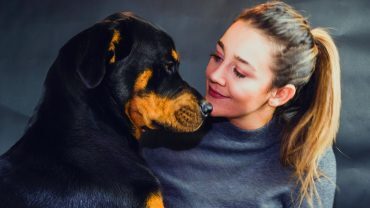