Searching for the perfect pet for your family can be difficult. After all, you are devoting part of your life to caring for another creature, and depending on the pet that you choose to adopt, this means that you could be spending well over a decade of time caring for your new pet.

There are many different priorities that people have for their pets. Some people want a pet that can get certain tasks done, such as guarding livestock. Other people want a pet that simply looks cute. There are some people out there who want a little bit of everything from their pets. If you are looking for a pet that you can interact with, train, and cuddle, then the best choice for you is going to be a dog. As long as you can stick with the commitment of caring for a dog, they are one of the best companions you can have. There are also plenty of breeds to choose from.

Different dog breeds focus on different aspects of what a dog can offer. For example, some dog breeds are bred for their strength and their natural instinct to herd animals. These dogs, understandably, are used on farms to herd livestock. Other dog breeds focus on the appearance of the dog, without as much thought put into the dog’s personality.

These dogs are often known as designer dogs, and they are considered a mixed breed, rather than a purebred dog. Out of all the different designer dogs out there, one of the most loving and loyal of the bunch is going to be the chiweenie.

What Is the History of the Chiweenie?

While many people enjoy knowing the history of their dog’s breed, this is somewhat hard to do with designer dogs, as they are quite recent in terms of dog breed origins. The chiweenie is slightly different in this category, as there are some experts out there that believe this breed may have existed naturally before people began to breed this dog intentionally. Sadly, there isn’t much proof of this. Officially, breeders began to develop this breed in the late 1990s, most likely in North America.

The point of developing this mixed breed was to minimize some of the skeletal issues that plague dachshunds, while still retaining that characteristically long appearance. As the demand for dachshund-like dogs began to rise, designer breeders began producing more of these dogs, leading to their popularity today. The chiweenie is a mix between the dachshund and the chihuahua, creating a dog that shares the features of the chihuahua’s face and the dachshund’s body, while also reducing some of the problems that come from both breeds.

Because the chiweenie was bred from two typically small dogs, the first thing you will notice about this dog is its size. These dogs are quite small, making them the perfect lap dog size. They have the build of a typical dachshund with an elongated body and tail, short stature, and stubby legs. Their faces will usually be a mix of features between both of the parent breeds, and it will depend on the genetics of the dog to determine which breed its facial features lean toward more. These dogs typically weigh between 8 and 10 pounds and stand no more than 12 inches tall. Unlike many breeds out there, there isn’t a lot of size variation between dog genders.

These dogs have short coats of fur, much like their parent breeds. The coats should be smooth and glossy, and the thickness of the fur will depend on how much of the chihuahua’s genes have been in play. The coat can come in a variety of patterns and colors, so there is plenty of room to find a dog that suits your taste appearance-wise. The typical colors of the coat range from black and tan to white. They can have the same color patterns as a dachshund as well. In more selective breeding groups, you might even find a chiweenie with silver or fawn-colored fur.

How Does the Chiweenie Behave?

These dogs are quite social animals, making it easier to bring the animal into multi-pet households or houses with younger children. It also means that these dogs will be more than happy to spend time with you and will want to hang out with you throughout the day.

The more you get to know your chiweenie, the more that it will come to love you as its owner. These dogs are smart and are eager to learn, although they tend to have a bit of a stubborn streak. This means that training can sometimes be troublesome, but with consistent, persistent efforts, you can get even the most stubborn chiweenie to behave.

These dogs are high-energy with a tendency to bark. This means that if you do not play with your dog enough, there’s a good chance it will end up barking at you, demanding attention.

If you do not play with your dog, take it out on enough walks, and engage with it, it can also turn to more destructive tendencies to let its energy out. This is something you will need to be aware of when you consider how much time you can devote to caring for a chiweenie. These dogs also have the tendency to choose one person and favor them, meaning that they can quickly become a very loyal companion.

How Do You Care for the Chiweenie?

The chiweenie is considered a high-energy dog, which means that you will absolutely have to set aside time throughout the day to tend to your dog’s energy. However, a dog this small only has so much energy to expend, so it is relatively easy to tire a chiweenie out. A good long walk, a rigorous play session, and a combination of both throughout the day will easily sate your dog’s needs.

It is simply important that you set aside the time to do this, as this dog can and will start to destroy your house if it cannot let its energy out in a productive manner. As long as your yard is properly fenced in, these dogs also thoroughly enjoy being able to run around the yard and playing outside. You just have to keep a close eye on them, as they are known to be escape artists.

On the other hand, the coat is quite low maintenance. You can often get away with weekly brushing, as its coat is usually short, smooth, and glossy. These are all the best perks to look for if you do not want to do a considerable amount of grooming. Do keep in mind that the longer your dog’s fur is, the more you will have to brush and groom it. Chiweenies with longer fur need to be groomed closer to two to three times a week. Bathing should only be occasional and situational (such as your dog running through the mud).

How Is the Chiweenie’s Health?

These dogs are relatively healthy for being a mixed breed. There are a few things that you will have to be on the lookout for though. It tends to have allergies, which is something you will need to be very wary of and know how to deal with.

The most common problems include hypothyroidism, hypoglycemia, diabetes, seizures, luxating patellas, dental issues, and hydrocephalus. Because of its dachshund heritage, they also are at an increased risk of problems with spinal discs. This means you should handle your dog with care if you are picking it up, and to keep an eye on younger children who might want to play with your dog. On average, this dog’s life expectancy is between 12 and 15 years. 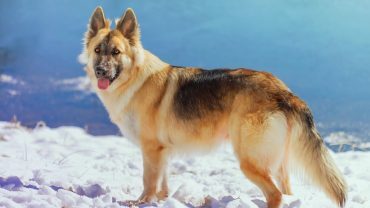