There are endless breeds popping up from people working diligently to create the dog of their dreams, no matter what the cost is to the dog’s health. With that being said, there are plenty of goals that people aim to achieve by crossbreeding dogs. Some people are working to try and create the most efficient and capable working dog breeds that can replicate the usefulness of the classic German Shepherd. Other people are trying to create dogs that are the perfect companion pets that are sweet, loyal, and long-lived, such as the Golden Retriever. There are plenty of people out there who crossbreed dogs solely to achieve a specific appearance. The dogs created from the last point are known as “designer breeds” and their appearances are often unlike any other dog out there.

One example of designer breeds being unlike any other is the cavapoo. This dog, a mix of the cavalier king Charles spaniel and the poodle, has the size and appearance of a stuffed animal that you might get for a young child. With a playful and outgoing personality to match the gorgeous appearance of these dogs, you might not know what to expect when you begin looking into getting a designer breed. Keep in mind that, as with most designer breeds, the cavapoo is solely an indoor dog. These dogs are easy to care for with novice owners, families with young children, and even multi-pet households.

Where Did the Cavapoo Come From?

Unfortunately, most designer breeds do not have an extensive history to them. Unlike working dogs, which often have a deep-rooted history of working in various parts of the world, designer dogs are a fairly recent phenomenon. The cavapoo specifically originated in the late 1990s in Australia. This was around the time the demand for mixed-breed dogs was growing in Australia, so it was the perfect time to create something new.

The goal of this crossbreeding was to mix the calm and outgoing nature of the cavalier king Charles spaniel with the intelligence and hypoallergenic fur of the poodle. With this, one would have a dog that is not only outgoing and calm, but a dog that also had the capability to learn more tricks. Theoretically these dogs would also be better for people who suffered from allergies, allowing them to own the dog that they have always wanted.

Thankfully, this crossbreeding venture was successful and the cavapoo began to grow in popularity. Its small stature, curled fur, and wide eyes caught the attention of just about everyone who found themselves searching for a designer dog. It is still most popular in Australia, where it was first created, but slowly its spread is becoming world-wide.

One of the most accurate ways to describe the appearance of the cavapoo is to call it a living stuffed animal. It has the warm, cuddly appearance of a toy that you might give to a child. The wide, inquisitive eyes sparkle, while its curled fur gives it a fluffy appearance. Its fur can be straight, wavy, or completely curled depending on the poodle parent’s fur and genetics.

No matter the length of the poodle’s coat, they will often inherit the additional length of the cavalier king Charles spaniel. The size of the dog does it no favors in this department either. Of course, the exact size of this dog will depend on the parents, but they often have short legs and a short stature. They tend to be between 12 and 14 inches tall with their toy variant coming in closer to 11 inches tall. Their weight can be anywhere from 12 to 25 pounds depending on the size of the parent dogs.

How Does the Cavapoo Behave?

Because, as with most designer dogs, this dog will be inside for the majority of its life, it is important to make sure that the cavapoo’s personality is compatible with family life. These dogs are well-known for being incredibly adaptive family dogs. They have an outgoing, yet calm temperament, which makes it much easier to introduce a cavapoo to a multi-pet household (and to introduce future pets to the cavapoo). They have little to no prey drive, so if you have any smaller animals in the house, you won’t have to fear them getting hurt.

As long as your children are old enough to know how to play with a dog safely, they will make great friends with a cavapoo. They are also easy to handle and train, which is important to note if you are owning a dog for the first time.

One issue with their inherently outgoing personality is that they are more prone to developing separation anxiety if you have to leave them alone for a period of time. With awareness and training to combat the worst of the anxiety, you can work with your dog to prevent this from developing into a crippling condition.

They also have a shorter attention span than other dogs, so housetraining might be somewhat more time-consuming to do. Remember that patience, positive reinforcement, and gentle treatment is key to getting the most from your dog.

What Kind of Care Does the Cavapoo Need?

These dogs are incredibly easy to care for, which is a good thing for first-time owners to note. More often than not, because of the poodle ancestry, the coat might be the most difficult part of the dog to take care of, and even then, it is not that difficult. These dogs are somewhat active, although their needs can be met entirely with indoor play.

Do keep in mind that even though you can keep your dog active enough inside, they truly adore being taken outside for their walks as there is so much more to the outdoors that they can experience. As long as your yard is securely fenced in and there are no possibilities for escape, you can even play with your dog in your own backyard to really make its day.

These dogs are classified as a high-maintenance grooming dog because of their coats. Depending on the level of curliness your cavapoo gets from its poodle parent, you will have to do a fair amount of brushing and combing. If the coat is nearly straight, you can probably get away with brushing it two to three times a week. The curlier the coat is, the more you will need to groom it. If it is completely curly, you will need to brush it every day. You will also need to regularly bathe your dog and get its fur trimmed every so often.

How Is the Cavapoo’s Health?

When all is said and done, this dog is healthy for its breed. Because they are a somewhat recent breed, it is hard to get a very detailed history of health conditions that this breed is more prone to. The ones that have been recorded include congenital heart attacks, progressive retinal atrophy, and slipping kneecaps.

You will also need to keep in mind that these dogs face double the risk of hereditary disorders, as to have a true cavapoo, its parents will both need to be purebred dogs. A good breeder will go over this with you when you are adopting puppies. They have a good life expectancy of between 12 and 15 years. 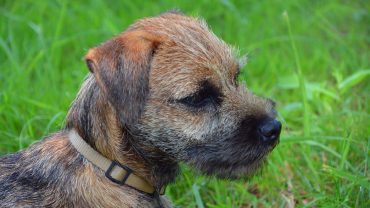