When it comes to dog breeds, the majority of breeds have names that relate to their purpose, or what they are bred for. For instance, all of the dogs that are named “shepherd dogs” were all originally bred to work on farms, herding animals. Some dogs were named after their traits in other languages, such as the Boerboel was. Other dogs were named from a portmanteau of their parent breeds, such as an Aussiedoodle. There are some breeds, however, that have names that seem nearly inexplicable. The Brittany spaniel is one such dog.

This dog breed, often shortened to just Brittany, is a dog that you will never forget. It has a characteristic personality that will hook you into this playful dog’s life. These dogs are active, energetic, and love to play around. If you are looking for a dog that can keep you moving, or possibly even become a partner and motivator to exercise, the Brittany spaniel is a dog that would be more than willing to help you out with this. These dogs are wonderful for families that have children (not toddlers, though).

As long as the dog is introduced to other animals properly, it can also get along quite well in a multi-pet household. Because of their activity level, apartment living is not the best idea for them unless you are able to go outside several times a day for walks. Before you adopt this dog, it might do you well to learn a little bit about what makes this particular breed special.

What Is the History of the Brittany Spaniel?

Despite what it might seem at first glance, the Brittany spaniel’s name does have its origins somewhere. This breed’s name comes from a Celtic area of northwestern France that was once its own independent kingdom. In fact, it is believed that the Brittany spaniel’s ancestors were a part of the frequent dog trading that happened between the nearby Wales and Brittany, as a certain Welsh spaniel shares many characteristics with the Brittany spaniel.

With that being said, records of this dog breed date back to the 17th century through paintings and tapestries. These visualizations showed depictions of dogs very, very similar to the modern Brittany spaniel. In the mid-1800s, in the small town of Brittany, the first true Brittany spaniel is considered to have been born, and when it was, hunters took an immediate interest in these dogs for their ability to hunt. As dog shows became more popular in neighboring countries of Europe, enthusiasts began enrolling Brittany spaniels into the mix, and this dog became a somewhat common contender during these shows.

The reason why many people refer to these dogs as just “Brittanys” is because they are technically not spaniels. While they may have descended from a spaniel, their breeding focused more on having the dog hunt through a pointing style, rather than flushing out prey as proper spaniels do. In April of 1982, the American Kennel Club’s Board of Directors finally approved changing the official breed name to Brittany, although there are some countries that have not followed suit with this change. This means that both Brittany and Brittany spaniel are appropriate names for this dog.

While this dog is not officially a spaniel anymore, this dog takes many traits from the spaniel’s appearance. The Brittany is a relatively medium-sized dog with its height coming in between 17 and 21 inches tall and its weight coming in between 30 and 40 pounds. As with most dogs, males are taller and stockier than their female counterparts are. These dogs have an agile build, slightly leggier than most spaniels. Many people praise the “softness” of the Brittany’s face, as well as the way the dog’s high-set ears convey its eagerness to learn, hunt, and exercise.

This dog’s coat is somewhere between medium and short in length, often requiring little to no grooming. The coat usually and should remain flat. The cream backdrop of the fur is often decorated with brightly colored spots. These spots can range from being bright orange to a ruddy red color, depending on the parents of the dog.

How Does the Brittany Spaniel Behave?

As hunting dogs, these dogs are a combination of active, agile, and determined. They love exercise, and will be more than happy to become your own exercise partner if you need one. They are curious and attentive dogs, as they originally would watch for birds for hunters. If you live near a forest, or somewhere where birds enjoy hanging out, a Brittany would have the time of its life watching those birds.

If you wanted to play a fun game with your dog, you could consider developing something that incorporated running, scouting, and hunting a toy down, as this is an intrinsic nature of the Brittany. If you are not up for the high-energy of this breed, then you might need to consider other breeds, as this is a dog that requires some degree of attention for its energy.

Aside from this, it is a relatively independent dog, not seeking much more from you than that. As long as this dog gets its exercise, both physical and mental, then it will be more than happy to be your companion.

How Do You Care for the Brittany Spaniel?

The Brittany spaniel is a strange mix of both high-maintenance and low-maintenance. It is high-maintenance in the sense that you must keep it stimulated with exercise, unless you want to risk raising an aggressive and destructive dog. Taking this dog out for exercise, stimulating it with games, and finding a way to mentally stimulate the dog are all musts. If you cannot keep up with this, or do not have the patience for it, then this is not the dog for you. You should be prepared to take your dog out on daily, long, and brisk walks or even jogs, as well as play with your dog throughout the day.

With that being said, this dog is relatively low-maintenance in the sense that you don’t have to do a lot to ensure that the Brittany’s coat stays in good shape. Most dogs require grooming several times a week, but as long as you get the brushing done on a regular basis, you could probably get away with only brushing the dog once a week or potentially less. This dog sheds only slightly, so you won’t have to worry about a massive uptake in fur during some seasons either. The only time you will have to worry about trimming your dog’s fur is if you plan on having your Brittany become a show dog.

What Kind of Health Does the Brittany Spaniel Have?

Compared to many purebred dogs out there, this breed is quite healthy. As with all purebred dogs, there will always be an increased risk of developing hereditary diseases, and you should get a history from your breeder about this. If the breeder does not want to provide a history, then find a different breeder.

There are only a few conditions that this breed is prone to developing, and these include hip dysplasia, hypothyroidism, epilepsy, and cataracts. This dog breed typically lives between 12 and 14 years. These dogs make excellent companions. 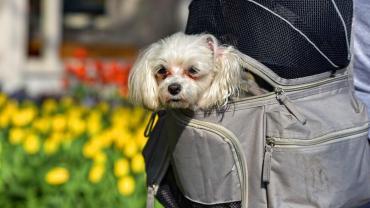