It can generally go without saying that there are many, many kinds of pets out there that you can own. Some people want to own traditional dogs or cats, while other people like to focus on aquatic animals. Some people appreciate reptiles, while others prefer to keep birds. There is really no limit to what kind of creatures you can keep as a pet. One idea is to keep a box turtle as a pet.

A box turtle is a unique pet that you can add to your room, although they are not recommended for beginner pet owners. These animals have a complex set of requirements for care that you will have to tend to, and they require a decent understanding of how box turtles act in the wild. You will need to set up a terrarium for the box turtle, purchase the appropriate accessories for that terrarium, and also purchase food that your box turtle will appreciate.

However, once you put in all of this work so that your pet can live a good life, you will find that you will have a companion for the next few decades, turning the box turtle into a long-term commitment that will be worth it every step of the way.

What Kind of Box Turtles Are There?

There are many different subspecies that you might want to consider getting. It is important to have at least a vague understanding of how each subspecies of box turtle acts before you invest in one, simply so that you know what you are getting into when you purchase your first box turtle.

There is the common box turtle, which is most likely the one that you would see the most in the wild in North America. It is also likely the image that comes to mind when you first think of “box turtle.” These are the most common box turtles out there, as the name might suggest. After that, there is the Eastern box turtle. These turtles are found in the eastern United States, and they do not differ too much from the common turtle aside from their location.

Keep in mind that because of declining populations of specific subspecies of box turtle, there are laws in place all around the world that dictate which ones can be kept as pets and which ones can’t. There are also laws regarding importing turtles, which can be problematic if you are looking for an exotic turtle. Most places outlaw just picking up a wild turtle and bringing it home. You will need to check which laws are applicable to your area before you settle down on which box turtle you want to adopt.

What Terrarium Requirements Do Box Turtles Have?

It is a bit of an understatement to say that housing a box turtle is complex. You should be prepared for the commitment of either building an outdoor enclosure for your turtle or investing in the materials for a custom terrarium for an indoor turtle. You should also be prepared to maintain that enclosure for potential decades to come, as there are plenty of instances of box turtles living to 50 years.

First things first, you need to determine if your turtle will be inside or outside. Most turtles appreciate an outdoor enclosure more, as they enjoy the constant exposure to sunlight during the day. However, if you live in an area where it gets extremely cold for the winter, this may not be a viable option.

Housing your turtle indoors requires a bit more work on your part, but it also gives you complete control over the temperature of your turtle’s environment. Keep in mind that if you do house your turtle indoors, you should still take it outside daily because turtles appreciate the sun. A rule of thumb to consider is whether or not the box turtle you are adopting is native to the region you are in.

For an indoor terrarium, you will need to invest in a heating lamp, a space for water (enough for the turtle to soak in), shaded areas, and something to cover the glass walls of the terrarium.

There are reasons for all of this. As cold-blooded reptiles, box turtles cannot regulate their body heat on their own. The heating lamp will provide heat for the turtle as needed. Make sure that the lamp is on one specific side of the enclosure so that the turtle can move toward and away from it as it needs to. Water provides a similar role.

Not only is the water a source of hydration for the turtle, but it also serves as a bath. You should have a large area of water for the turtle, but you should also keep it shallow enough that your turtle won’t struggle through it. Speaking of water, you will need to mist the terrarium several times a day to stimulate a humid environment. Shaded areas are important, as box turtles enjoy hiding and privacy without having to curl themselves up into their own shell. You should add both solid additions, such as half-logs and brush, and soft additions, such as burrowing material for your turtle to hide in.

Finally, you should be covering the glass walls of your terrarium because, unfortunately, box turtles are not smart creatures. The concept of see-through material is not understood by turtles, and they will repeatedly ram into the glass sides of the terrarium. This can stress your poor turtle out, and no pet owner wants this to happen, so you should take measures to cover the sides of the terrarium.

There is much more to customizing a terrarium for box turtles, but as you can see, it is no simple task, and adopting a box turtle is not a small commitment to make.

What Kind of Health Do Box Turtles Have?

The health of your box turtle will also depend entirely on what subspecies it is. Some subspecies are more prone to certain problems than others. Other subspecies have different requirements for their homes, and if those requirements aren’t met, then they can become sickly. For example, Asian box turtles require more humidity and enough water to physically be able to swim. Without that humidity, your turtle can become uncomfortable and even sickly.

Because of this, you will need to refer to the care for your specific subspecies of turtle to get a better idea of their health. As for the lifespan of these turtles, they have the potential to live for over 50 years by your side if they are diligently cared for. More often than not, they die early due to an improper environment, giving you all the more reason to put time and effort into creating the perfect terrarium for your turtle.

What Do Box Turtles Eat?

Box turtles can eat many, many different foods. As omnivores, they often eat a combination of vegetation and small insects, although in captivity, those insects are replaced with worms and other invertebrates. You should aim to feed them half vegetation and half meat.

For vegetation, you can focus on carrots, dandelions, mushrooms, and berries. For meats, you can consider feeding your turtle earthworms. Keep in mind that these turtles can be finicky eaters and can become too selective of their food if you feed them the same thing too often. Variation is important in a box turtle’s diet. 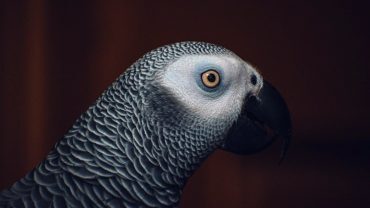