Many people know that there are some dog breeds that are designed for a specific purpose. Some dog breeds are focused exclusively on appearances, barring any sort of complications that arise from this. This is particularly noticeable in massively over- or under-sized dogs.

There are other people who focus on breeding their dogs for their temperament. For people who want guard dogs, police dogs, or herding dogs, this is going to be the type of breed that you want to look for. With that being said, there are plenty of different breeds that fall under this category of dog.

The most well-known type of dog that is bred for its temperament is the German Shepherd, which is one of the most common breeds of police and guard dog. If you want to invest in the safety of a loyal guard dog, but you also want to look for a dog that stands out in a crowd, you might want to think about adopting the imposing Anatolian Shepherd dog. These dogs make for very capable guard dogs, whether that means guarding children, livestock, or simply your own family. Keep in mind, however, that because of the strict way this dog was bred for its purpose, it might not be the best dog for novice owners.

What Is the History of the Anatolian Shepherd Dog?

With this dog’s origins beginning in Turkey, this dog is already considerably different than most of the guard dog breeds out there. This dog was originally bred to be a shepherd dog, as the name might suggest. This means that this dog was meant to be herding livestock as well as guarding it. Interestingly, this breed was made to try and look as close to the livestock as possible in stature, color, and size so that potential predators wouldn’t immediately notice the guard dog protecting the herd. This is what gives this dog its characteristic appearance today. These dogs were bred to also be fiercely loyal at protecting whoever is determined to be a part of the “flock.” This can also include humans, making them a viable guard dog for houses.

These dogs were also often used for war and hunting as their size and strength made them formidable enemies to animals and people alike. However, because of the potentially ferocious nature of these dogs, their import into other countries is strictly controlled and is outright forbidden in a lot of places, meaning that they may not be easy to find.

As guard dogs, they have an imposing appearance that can easily deter anyone who might be up to no good. Typically, these dogs are between 28 and 30 inches in height and can weigh anywhere from 100 to 150 pounds, depending on the gender. Males are often a fair bit heavier and taller than females. They have a very muscular build underneath their short, wiry fur. Their faces and muzzles are pretty rectangular and their bodies can be described as barrel-like.

In a sense, they are the perfect stocky, muscular guard dog that you would want to guard your property. As for the coat of these dogs, it can come in just about any color, but it is traditionally anywhere between white and sesame, with some dogs having piebald coats. The fur itself is a thick double coat, offering protection against even the harshest elements, but also meaning that it can be troublesome to groom. The fur is usually around one inch around the torso and stomach, growing out to four inches around the muzzle and neck to protect the dog.

What Kind of Care Does the Anatolian Shepherd Dog Need?

These dogs require moderate maintenance so make sure that you accustom your dog to being groomed and taken care of at a young age so that it does not try to fight against you when it is older and much, much larger. You should aim to brush the dog’s fur about once a week to clear out all the shed fur and dead skin cells and to spread the skin oils on your dog’s skin to keep it from getting dried out.

While these dogs shed almost constantly, they have a bi-annual “blowout” where they shed the majority of their fur to grow in their seasonal coats. During this period, they will require daily brushing and combing; luckily, it only happens about twice a year.

These dogs have somewhat fast-growing nails, which means that you will also need to take care of clipping the nails every six weeks to keep your dog’s paws in the best shape possible. These dogs also need a tremendous amount of exercise, making apartment life unsuitable for this breed. Because of their nature as a herding and guard dog, they usually need to walk around for at least a few miles a day. For many families with large plots of land, a well-trained dog can wander a fenced-in yard.

In other situations, you will simply need to make sure that you take your dog out on long walks regularly. Most dogs will suffice with two daily walks of an hour each.

What Kind of Behavior Does the Anatolian Shepherd Dog Have?

As mentioned earlier, these dogs are not recommended for people who are not experienced in handling dogs, especially larger dogs. This is something you will have to be aware of. Because of their nature as a guard dog, these dogs are alert, independent, and intelligent. This means that they much prefer to be left alone to roam the house or farm as needed rather than being cuddled and coddled.

With proper socialization, these dogs will be protective of their owners even if they seem a little aloof at first. These dogs do not do well at all in a multi-pet household, especially when the other pets are smaller than the dog, although the dog does fine with livestock as they see the livestock as part of the “flock” to protect.

They do not warm up to strangers easily at all, even if you make the effort to introduce the dog to strangers at a young age. In fact, they can become quite anxious if you try and take them on a walk in a crowded area or park, meaning that you will want to aim for walking your dog during the lazier part of the day.

If you want to adopt this dog to protect a family with young children, you should make sure that the children understand not to be too playful with the dog. This is not because the dog is aggressive, but rather because they get along relatively well with children. This leads to the dog occasionally trying to play with the child and because of the size and strength of the dog, this can inadvertently lead to injuries. Rather than playing, though, these dogs would much prefer being taken on hikes or swimming to get their energy out.

If you feel concerned about the aloof demeanor of the dog, you should consider the thought that these dogs are primarily working dogs, but they will not fail to protect you or your livestock if something happens.

What Kind of Health Does the Anatolian Shepherd Dog Have?

For large dogs, this breed is considered to be quite healthy. Do keep in mind that not only are there the hereditary issues that many purebreds have the risk of inheriting but there is also the fact that large dogs encounter more health problems than smaller breeds do.

With that being said, there are only a handful of problems you should really be on the lookout for. As with any larger breed of dog, hip/elbow dysplasia is a very prominent risk. These dogs also face cancer more often than other dogs. The typical lifespan for an Anatolian Shepherd dog is usually between 8 and 12 years. 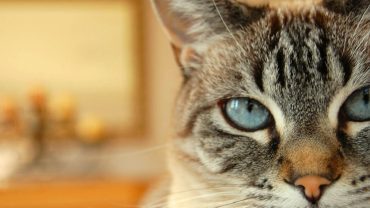