Birds are amazing creatures and the fact that there is so much variation in birds makes them highly enticing. Mostly, people have a huge appreciation for birds. Probably because they, out of all animals, make for great pets.

There are cats and dogs too, but people are bird enthusiasts for a reason. It is because this field has a vast majority of birds. Our planet is filled with different varieties of them. They live in hot, cold, and tropical areas and adapt to them. From small to medium to large, we have it all.

You must have heard before about how people compare birds with their beauty, or feathers, or how high or fast they can fly, but have you ever heard of birds being compared with the size of their beaks? This one might be new for you.

There are a lot of interesting things about birds that have long beaks and they have been a matter of extensive research and observation. Let’s talk a bit about different birds with long beaks.

When it comes to a bird with long beak, pelicans come to mind first. These birds are mostly found in Eastern Europe, with their population also being available in Russia and Asia. These long beak birds are not to be messed with at all.

Their beak size goes from 36 cm to 45 cm. This is very long for a beak. This is what makes them dangerous to be around. Dalmatian pelicans look absolutely beautiful. Their shape and size is commendable, and they have an amazing silver-white color that people are attracted to. That silver-white color is complemented by a red pouch beneath the bill.

The nape of a dalmatian pelican’s neck is abundant with silvery crested feathers. Among all the birds, this one is probably one of the heaviest and the biggest as well. When they open their wings in totality, they look stunning and scary at the same time.

These bad boys have a very daunting appearance. With a humongous beak, the bill on top curves slightly and has a unique shape. These birds adore eating fruits, eggs of other birds, and insects as well.

Rhinoceros Hornbill is probably one of the biggest birds in Asia. The male and female both look similar, and they have spacious wingspans. These birds can grow up to be 50 inches in length. The only noticeable difference between females and males is that the males have orange or red rings surrounding their eyes.

The females, on the other hand, have a white ring surrounding their eyes. What makes them unique is of course their beak shape and size. Apart from their huge beak, they also have a very unique style. These birds choose one partner for their entire life. Then they live their lives in hollow trees.

Storks are mostly found in Europe, Asia, Africa, and the Middle East. These birds are both carnivorous and they also eat insects. When it comes to appearance, this bird takes the cake. Both the male and female look similar in appearance.

What’s different about these long beak birds is that they do not like to form territories. They exist in structures that are not that well-maintained. Their breeding happens in small groups, and they create their nests atop trees or buildings.

This one is very cute for its size. Kiwis are native to New Zealand and its forests. A kiwi has a really huge beak for its size. The size comparison is funny as well. If, let’s say a kiwi is 30 cm, then its beak will be around 10 cm. Kiwis like to eat seeds, worms, fruit, and seafood such as eels and small crayfish.

It’s safe to say that their diet has a lot of variety. Kiwis are unable to fly. Their feathers are thin, but they act as providing camouflage for these sweet little birds. Aerial predators often prey on these kiwis, but their feathers help them blend in with the environment around them.

Kiwis have a strong sense of smell, as they like to sniff out their prey first. A kiwi can have monogamous relationships. Their relationships can last up to 20 years, which is a long time. Humans find Kiwi’s to be very attractive and interesting.

The next one on our list does not score a lot when it comes to appearance. Shoebills are found in swampy regions in North Eastern Africa. With large beaks, it can be four inches in width and nine inches in length. Their name comes from their beak size, which is shaped like a shoe. Hence, the name, shoebill.

In documentaries, shoebills are often shown picking up fish from the water. They also eat eels, lizards, baby crocodiles, and snakes too. A shoebill’s height can extend to four feet. The beak is large, sharp, and has curved edges that are designed to hunt prey with ease.

The color of the feathers is greyish, and shoebills have large feet. What shoebills do not like is being disturbed, especially by humans. Surprisingly, they are docile around humans.

While talking about a bird with long beak, leaving out bald eagles would be unfair. Bald eagles are mostly found in North America, around the USA, Alaska, and other neighboring places. Bald eagles mostly like to eat fish. Their diet also consists of other animals and birds.

These birds are a symbol for courage and bravery. The appearance of a bald eagle is very daunting. With a sharp yellow beak, it is covered with white dense feathers. Whereas, the body is brown.

When these birds get older, their appearance starts to change a bit. Not a lot though, but yes their age is visible through their altered appearance. The bill starts to turn yellow and then comes the head and tail, they both turn white.

When talking about birds with large beaks, there are so many of them on our planet. Our planet has an abundance of animals, especially birds. These birds have beaks of different sizes. But the ones with huge beaks are always distinguishable because of their beak size. This makes them scary for humans as well as their prey. This beak enables them to catch their prey easily and fend off other animals, if need be. 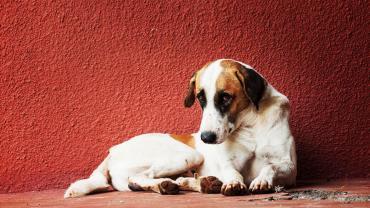