When most people think of birds and hearing them, they often think of the chirps and songs that birds sing in the early morning hours. While some birds will make noises throughout the day, it is an undeniable fact that most birds are diurnal.

However, there are still plenty of birds that make their calls at night. If you hear birds chirping at night, you may be curious to know what kind of birds may be making those noises, and why they may be chirping at such hours.

How Many Nocturnal Birds Are There?

Most people think of birds as being daytime, or diurnal, creatures and there is good reason for this. After all, when you are asleep or in your home at night, you are less likely to hear the calls of nocturnal birds. With that being said, there are a considerable number of nocturnal birds, many of them being owls and nighthawks.

Of the birds that populate the country, there are quite a few that would generally be diurnal or even crepuscular (meaning that they are awake during dawn and dusk) but are awake in the night for a primary task. This could be hunting, much like owls, or migrating. Many of the details are dependent on the species of the bird.

How Many Birds Vocalize at Night?

It is hard to determine how many birds are capable of vocalizing at night. Most people are aware of owls and their call, but beyond that, it can be hard to tell. The truth is that there is a surprising number of birds that call out at night, and even more surprisingly, many of these birds aren’t entirely nocturnal either.

A study conducted in 2012 examined almost 750 species of birds across North America and their calls at night. That study found that approximately 30% of these birds are responsible for nocturnal vocalizations, with 70% of that number being from birds that are traditionally considered diurnal. This opens up a world of questions about why birds call at night and what leads diurnal birds to engage in this behavior as well.

Why Do Birds Vocalize at Night?

The focus of nocturnal vocalizations is relatively new and not well studied, so definitive answers can be hard to come up with. However, there are several theories that people have in regards to why birds vocalize themselves at night instead of the standard morning songs that people are so familiar with.

One theory is that nocturnal birds are simply going through the motions of life, the same way that diurnal birds do, but with it being at night instead. Other theories focus on the idea of night being a more advantageous time for some diurnal birds to let out their mating calls, as the night brings a quieter atmosphere and there aren’t as many birds competing for mates at the same time.

Almost all theories point to the idea that, for whatever reason a bird may have, the night is a safer and more isolated time to let out their calls, whether that be a mating song or a vocalization to other birds in the area. For birds, common predators are asleep at night, making it a safer time to vocalize themselves.

What Are the Most Common Nighttime Songbirds?

Now that you know a little bit more about what goes into a songbird’s choice to sing at night, you may be curious to know what birds you might be hearing. The exact birds that you may be hearing do depend on where you live in the world, but the following are the most common birds you would be hearing at night.

The American Robin typically sings at dawn, but with light pollution, it may become confused and begin singing into the night instead, especially during springtime, which is when it would normally try and court other birds. In wetlands and swamps, the Black-Crowned Night-Heron is a common sound to hear with its iconic raspy, croaking call. Of course, most people have heard the Barred Owl’s and Barn Owl’s soulful hoots in their lifetime.

More localized birds that you may hear include the Common Nightingale, which is found in Europe, Asia, and Africa. The Yellow-Breasted Chat is another bird that, much like the robin, traditionally sings at dawn but can get confused with light pollution. The Killdeer is another bird that has a tendency to vocalize at night, especially during its migration over shallow water, barren fields, and shorelines.

Can You Encourage the Vocalizations?

Some people find that the sounds of birds chirping and chattering at night are quite beautiful, whether because of the different birds singing or the fact that the silence of the night amplifies notes of the bird’s calls. As such, you might begin to wonder if you can encourage birds near you to begin singing more at night.

Unfortunately, there isn’t much you can do to encourage birds to sing at night specifically. What you can do, though, is begin adding bird feeders of all different types to your yard. By attracting more birds to your yard at any given time, you can increase the chances that you are making a suitable environment for birds to relax in, increasing the chances that you can hear them at night.

Can You Stop the Birds From Singing?

Just as people enjoy hearing bird songs and vocalizations, there are plenty of people who prefer not to hear it. The bird calls can be loud, disruptive, and sometimes unsettling. If you find that you do not want to hear the sound of birds vocalizing themselves at night, you may begin searching for ways to stop the birds from singing.

Again, you cannot exactly stop birds from vocalizing on their own, but you can create an unsuitable environment in your yard for birds to be in. When birds are not inclined to stay near your yard, they will fly farther away. When birds are farther away from your home, there’s less of a chance that you will hear them inevitably singing at night.

How Do You Prevent Birds From Singing at Night?

With that being said, there are some things that you can do to prevent birds from settling down in your yard as a whole. One of the most common ways to do this is to simply put out bird netting into your trees. This netting prevents birds from roosting and nesting in the tree branches, meaning that they won’t want to land in your trees to sing in the dead of night.

Birds sing at night for many, many reasons. Some birds are naturally nocturnal and are vocalizing for the same reasons that diurnal birds do, while other birds may be confused about what time it is and are singing while thinking it’s morning.

There are birds that sing at night specifically to find mates, and there are birds who sing while they fly, regardless of what time it is, even if it is night. More often than not, birds that sing at night are looking for mates and will stop after courtship season ends. However, if you are bothered by the singing, you can consider putting up bird netting to keep birds from landing in your trees. 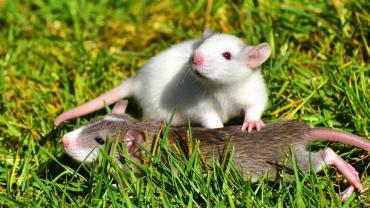