Stimulus control refers to situations in which the presence or absence of a particular stimulus, called the discriminative stimulus or S^D, controls how a person or an animal behaves.

Remember, stimulus control is neither the stimulus nor the behavior, but the phenomena in which stimuli can affect behavior.

The Importance of Stimulus Control

By the end of this article, you’ll learn to influence and handle your pets more efficiently and better navigate interpersonal relationships.

Stimulus control comes down to the following three components:

Consider positive dog training as an example. The dog trainer gives the discriminative stimulus, a hand gesture, coaxes the dog to complete the behavior, and then provides the reward.

Because the dog gets rewarded for the behavior in the presence of the discriminative stimulus (the hand gesture), they associate the hand gesture with the behavior and reward. This is how the animal learns that the best time to sit or stay is when the human gives the command.

Every time stimulus control is created, the three components must all come together to give a particular stimulus power over an organism’s behavior. Consider the amount of power that a stop sign has. Just by coming into view, a hexagonal piece of metal can stop humans in their tracks. Stimulus control is truly a fantastic phenomenon that we should all know a bit about.

How to Create Stimulus Control

Instead of issuing a penalty for undesirable behavior, extinction eliminates any positive outcomes that unwanted behavior might bring. Take, for instance, a child having a tantrum. Old-school punishment might mean a slap on the wrist or a heavy scolding.

Conversely, practicing extinction means just ignoring the child. If a child’s tantrum does not garner any reaction, there is no benefit to having a tantrum. Thus, the behavior slowly but surely goes extinct.

Whether we like it or not, the media thrives on stimulus control. An eye-catching headline can quickly become the discriminative stimulus that causes a person to regularly buy a newspaper, click on an article, or watch a newscast. We are pulled in by a few interesting pieces in the beginning but eventually become slaves of habit.

While a lot of the stimulus control in media is unavoidable and benign, we must still keep our eyes open and be aware of this. It is only prudent that we stay conscious and informed of this, as the potential for abuse is always present.

Uses of Stimulus Control in the Real World

While there are undoubtedly bad ways to apply it, stimulus control can also benefit people. From previously incurable illnesses to everyday problems, we can use stimulus control in a whole host of different scenarios.

It can provide solutions to difficult problems and methods that make learning easy, even for the most challenged individuals. The applications are truly endless, but here are a few concrete ones to get you started.

For insomnia patients, stimulus control therapy aims to establish the patient’s bed as the discriminative stimulus for sleep. First, all behaviors associating the bed with staying awake, things like tossing and turning or watching television in bed, are consciously eliminated. Then, the patient must go to bed only when fully ready to sleep. This process continues until laying in bed eventually becomes the trigger for sleep.

Special education teachers and clinicians alike utilize stimulus control to facilitate learning for people on the autism spectrum. In the classroom setting, stimulus control often helps teach students socially appropriate behavior, such as when they should stay quiet and basic manners.

Like in the previous example of dog training, the animal is trained to perform an action (reinforced with reward) when a particular trigger is present. This trigger might be an object, a sound (like a whistle or a word), a smell, or any stimulus the trainer chooses.

One of the most famous examples of stimulus control in animals is a study in which behavioral scientists used stimulus control to teach pigeons to discriminate between Monet’s impressionist art and Picasso’s cubist art. The pigeons received a reward only when they chose the correct style of art. Thus, they learned to discriminate between the two art styles and, once trained, could differentiate between Picasso’s art and Monet’s art.

The Far-reaching Impacts of Stimulus Control

If this phenomenon is everywhere and explains everything, why don’t more people know about it? The answer is – everyone should know about it. Whether they are behavioral scientists or soccer moms, everybody needs to know about stimulus control. 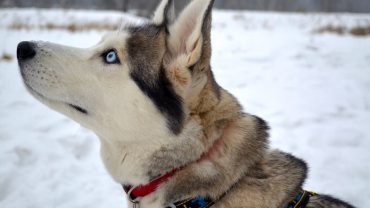