You may have heard of the so-called “Nanny Dog” in a historical context, but just how accurate is that nickname? Despite their popularity, there is little evidence of this moniker ever being widely used. In this article, we will look at the history of the Staffordshire bull terrier and try to shed a little light on the truth behind this endearing title.

What You Need to Know About the Staffordshire Bull Terrier

The Staffordshire bull terrier is a medium sized dog  with a short, smooth coat. As the name suggests, the breed originated in Staffordshire, England. It is a descendant of the now-extinct Bull and Terrier breed, which classifies it as a pit bull. This moniker is a catch-all term for any dog descending from bulldogs and terriers. Originally bred as a fighting dog, the Staffie was used for things such as badger baiting, rat baiting, bull baiting, and dogfighting until the blood sports ban in 1835.

After the blood sports ban, changing attitudes resulted in more responsible breeding and refinement. Because of the association with dogfighting, it was difficult for the breed to gain official recognition. Eventually, in 1935, the UK Kennel Club added the Staffordshire bull terrier to their registry.

The Staffy is a breed with lots of energy that translates into a few different things. For starters, they are incredibly playful and have a high prey drive. This makes them the perfect dog for playing fetch with a ball or squeaky toys. Because of their strong jaws, however, care should be taken to choose toys that they can’t tear apart easily. Their high energy also makes them excellent workers.

Staffordshires love to please people and learn new things, so they excel in agility and obedience trials. Lastly, but perhaps most importantly, they are very affectionate and loving towards their human families. They do, however, require firm guidance and direction. Everyone in the household should be on the same page when it comes to training and caring for their Staffy.

Staffordshire bull terriers are very patient with children, but despite the “nanny dog” nickname, it should go without saying that no dog, regardless of breed, should be left alone with babies or small children. Staffies are also not great choices for multiple dog households, as they can be prone to aggression towards other dogs.

They can also have trouble co-existing with small animals like cats or rabbits because of their high prey drive. They are well suited for apartment living as long as they get plenty of exercise outside of the home.

Because of their history as fighting dogs, there is often a lot of negativity surrounding Staffordshires. In many municipalities, there are restrictions on the breed, so do your research before acquiring one of these dogs. Places like apartment complexes, HOAs, and the like are legally allowed to discriminate against so-called “aggressive” dog breeds, which can make it challenging to find a place to live with your Staffy.

In the US, the ASPCA (American Society for the Prevention of Cruelty to Animals) is opposed to breed-specific regulations or legislation, citing it as discriminatory.

The American Kennel Club opposes breeding for fighting and training for aggressive behaviors. However, the AKC also considers breed-specific legislation unjust, as any dog can be trained to behave aggressively. Many people believe that this legislation only punishes responsible dog owners and does little to punish irresponsible owners and breeders.

It’s easy to see why these dogs are often viewed as aggressive and destructive based on their history, but it can be argued that many dog breeds have similarly violent pasts. It’s unfair to cast judgment on any breed as a whole based on the poor decisions of a select few people who insist on using these dogs for nefarious purposes.

One negative aspect of Staffies, along with all pit bull breeds, is that they are often bred irresponsibly by backyard breeders. Because of this, it is crucial to find a legitimate breeder to avoid many health problems. Like many breeds, these dogs can suffer from hip dysplasia.

This condition occurs when the thigh bone does not properly sit in the hip socket and can lead to many detrimental issues such as lameness or arthritis. Similar to hip dysplasia, elbow dysplasia can also occur in Staffies. Juvenile cataracts are a common issue as well.

Any responsible breeder will have information on the health of their dogs as they take pride in upholding the breed standard. This will include information specifically on the hips of the parents and other dogs in the bloodline, as hip dysplasia is such a prevalent issue. If you choose to adopt a Staffordshire bull terrier from a shelter or rescue, you should be aware of these health risks and make sure that your new furry family member is thoroughly checked by a veterinarian.

Nanny Dog or Not?

By the simplest definition, a “nanny dog” is any dog who is tolerant and protective of children. Essentially, they show the same behavior towards human children as they do for their own puppies. Nanny dogs are not dogs that should be treated as babysitters.

In fact, no such dog exists. As stated before, no dog should ever be left alone with children. No matter how friendly or loving a dog may be, children are often unaware of how their actions can cause a dog to react. A dog is also unable to determine the appropriate way to act in a situation in which they feel threatened. For example, a child tugging on a dog’s ear may seem cute or harmless, but the dog can perceive this as a threat and react by snapping or biting.

So, is the Staffy a nanny dog? In the sense that they love children, yes, but the claim that they were caretakers for children in 19th century England is now widely regarded as false.

In 1971, a pit bull advocate named Lillian Rant made the nanny dog assertion in an effort to improve the public perception of Pit Bull breeds. However, this claim has little evidence to support it, something that anti-pit-bull activists were quick to point out. There is no record of this term ever being used in the 19th or early 20th-century text to describe these dogs.

That being said, there is no shortage of historical texts that describe the breed. Reason would lead one to believe that if the dogs were truly used in this context, there would be writing on the subject. The only real evidence to back up this claim is the numerous photographs of 19th-century children with their Staffies. This is relatively easy to debunk, however, as the popularity of the breed in general was high, and a large number of households with and without children kept these dogs as companions.

The Staffordshire bull terrier is certainly misunderstood for their perceived aggressiveness, but their reputation as a nanny dog is also misunderstood. They are wonderful companions for a dog owner willing to put effort into training and will surely provide your family, including your children, with plenty of love and affection. Staffies are loyal companions, like most dogs, and their desire to be with humans cannot be understated. 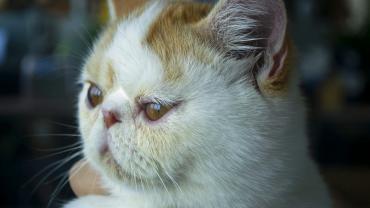