Monkeys are found in different parts of the world, and while this is not known by a lot of people, monkeys are treated differently in various countries of the world. Some people are fascinated by them, others fear them.

There are also those people who revere monkeys as their Gods and they worship monkeys and feed them all sorts of delicacies that these monkeys enjoy without ever thinking about why they are getting food in the first place.

How Did it Begin?

On sight, monkeys look extremely adorable. People also compare monkeys (lookwise) to humans and say that since we share almost the same genetic material, we look a little similar too. Comparatively, that is true.

We bear almost no resemblance to other animals except monkeys. Whether we talk about small monkey breeds or large ones, almost all of them look like humans.

In Asia and Africa, there are more than 350 species of monkeys. When it comes to household pets, people usually think about cats, dogs, and parrots. A monkey is not the first animal that comes to a person’s mind when they are asked about a pet.

There is a reason for this and quite a big one. Monkeys, well most species, are not capable of being kept as pets. It’s true that some people go out of their way to adopt monkey breeds that are not supposed to be kept inside houses, but that is not right. In the end, there is a reason why these species or breeds of monkeys are said to be dangerous.

You may find this surprising, but some people do consider some of the small monkey breeds can at times be kept as household pets. But before we talk about those, it is important to know that monkeys are not the best pets out there. Large monkeys definitely deserve to roam in the wild.

These creatures may seem harmless and nonthreatening but have landed people in the hospitals. The aggression of monkeys is actually quite famous. Even if you have raised a monkey in your house since it was very little, there are still chances that it can attack you at any moment. Monkeys are unpredictable and they can react out of order and habit as well.

This goes for small monkey breeds and large ones, which makes them all extremely dangerous. Going near a monkey at this time can also prove to be a huge mistake. Keeping a monkey will always pose a risk to your family. This potential risk is very heavy, considering that monkeys are not kept as pets.

Furthermore, there is no changing the fact that monkeys are wild creatures that can harm you at any time. Even if they have been domesticated, they are still monkeys at the end of the day. They do not have a mind like humans.

What Can They Do?

Larger monkeys are also capable of killing people and this is quite true. There have been encounters between humans and larger monkeys where humans got too close to the comfort of monkeys. It may take a few seconds, but these primates can snap someone’s neck in half or maybe drag them across the ground into their domain.

However, there is no denying that a monkey can be raised in a civilized way as well. Still, the threat it poses can never go away entirely.

Even though it may look like it, monkeys are not supposed to be hugged or cuddled. They live long, and they require care as pets. Just keeping a monkey, feeding it daily and washing it once a week is not sufficient. You have to be around the monkey every day and you need a big place for it.

Since monkeys like to hang in forests, giving them a small place would just be cruel. Of course, giving them a garden is not possible but you should try to create a place in which your monkey can easily roam, hang around, and have some fun.

This will also act as a stress relief for the monkey. You can create or maintain a 30-square foot enclosure for your monkey, and see how it adapts to that place. If the monkey looks relatively happy, then it has accepted it, otherwise you will have to arrange for a bigger place.

Just like it is with dogs or cats, monkeys also have various breeds, whether large or small. They can be quite interesting to observe if you know how to protect yourself in case things go wrong. Small monkey breeds in particular are highly intelligent and can almost imitate human behavior with training.

This is a New World monkey. This small monkey is seen in most movies and TV shows as well. They are usually shown doing street performances, and they are identifiable from their funny tricks. People love their acts and pay them with money and food for the monkey as well.

Capuchin monkeys live around 40 years and they are said to be highly intelligent. Their intelligence is shown in their pranks and tricks. Even though they are touted as smart, they still do not know how to accurately utilize the toilet like humans do.

Therefore, these monkeys either travel without a diaper and dirty everything around or they are found with diapers on them.

This breed is not recommended as a pet at all. Why? Simply because chimpanzees are very aggressive. They are known to act violent and weirdly in situations. People have tried to keep chimpanzees as pets in the past and they thoroughly regretted it.

Chimpanzees are not technically monkeys. They are very strong and can become large as well. It is also true that they have killed people in the past.

These monkeys are found in Asia. They have a life span of around 30 years and they run fast. You can keep a macaque monkey in a cage or in an enclosure, but make sure that they have enough space to travel easily.

These are tiny New World monkeys that are light in weight. Although they will last less than 15 years as pets, they are cute. Make sure that the enclosure or cage you buy or create has small bar spacing. Or else these monkeys will get a spot to escape from. They are very smart and they require vitamin D to grow big.

All and all, there are many different small monkey breeds that can be kept as pets. However, all require care and attention. It is necessary to be alert and conscious around your pet monkey. If the monkey becomes a little aggressive, then there are actions that will let the monkey know that it has done something wrong. 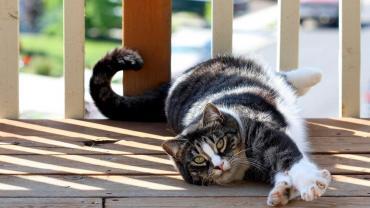