Red rump parakeets are different from other parakeets and birds. They have a pleasant chirp which makes them hugely popular with bird lovers. These parakeet species are colorful, moderate-sized, and most commonly found in southwestern Australia.

The scientific name of this bird is Psephotus haematonotus. These birds have an ever-increasing population, and they are in the least concern category in the IUCN red list.

How to Tell Males and Females Apart?

A male red rump parakeet will have green plumage with a blue and green head along with yellow shoulders. In contrast, the female bird does not have a vibrant plumage.

Instead, female birds have a green front with yellow scales on their body. A Mulga parrot also has a similar appearance as the red rump parakeet. The former is just predominantly green.

These kinds of parakeets are very energetic birds. You will see them moving around all day in their cage. They are social birds and like to be around other members of their species. This is why it is always best to keep them in a pair.

According to Aviculture Hub, they are known to show aggression at times, so it is best to keep one pair in a single cage. When they are preparing to breed, their aggression levels can increase significantly. They can attack other birds in the process, so it’s best to keep them separate.

These birds are ideal for families and children. Due to their tiny beaks, they can’t hurt kids or younger members of your family. You need to have lots of patience to gain their trust. You can teach them to eat from your hand, but it will require consistency and practice. Even though they do enjoy human interaction, they can be very happy on their own as well. You will not see a red rump imitating human speech however, so don’t bother.

Their call is very soft; almost like a song. They are known to whistle as well. You will also hear them chatter shrilly when they are defending their territory or fighting with one another. The most vocal time for these birds would be either dawn or dusk. This is usually when they are feeding. As pets, they like to chirp among themselves. Even though they are capable of learning simple words, you will not see them imitating humans.

In general, these birds are mild-mannered, but they possess aggressive tendencies. They tend to get aggressive if they feel threatened. Since they are territorial, their behavior can quickly become aggressive if someone invades their territory.

Spending time with your pet bird is also recommended to build a bond with your bird. If you leave them alone for too long, they will become hostile.

These birds need a large cage to utilize their energy efficiently. An ideal cage would be 32x32x20 inches. It also prevents them from exhibiting their anger toward other birds. It is recommended to avoid round cages as it restricts their movement. You should also include ladders, swings, and perches in the cage so that they have different places to sit on.

If you choose to build an aviary instead of buying a cage, make sure it has enough room. You can easily buy cages or aviaries online or from your nearest pet store. Some of them are meant for indoor use whereas others are for outdoors, so buy one that best meets your needs.

These little birds are susceptible to many health scares and can even starve if they are not fed according to their liking. A good diet for a red rump includes millets, canary seeds, and sunflower seeds. Unfortunately, it is not recommended to restrict your bird primarily on a seed diet if you want to maintain their health. For that matter, you should also include sufficient amounts of cuttlebone, egg food, spinach, lettuce, and carrots in their diet to keep them healthy.

Weaning them from a predominant diet of seeds to fruits and vegetables may require time and patience due to their stubborn nature. How quickly they adapt to a new diet also depends on their personality. Some red rumps might adjust very quickly, whereas others might require more time. Ensure that the fruits and vegetables you are feeding your bird are well washed and clean to prevent any health problems.

There are three main accessories that you will need to keep a red rump in the house. First, you will need a birdbath. Red rumps love bathing daily, and if they don’t have a spot to bathe in, their feathers can lose their color and will become weak. You should also frequently mist their feathers with a spray bottle.

Secondly, you need to get some miniature climbing ladders. Due to their high energy, these birds will not be happy if they cannot expend their energy through the day. Since they are known to be overeaters, they require climbing and exercise to remain healthy.

Lastly, you will also require bird toys. Red rumps are intelligent birds; they need toys to stimulate their brain to avoid boredom, which could lead to destructive behavior.

In the wild, these birds are known to be hardy and do not get sick very often. They have remarkable resistance to diseases if kept under good conditions. But, if not, they can suffer from diseases such as eye infections, parrot fever, respiratory problems, and several others.

Breeding these birds is legal. They are very easy to breed and can be an ideal choice if you are just starting your parakeet breeding journey. Their breeding season begins in July and lasts until January. You can expect four to six eggs in each breeding session. When breeding, you will need to keep the nest box in the cage. The next box should be kept as high as possible while still freeing room for the male to be on top of the nest while the female is inside it.

Some price variations are seen due to their color and health. You will need to pay up to $300 for a red rump. However, these birds are relatively inexpensive in terms of long-term care. Only the initial purchase of the cage, birdbath, and toys will set you back a decent amount. After that, you don’t need to spend a lot.

Overall, the red rump can be an excellent addition to your family if you are interested in bringing a parrot home. They do not require intensive care and lots of attention, and can be easily housed in a spacious cage with plenty of toys. These birds are a constant source of entertainment around the house. 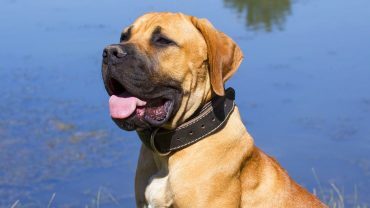