There are many, many different reasons why people have chosen to breed dogs the way they have. Long, long ago, when dogs were often working, they were bred for strength, diligence, and obedience. After all, these were extremely important traits in dogs that would guard farmland and hunt down animals of all different sizes.

However, as people began to develop more, dogs became more of a household companion rather than a hardworking animal. Instead, people began to focus more on appearances and trying to make the dog as cute and amicable as possible. One good example of this is any one of the relatively new designer breeds out there.

Designer breeds are a type of mixed breed dog that is somewhat recent, in the timescale of dog breeding. They are often bred solely for their appearance, and because of this, there are a couple risks to getting a designer breed dog. For instance, you may not know what conditions this dog is prone to, simply because there hasn’t been enough time to research them all yet.

One good example of how a designer breed can turn a dog for the better is the puggle: a mix of a beagle and a pug. These friendly and charismatic dogs resemble pugs quite a bit, but they do not carry the same plethora of health conditions, making it a potentially better dog to adopt instead.

Where Did the Puggle Come From?

As this is a designer breed of dog, there is very little history on how the puggle came to be one of the more popular designer breeds out there. It is believed that the original puggle was actually a mistake of crossbreeding a pug and a beagle together. Most people believe that this happened sometime in the 1990s, making it a relatively recent designer breed. From there, there’s a good chance that people latched on to the dog’s appearance and attitude, causing its popularity to soar.

Because of how new these dogs are, in terms of breeding and creating new breeds, there are not yet any clubs out there for breeding puggles. Because they are a mixed breed, they will not be recognized by the American Kennel Club, and most other breed recognition places will not recognize this breed either. There are also next to no breeding standards, so there can be a lot of variance between littermates, and even more between dogs that aren’t related. This is something to be aware of when you are searching for your next dog.

The puggle shares characteristics of both the beagle and the pug, but it is far more noticeable that this breed heavily takes on after the pug. These are generally medium-sized dogs, often weighing no more than about 30 pounds. Their height can vary quite a bit, depending on the height of both the parent dogs. It tends to have a slightly wrinkled face from the pug heritage, although the face will not be nearly as flat as it is with a pug. This helps the dog out tremendously, as it won’t face as many health issues associated with flat faces.

Instead, the snout of the puggle takes on after the beagle, as do the dog’s ears. These dogs tend to have somewhat elongated, droopy ears and eyelids that much resemble the beagles.

These dogs typically have a very short, but soft coat of fur that is easy to manage and maintain. They often have similar coloring schemes to pugs in the sense that these dogs almost always have darker markings around the ears, eyes, and snout. Aside from this, these dogs are primarily crème colored, although they can range into ruddy, brown, and even blacks. These dogs are usually solid colored, aside from their iconic markings on their faces, although a few dogs may have white socks around their paws.

How Does the Puggle Behave?

Because these dogs are a combination of both the beagle and the pug, it can go without saying that these dogs have a massive personality for you to take care of. These dogs love to socialize and they love to play around with both friends and family alike. While they are not considered high-energy dogs, they can be somewhat demanding when it comes to giving your puggle the attention that it craves, so do be prepared for this if you spend a lot of time at home.

If you do not give them the attention they are looking for, they may become destructive or they may begin to bark or howl. They enjoy playing active games with you, and if you can’t always spare the time for a game, you can consider purchasing interactive toys as well to help stimulate your dog mentally. They have a naturally high prey instinct, so do be careful if you have cats or other dogs smaller than your puggle.

These dogs are extremely affectionate and caring to their owners and love to spend time with you. They prefer to cuddle up next to you, on your pillow, and especially on your lap. In fact, they love snuggling up with you more than they love playing, and that is saying something. If you let your dog into your room when you sleep, there’s a good chance that you will wake up with your puggle sleeping beside you.

How Do You Care for a Puggle?

Caring for a puggle is pretty straightforward. They require little to no grooming as their fur is short and easy to manage. Generally, you can get away with brushing your dog on a bi-weekly basis, sometimes a weekly basis if your dog has longer fur. Bathing should only be situational and occasional, saved for times when your pug gets itself into a mess and can’t groom itself off the same way a cat would.

These dogs do need a decent amount of exercise to keep up with the endless amount of energy that your dog has. Brisk walks throughout your neighborhood will often be enough to keep your dog happy and satisfied. When you are out walking them, you should never let them off the leash and you should make sure that you have a strong grip on it, as the beagle’s blood may make your dog more prone to chasing things on instinct.

How Is the Puggle’s Health?

It is hard to gauge the exact health of a puggle, as there simply hasn’t been enough time and regulation to see what kind of health problems these dogs are more prone to. As a nature of being a mixed breed, the puggle has the chance to inherit hereditary problems from both beagles and pugs, which is something you will need to be well prepared for when you adopt your puggle.

As for the pug’s bloodline, some of these conditions may not be inherited, as the puggle doesn’t have the same flattened face. This does leave a few skeletal, hepatic, and eye problems that your dog will be more prone to. Some dogs may also be more prone to heart conditions, depending on the health of the parent dogs. With good care, these dogs have an average life expectancy of 12 to 15 years.

A good breeder will be more than willing to talk to you about these kinds of issues and about the parent dogs’ health. If your breeder is not willing to talk about these things, then you need to find another breeder, as it is common practice to be open about the potential health of the puppies you are about to adopt. 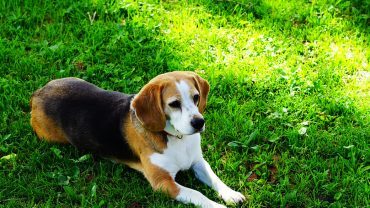