Rats make for great pets thanks to their intelligence and affection toward humans, but pet ownership comes with many responsibilities. Though rats are small and short-lived, you shouldn’t assume raising them takes little time or effort.

Rats need frequent stimulation precisely because they’re smart and enjoy using their brains and interacting with others.

Training is a fun and effective way to fulfill a rat’s needs. Speaking of fun, why not share your love for sports with your pets? You can even teach them to play a small-scale version of soccer against each other once you get the hang of training.

A General Overview of Rat Training

So how do you train your rat? First, consider the following points:

The most common and ethical training methods involve positive reinforcement, which means rewarding your pets when they achieve a task. This reward can be a treat, a compliment, tickles, kisses, or a combination of these. Try experimenting with different approaches to pinpoint each rat’s preferences.

You can teach your rats complicated tricks by starting from simpler ones and gradually building up. Taking target practice as an example, you should first reward them whenever they touch the target until they learn to do it on command.

The next step could be teaching them the “follow” command to run toward the target for a short distance. Lastly, start increasing the distance and adding obstacles.

Owners should understand a bit about rats’ basic biology. The rats we keep as pets are a domesticated form of Rattus norvegicus (also known as brown rats or common rats). They’re social animals who thrive in each other’s company, so you should always keep at least a pair of same-sex rats. While males and females can live together, their rapid reproduction might be an issue.

Young rats are usually healthy but might develop respiratory problems, mammary tumors, and obesity as they age. You can often spot ill or stressed rats by the red discharge around their eyes or nose, especially when accompanied by behavioral changes.

Rodents have limited heat regulation abilities since they mostly don’t sweat or pant, so their cages should stay away from extreme cold and heat. You should also clean the cage often to avoid ammonia buildup, which causes stress and diseases.

Rats should have access to plenty of stimulation (exercise wheels, toys, etc.), but not to the point where disassembling the cage for cleaning becomes too time-consuming.

Caring for Your Rat

Contrary to what you might expect, rats spend much of their time grooming, so you don’t have to worry about keeping them clean. Indeed, you might want to pay extra attention if your pets stop grooming since there could be something wrong with them. That said, you still need to pay attention to a few crucial things.

You should find a balance between quietness and social activity since rats enjoy being around humans but spend most of the day resting. Rats can feel threatened by other pets, especially cats and dogs, so place the cage somewhere they can’t access. Avoid direct sunlight exposure.

Rats are omnivores and, in the wild, tend to eat pretty much anything they find. Of course, this doesn’t mean you should neglect your pet’s diet.

Rat pellets are nutritionally complete and should be their primary food source, but supplement them with small portions of vegetables, fruits, grains, and low-fat meat. You can also feed them higher fat foods like cheese and nuts from time to time.

Rats need at least one hour of exercise outside the cage. Prepare a safe play area to avoid rats from chewing electric cables or house plants (some of which might be poisonous to rats). Watch out for gaps and close the doors and windows.

Though rats usually groom themselves, you should trim their toenails once every month or two. Remember to inspect their teeth and check whether they’re overgrown. Give them objects to chew so that their teeth remain short and healthy.

Recognizing rats’ behavior patterns is essential because they help you determine whether your pet is content or distressed. You should never force a rat to do something against their will during training sessions or any other time unless you have a good reason.

It’s hard to tell if other animals have similar emotional experiences to us since we can’t ask them. Still, research suggests that rats vocalize a sort of “laughter” that’s too high-pitched for humans to hear under normal circumstances and end up with pinker ears after being tickled. It’s safe to assume they enjoy being tickled since they run over to people’s hands for more tickles.

The most noticeable signs of rats’ content are boggling and bruxing, though they often seem strange to first-time owners who might think they’re distressed instead. Bruxing happens when rats clench or grind their teeth (more specifically, their front incisors), while boggling refers to fast, unusual eye movements.

When rats feel pain, they tend to narrow their eyes, curl their ears forward, and flatten their noses and cheeks. Other signs of discomfort or illness include sneezing, wheezing, staring, and a hunched posture.

As mentioned earlier, you should start teaching your rats simple behaviors to work your way up to more complicated tricks.

The “shake” command is simple. Start by saying it out loud, then touch your pet’s front foot and reward them. The rat will eventually learn to associate the command to the action and the reward, though they might only lift a foot at first. Keep raising the bar until they lift their foot purposely and let you hold it.

The easiest way to teach a rat to stand up is by holding a treat over their head after saying “up.” Keep raising your hand higher until they have to stand on their hind legs to reach the reward. Eventually, your pet will associate the “up” command to the desired behavior.

Now that your rat is used to simple tricks and commands, you can begin introducing games. Soccer isn’t extremely hard for rats to learn but not super easy either, so remember to be patient. First, you want to teach each rat how to score goals. The basic steps are:

Once each rat has mastered pushing the ball into the net, you can train them to play against one another.

When it comes to training your pet rats, the sky is the limit. They’re brilliant animals who enjoy challenges, so as an owner, you should come up with ways to keep them entertained. As long as you stick to the basics, you can train a rat to do pretty much anything. Here are a few suggestions if you need inspiration: 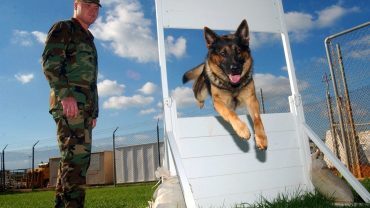