It is a well-known and well-established fact that dogs have been around for centuries and millennia. They once roamed the forests as wolves, and over the course of human history, people have domesticated and bred dogs to their liking, creating the hundreds of different dog breeds that are around today.

However, there are still some breeds that you can find that have their roots deeply embedded into history. Some dogs might just be very close descendants of wolves, making them a better representation for how the dogs of older times used to look. Other dogs may have had a significant political impact on countries, leading it to become a mascot. Then, there are some dog breeds that were more common in older times, meaning that some of the dogs you can adopt today may have had an ancestor that travelled with the Vikings. If you are interested in a dog that has its roots in history, then the Norwegian Elkhound will be the perfect dog for you to consider.

These beautiful and elegant spitz dogs are considered to be one of the oldest dogs of Europe. People believe that they accompanied Vikings and sailed along with them exploring the new world far before the Americas would be discovered by Christopher Columbus. They have also been depicted as a figure in both art and legends of the Norse. It can go without saying that, long ago, the Norwegian Elkhound may have been a dog as popular and as capable as the German Shepherd, making it a wonderful choice for you to consider adopting.

What Is the History of the Norwegian Elkhound?

Honored as one of the oldest breeds in Europe, if not the oldest breed, the Norwegian elkhound has quite a bit of history to it. It is hard to pinpoint just how old this breed really is. Experts have been able to trace the breed back to roughly 1,000 years ago, but there is evidence that suggests the breed may have been around for at least 6,000 years before that, living alongside people as far back as 5000 B.C.E. In artifacts that have been found from more primitive cultures, experts have discovered dog remains that greatly resemble the modern day Norwegian elkhound, although this is as far as evidence can go.

However, there is much more solid evidence that strongly connects this dog to the Vikings. It is believed that this dog was a common hunting companion for the Vikings and would accompany them on ships that would explore the world. It is believed that this dog would have been used to guard livestock, hunt larger game, and be a companion for the Vikings. There have been many areas where dogs resembling the Norwegian elkhound have been found in writings, pictures, and artifacts that experts have dug up from Viking colonies.

From there, the breed really came into the light in approximately 1877, when the Norwegian Hunter’s Association held its first dog show. Taking a liking to this breed’s elegant stature, other breeders began working on enforcing breed standards to create what is now known as the Norwegian elkhound, turning it into a strong and serious competitor in rings. While the dog may not fight alongside Vikings anymore, it can still be a charismatic house dog, a capable guard dog, and a determined herding dog. You can even work on training your dog to help you out with hunting, search and rescue missions, and even sledding.

This dog’s body can easily be described as a spitz body type. Spitz-type dogs are known for their long, thick fur, pointed ears, and fluffy muzzles. These dogs almost always have a tail that curls over their backs, or otherwise droops. Characteristics that are specific to the Norwegian elkhound include its strong body and deep chest.

These dogs are relatively medium-sized, making them a good dog for just about any environment. They often reach between 18 and 21 inches, with little variation between males and females. Their weight ranges between 40 and 60 pounds, with the males being slightly heavier than the female dogs.

They have a double-coat of fur that is weather resistant and helps to protect the dog from superficial scratches and scrapes. The fur is almost always longer around the muzzle, neck, and tail. Over the rest of the dog’s body, the fur is relatively short and hard. The fur is usually a grey base color with a lighter undercoat underneath. There are often black markings around the paws, snout, and muzzle. Sometimes the tip of the dog’s tail can also be black in color. Most puppies are actually born with black fur that quickly turns grey as soon as they reach about one week of age.

How Does the Norwegian Elkhound Behave?

These dogs are obedient, capable, and driven dogs. They have many traits of hound dogs, despite not being one. They enjoy doing work, although they will always love attention from you at the end of the day. True to their history as a Viking companion, these dogs enjoy adventuring out into colder areas outside.These dogs may not be the best for you if you live in a warm area, or if you live in an area where an exploring dog could get into trouble. These dogs will usually be friendly to everyone, including strangers.

However, they can be leery toward other dogs and if you have dogs in your home, you will need to socialize and introduce them properly. These dogs have quite a bit of energy and enjoy playing around with you or anyone else who has a toy in their hand. They do have the tendency to bark a fair bit, so you should be aware of this if you have young children or neighbors who live in close proximity to your home.

What Kind of Care Does the Norwegian Elkhound Need?

These dogs do not need too much care when it comes to their coats. Their double-coats are easy to brush and clean under normal circumstances, and because their coats are relatively short, you can often get away with grooming your dog on a weekly basis. However, dogs with double-coats will often shed their entire undercoat out during the year, which will result in significant shedding that will need a lot of effort to take care of. During these seasonal shedding seasons, you will need to brush your dog daily to keep its fur neat, clean, and not tangled.

These dogs have a lot of energy in them, meaning that you should devote a fair bit of time and energy to making sure that your dog is well taken care of in this aspect. When these dogs do not get their energy out as needed, they will often become destructive. They are naturally hunting dogs, so they enjoy long trails outside. If you have an area where you can take your dog hiking, these areas are often perfect for the elkhound. Just remember never to let them off the leash outside, as they will follow their independent hunting instincts.

What Kind of Health Does the Norwegian Elkhound Have?

These breeds are known for being naturally robust. It takes a lot to hurt these dogs and they can also put up a strong fight if they encounter an animal that they cannot run from. After all, they were bred to hunt alone in the Norwegian wilds.

They do have a tendency to suffer from hip dysplasia, issues with the eyes, and problems with the skin. You should always talk to your breeder about this so that he or she can give you a thorough and detailed history on the parent dogs’ health. Any breeder that is not willing to do this is a breeder that you do not want to do business with. When these dogs are properly cared for, they can live between 12 and 15 years, sometimes even more than that if you are lucky. 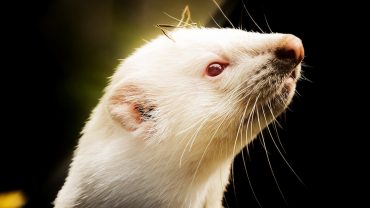